The American and Canadian Salon 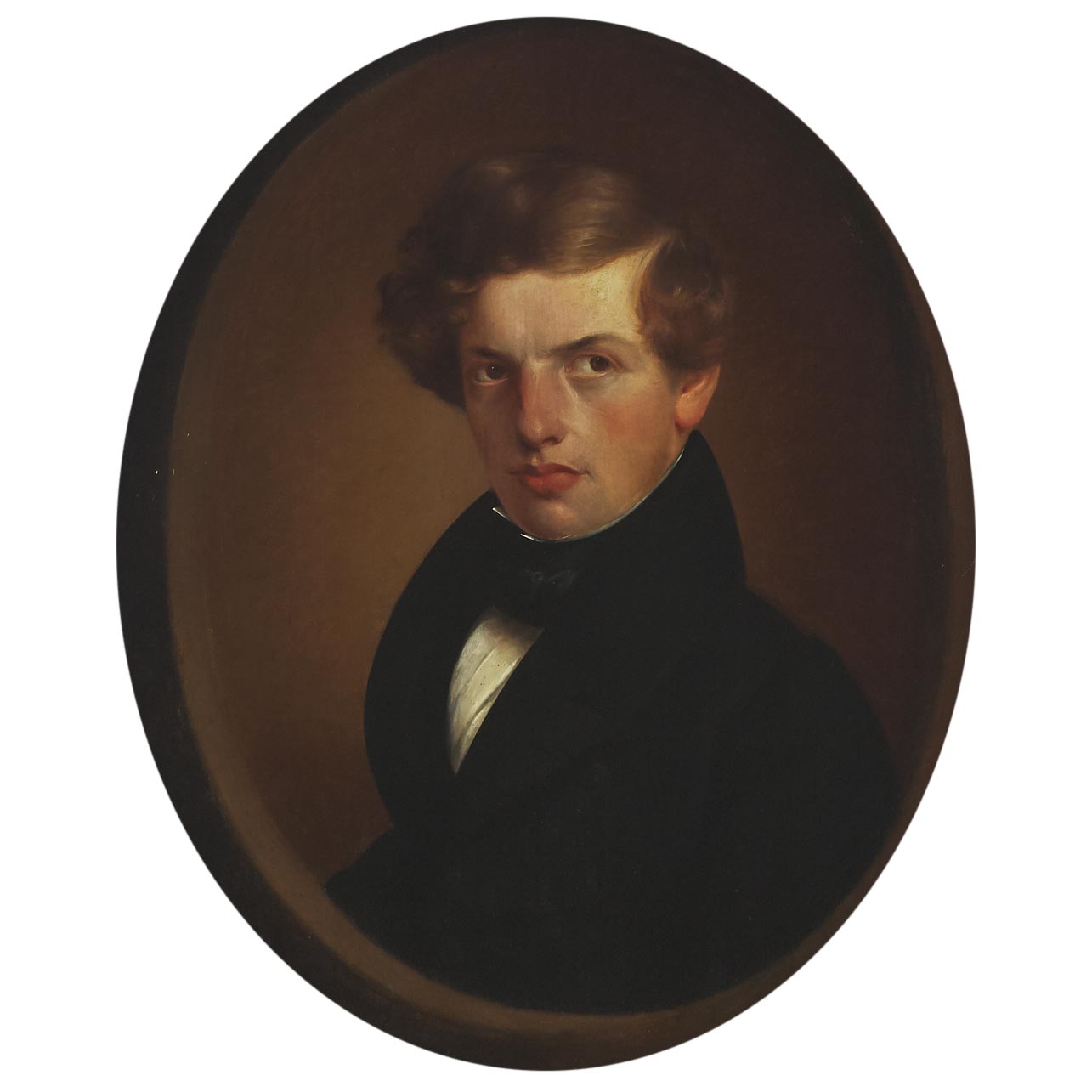 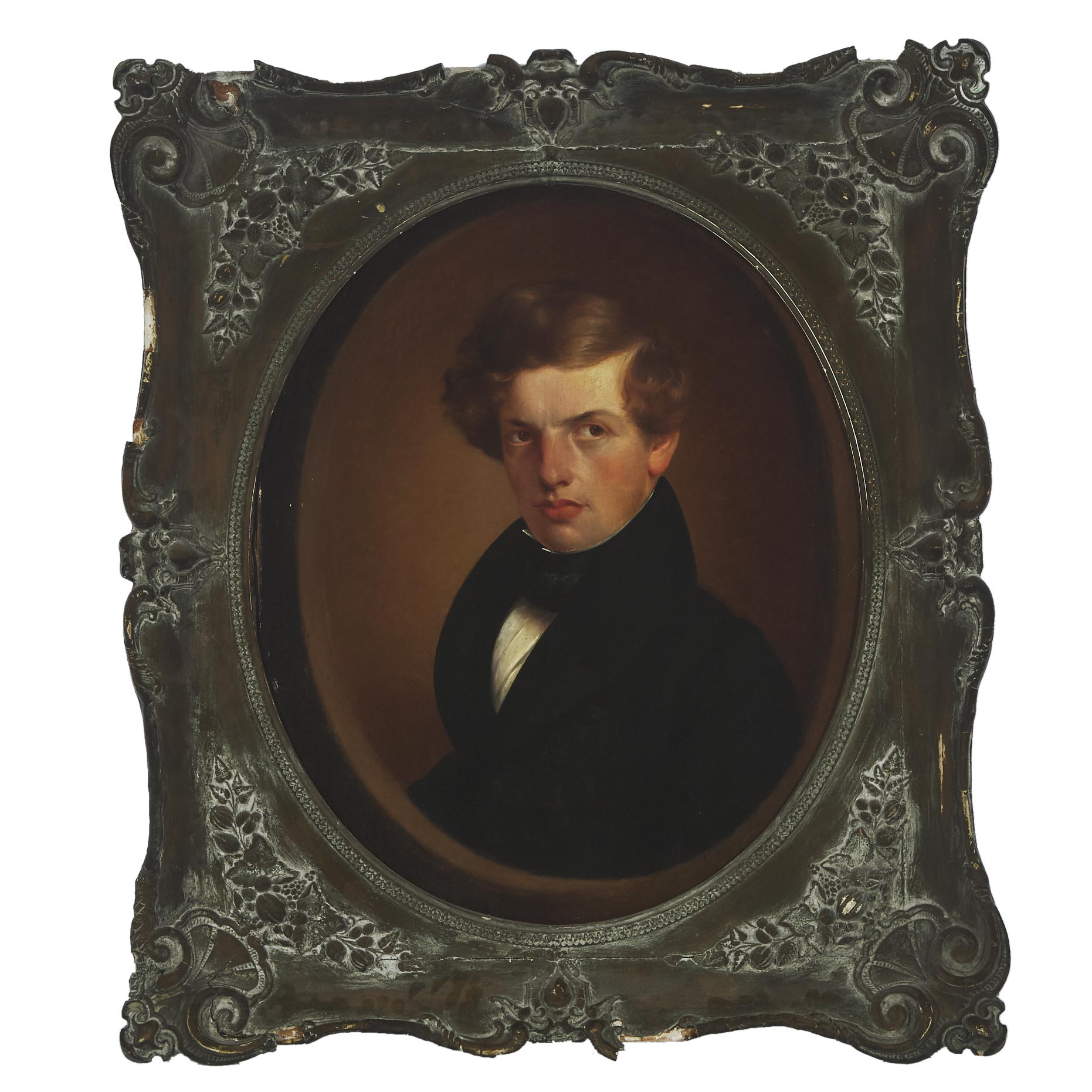 Ex. Coll. Ted and Rosamond Campbell, Saint John, N.B. and later (1977) residing in San Miguel de Allende, Mexico;
Purchased from the Russell L. Bond Auction, "Ted and Rosamond Campbell Auction," Saint John Vocational School, N.B., August, 23, 1975, the catalogue with opinion from Art Holman, stating that this work, dates, in his opinion, from the late 18th century and may have come from the Alexander Graham Bell Estate in Brantford, Ontario, and it possibly depicts a Portrait of Melville Bell;
Beaverbrook Art Gallery, Fredericton, NB, purchased with funds from Mrs. A. Murray Vaughan, Accession No. 1975.11 as "Anonymous, 1830";
Deaccessioned to benefit art purchases at the Beaverbrook Art Gallery

This portrait was sold by the Russell L. Bond Auction, Saint John, N.B. as possibly by an American artist from the Alexander Graham Bell Estate in Cape Breton. However, among the five documents accompanying the lot, Keilor Bentley, the former curator of the Alexander Graham Bell Museum in Baddeck, Cape Breton and Director of the Owens Art Gallery, Mount Allison University in Sackville, New Brunswick, stated in the letter dated July 23, 1984 that he had never seen this portrait before and that it did not come from the Cape Breton Estate. He suggested that it could have come from the Brantford, Ontario home of the Bell family and opined it may have been painted by Mrs. Alexander Graham Bell (nee Eliza Grace Symonds, 1809-1897) from Edinburgh, Scotland. If so, “Portrait of A Gentleman” may be a portrait of Melville Bell (Alexander's brother).

One of the documents dated December 16, 1976 from William H. Gerdts, Professor of Art History at The Graduate School and University Center of the City University of New York, comments, "The portrait [...] is quite attractive, but extremely difficult to pin down -- as to artist or even nationality. The style is international -- professional, not primitive, some sophistication but suggests a touch of provinciality -- its simplification of form, reduction of the body to a series of curves, rather strange foreshortening, etc, [....] is from the 1830s; the costume is certainly not late 18th century [...] it may be American, Canadian, or Irish or English. If American [...] it is from a center other than Boston - New York - Philadelphia - perhaps [by an artist from the] Midwest."