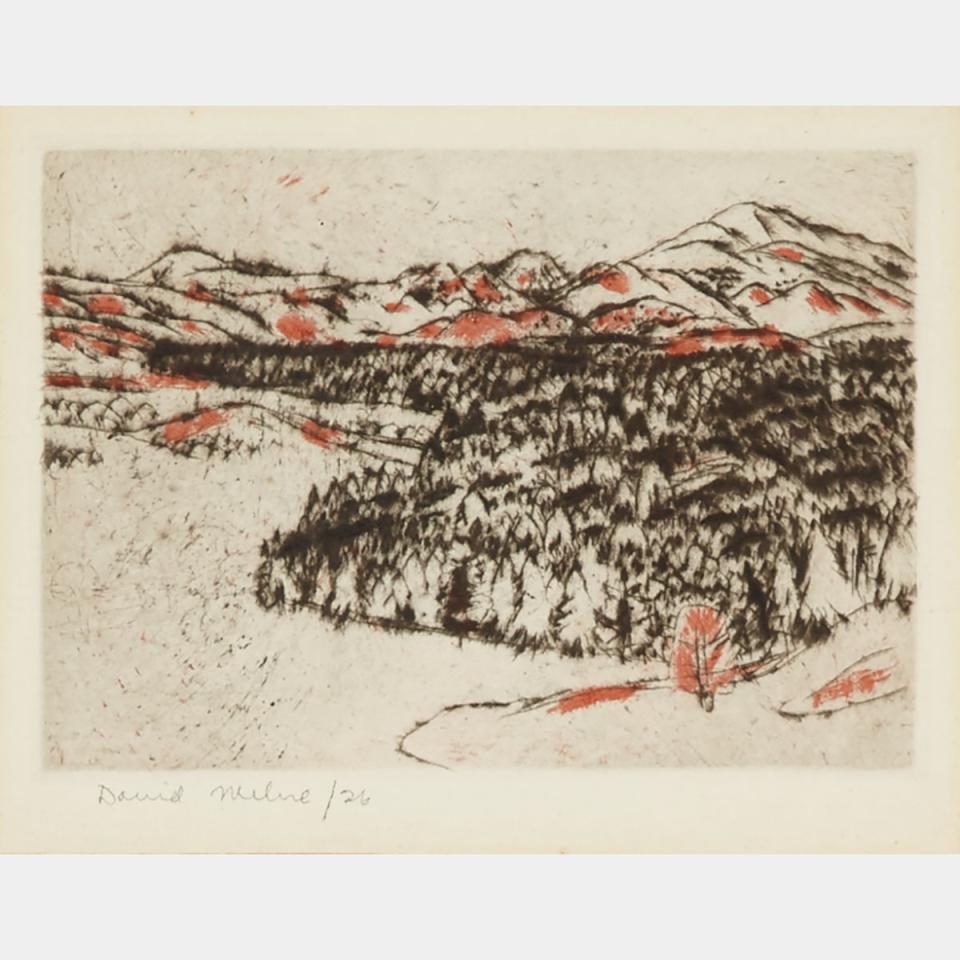 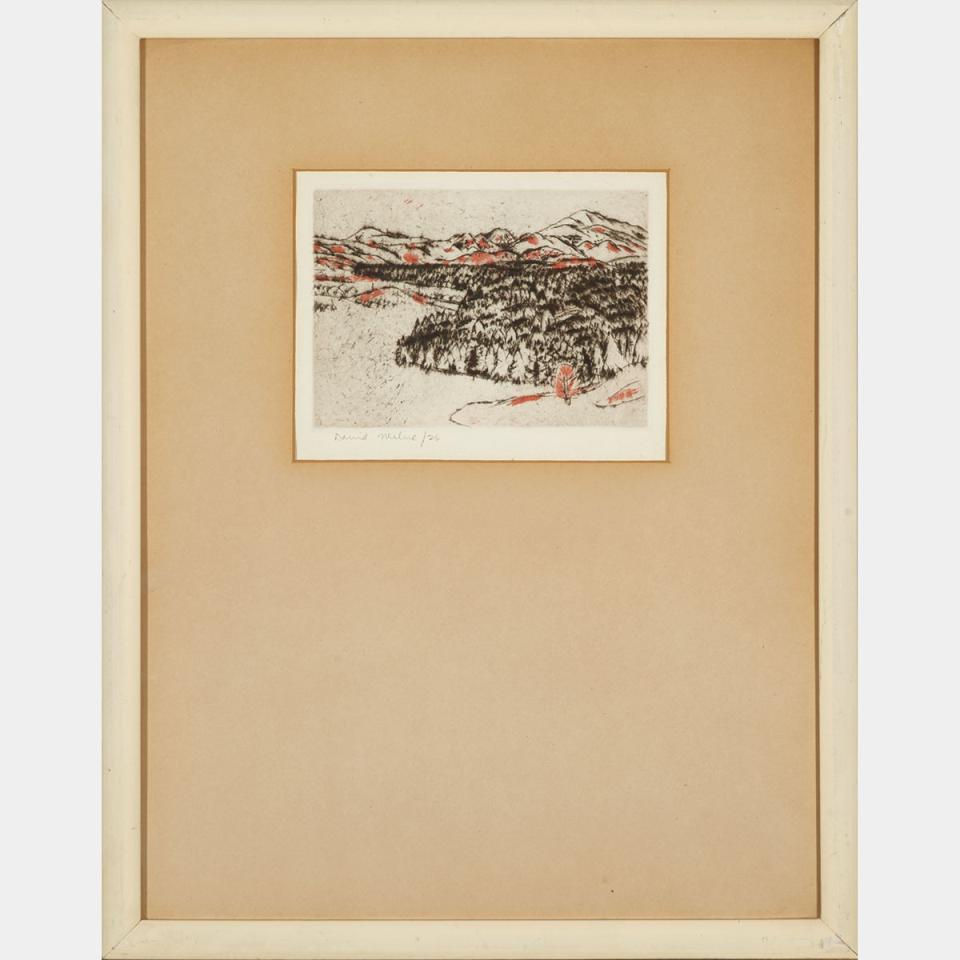 Milne kept detailed notes and maintained a robust correspondence with his dealer, Douglas Duncan. As a result, we know a considerable amount about Milne’s thoughts, habits and the sequence of his art production.

It was at Milne’s Six Mile Lake cabin in 1937 that the first state of Adirondack Lake was produced. The remaining four states, to which group this lot belongs, were pulled over a four day period in late April 1941, at Uxbridge.

Milne had admitted “a weakness for textures” and correspondence between fellow artists testify to his struggle with balancing the contrasts of harsh and soft lines. Rosemarie Tovell suggests that the gap between the printing of the first state in 1937 and the other four may relate to the “specific textural and colour schemes of the subject.” Abandoned then, by 1941 these “fitted in perfectly with his watercolour style of concentrated dark washes and calligraphic lines.”

Of the five states associated with this title, there are no known signed copied of states I through III. There are only twenty-six known signed impressions of states IV and V combined, at least one of which is in the permanent collection of the National Gallery of Canada (State V) making Adirondack Valley somewhat of a rara avis.