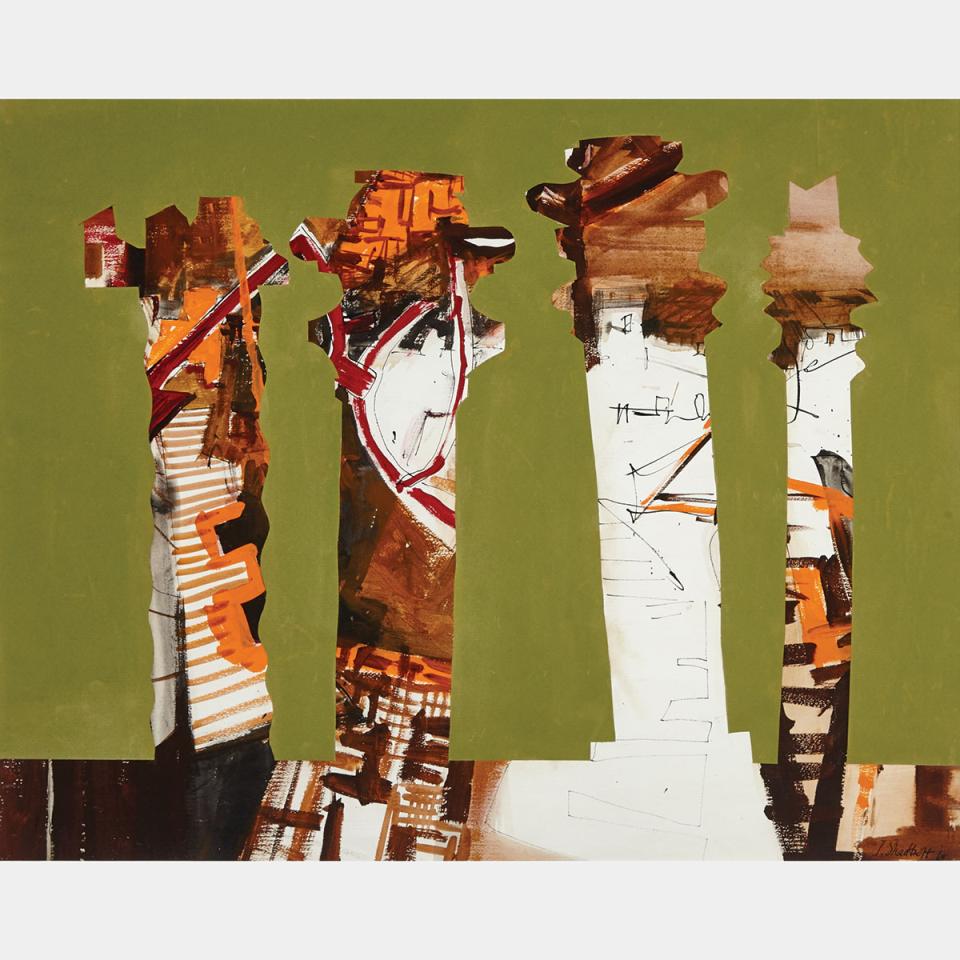 Jack Shadbolt embarked on the Space Between Columns series in 1965. Scott Watson notes that this series “combined painterly and geometric elements” with Greek columns. Sometimes the columns were arranged as pairs, with or without their lintel, sometimes the columns appeared in rows reminiscent of a classic Greek peristyle.

While Shadbolt had visited Greece four years prior and found much to inspire him on that trip, the motifs in the Space Between series were actually prompted not entirely by classical Greece but by contemporary B.C. At that time, Simon Fraser University was being built to the design specifications of Arthur Erickson. This project was a hot topic and prompted much discussion in the community. Shadbolt recalls that it was while walking on that site “it all came back to me, the space between columns.”

While this work was executed at the tail end of the series, Patricia Ainslie notes the relevance of work from this period: ”The experimentation with painted collage increased Shadbolt’s power of invention and affected the manner in which he composed his paintings, especially after 1970.”