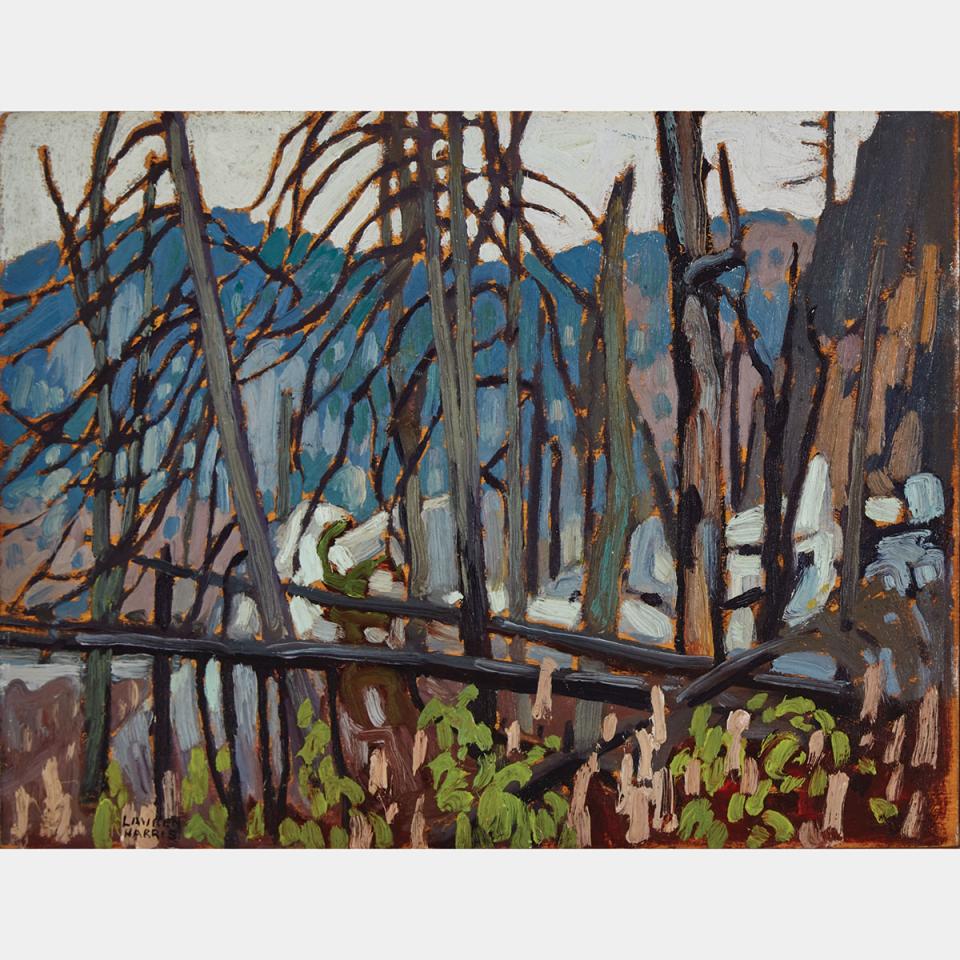 In 1919, Lawren Harris organized a second boxcar trip to Algoma, which included A.Y. Jackson, J.E.H. MacDonald and Frank Johnston. Just as they had done in 1918, the artists first travelled to Sault Ste. Marie where they picked up their caboose, after which they were taken by train to Canyon, the most northerly point of their trip. After several days of sketching in the area, their caboose was hitched to a southbound train, and they began the return trip stopping at Hubert near the Montreal Falls and at Batchewana, before heading back to the Sault and then home to Toronto at the beginning of October.

The Algoma landscape has an overabundance of colour and shape which Harris could draw upon and this sketch contains a lot of detail. However, Algoma was critically important for teaching Harris how to reduce the landscape to its essential forms. Here Harris has ordered the diverse landscape elements into a coherent whole, aided in the process by the seasonal change which eliminated the riotous patterns of autumn leaves from the scene.

This sketch is probably a Batchewana subject, as indicated by the large dark rock formation that rises up the right side of the picture. That it was painted late in the trip is indicated by the absence of colourful autumn foliage on the hills in the background, seen through the screen of dead trees. This motif was a favourite of Tom Thomson, through whose eyes Harris may have interpreted the scene before him. Harris would use it again to dramatic effect in Beaver Swamp, Algoma of 1920 (Art Gallery of Ontario).