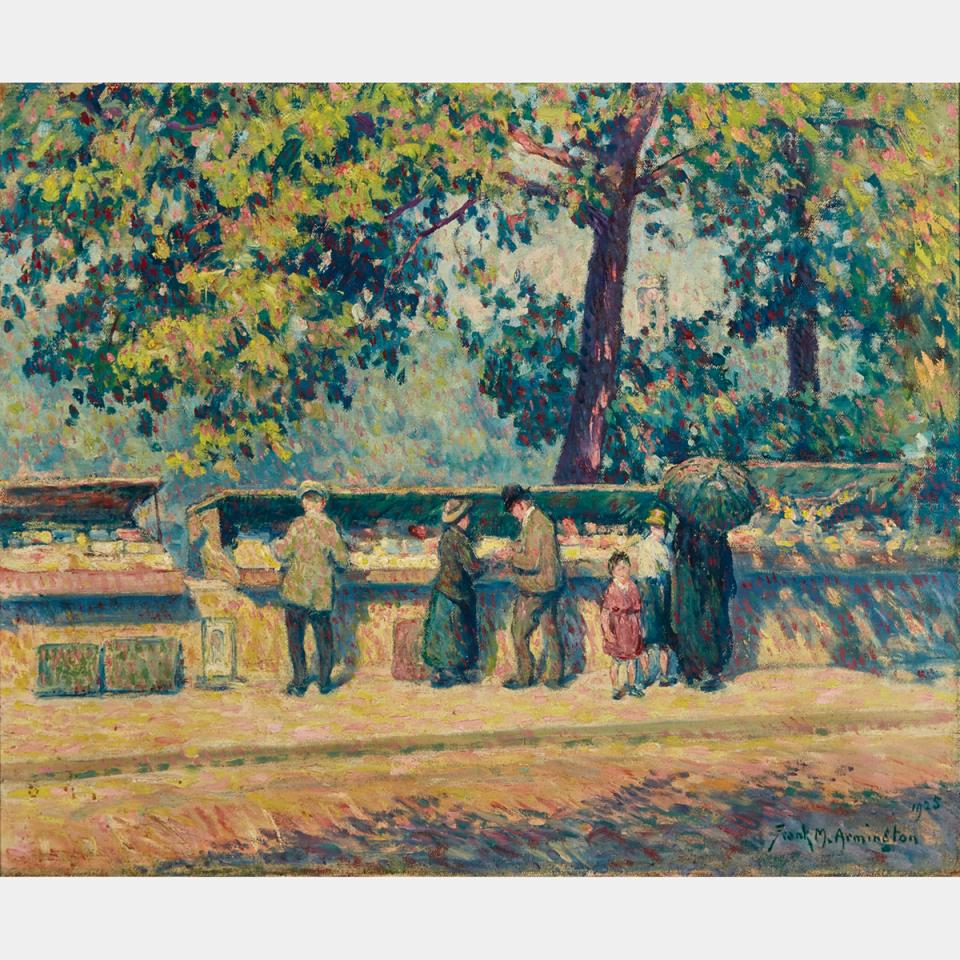 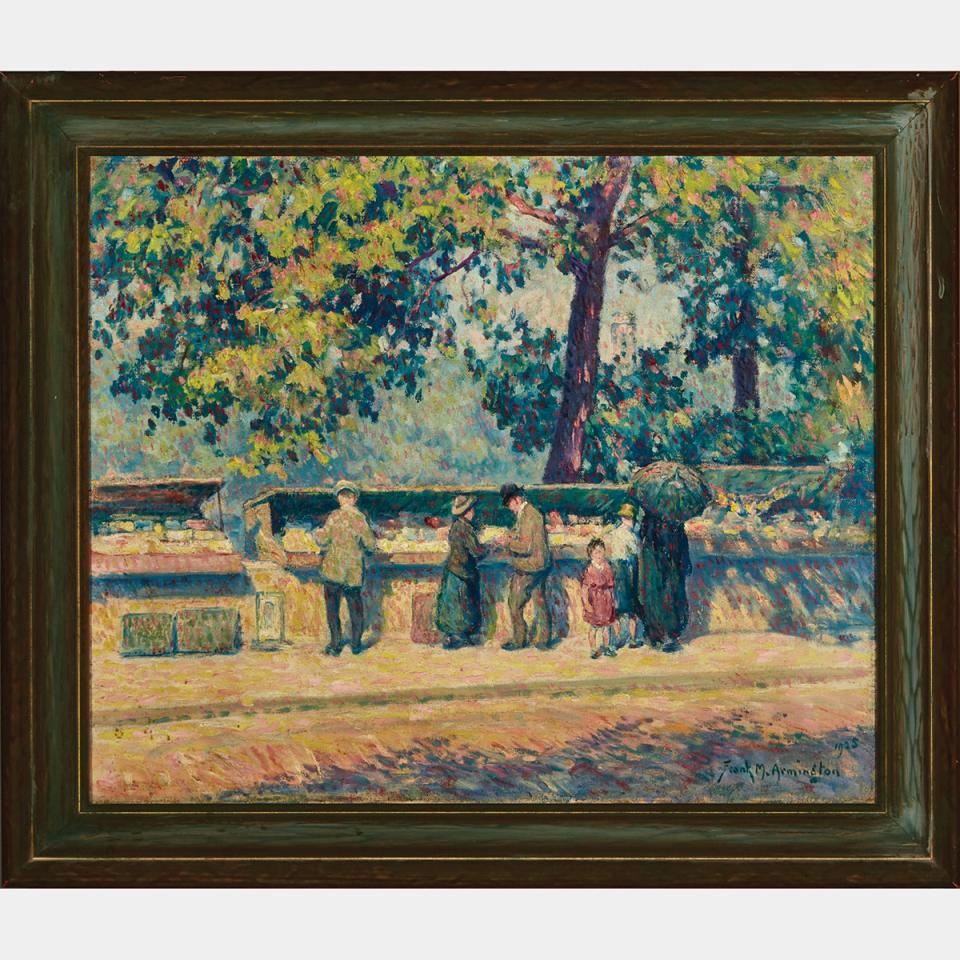 Estate of the artist
By descent to Ann Lownsbury (the artist’s cousin once-removed)
Private Collection, Canada

Paul Duval, Canadian Impressionism, McClelland & Stewart,Inc., Toronto, 1990, page 134 and page 135 for a related work of bookseller stalls along the Seine, reproduced in colour.

Frank Armington enjoyed critical and popular interest internationally though his work was less well-known in Canada and infrequently appears at auction in this country.

Trained in Paris, Armington and his artist-wife Caroline spent most of their lives abroad and exhibited rarely in Canada despite being adept marketers of their work. The Armingtons were represented by some of the best galleries of the day including Durand-Ruel and Ralston in New York. Durand-Ruel was, of course, the gallery which had first introduced French Impressionism, specifically, the works of Monet, Pisarro and Renoir, to the American public.

That the Armingtons were not well-known here had little to do with the calibre of their work and everything to do with the taxes levied on works that were imported to Canada at that time.

The Armingtons were the subject of a major retrospective exhibition at the Art Gallery of Toronto in 1929.