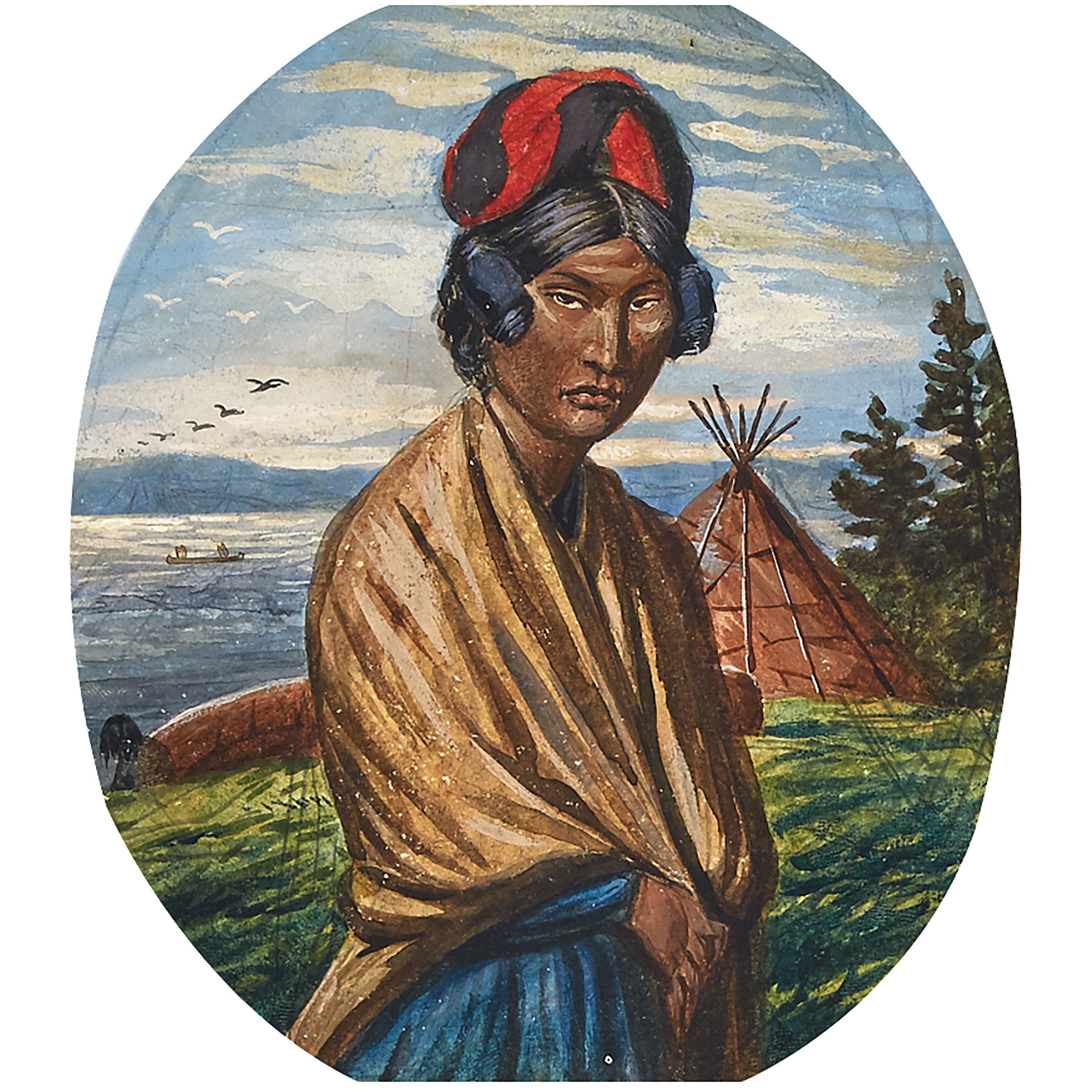 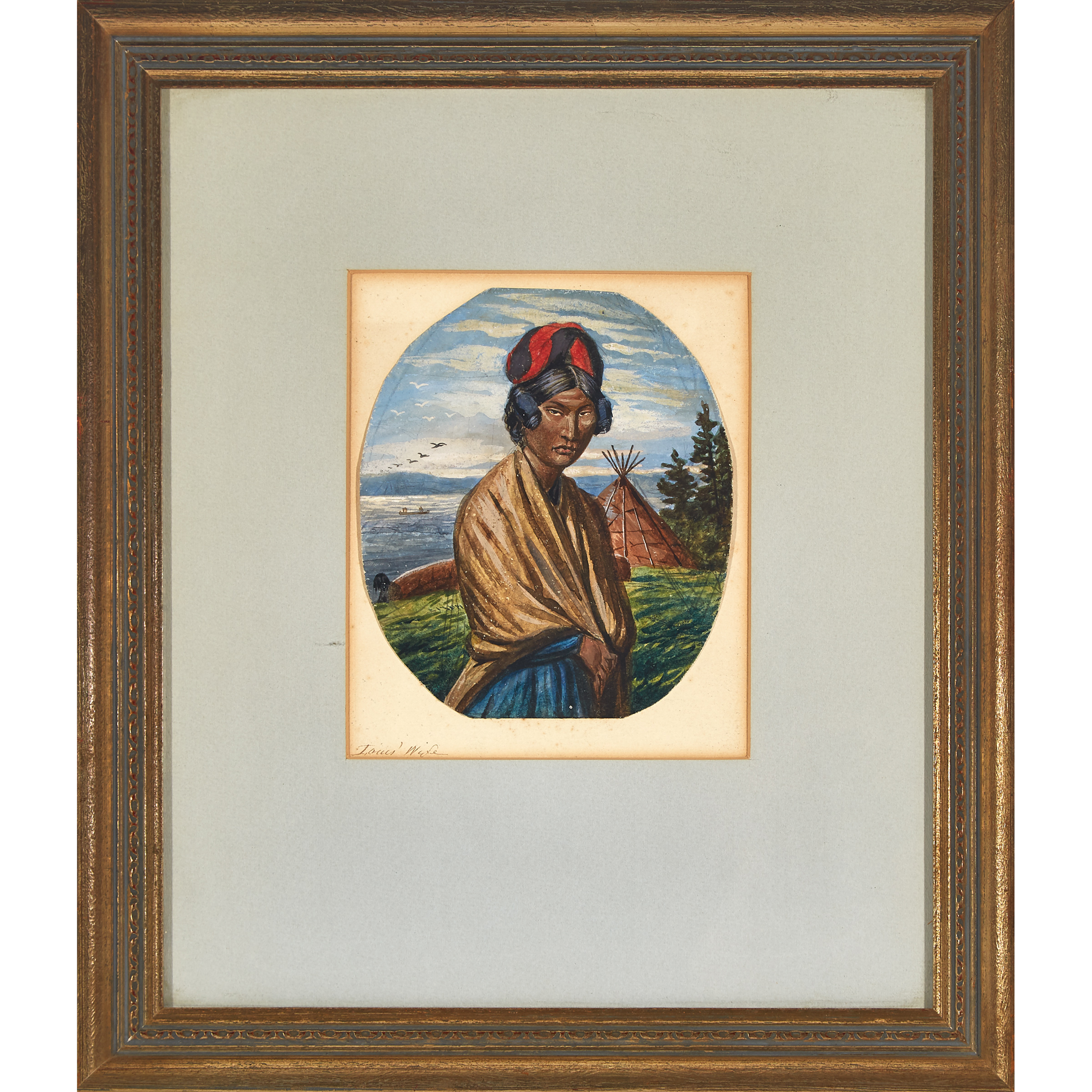 Henry Youle Hind, “Explorations in the Interior of the Labrador Peninsula : the country of the Montagnais and Nasquapee Indians (Volume I, Chapter II, page 22), London, 1863, described

This watercolour is described in detail in Hind’s narrative:

“I turned to look at Louis' wife. She stood near to the place where we were talking… a handsome, determined woman; lips full, but tightly closed; a dark, intelligent eye, which, "when it met yours, rested upon you with a tranquil, self-possessed gaze. Her arms were folded beneath a shawl she drew tightly round her waist. Her hair was neatly bunched up, Montagnais fashion, on each side of her face; she wore the picturesque Montagnais cap of crimson and black, ornamented with braid round the edges as she stood motionless, watching her sisters cutting up a seal…” and, making fun of her unfit, unskilled hunter husband, Louis.


Over 100 of these sketches survive; some were used, without retouching, as woodcut illustrations in Henry’s published report, Explorations in the interior of the Labrador peninsula (1863). After the party’s return to Toronto, William used other field studies as a basis for painting an important series of large finished watercolours; 16 of these were made into colour lithographs for inclusion in the same report.