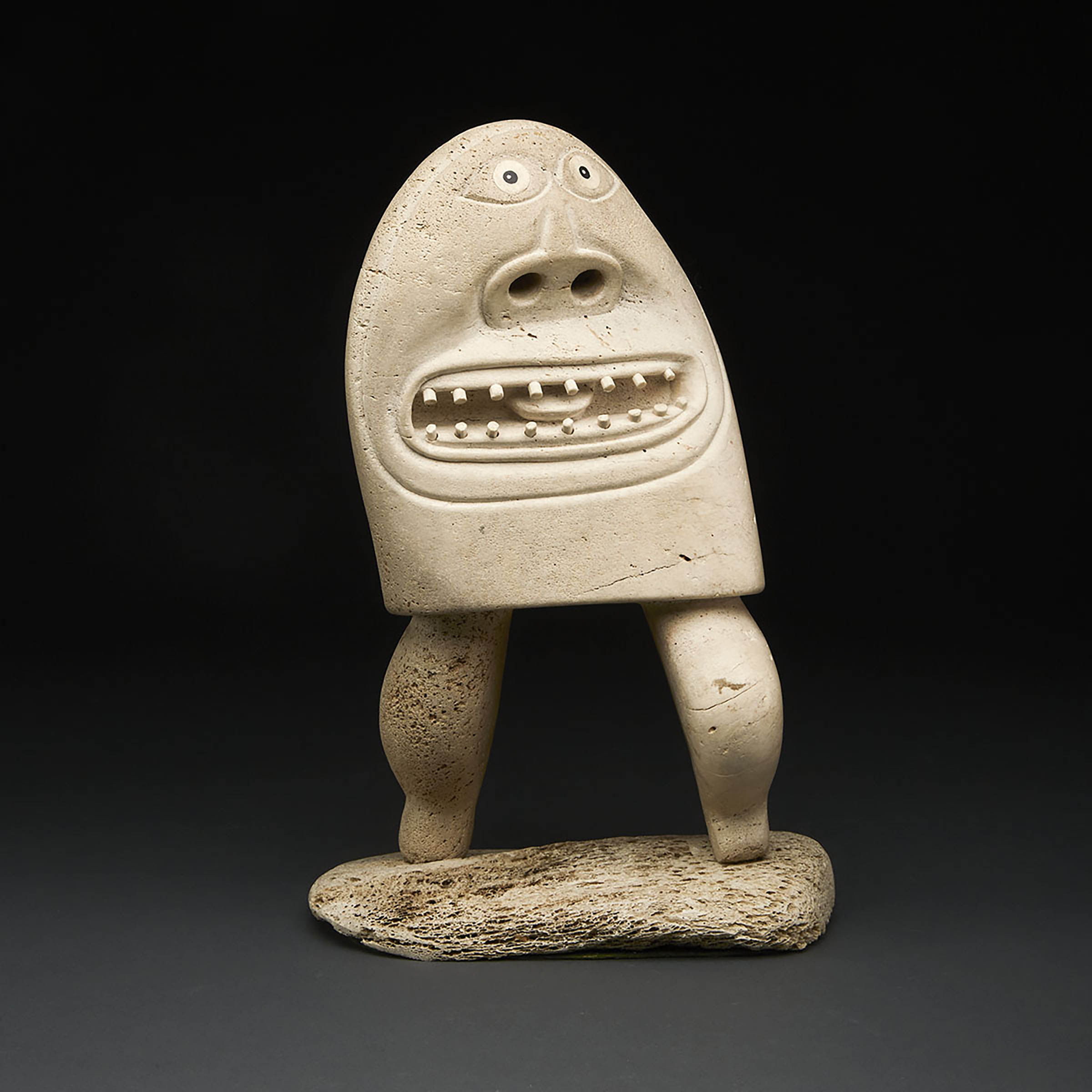 By the time Karoo Ashevak was emerging as an artist, Inuit art had seen many variations and fluctuations, but a narrative of traditional ways of life, modes of survival, mythology, shamanism and arctic animals remained a common theme.

Born in 1940 in the Kitikmeot region of what is now Nunavut and raised in the Taloyoak community, one of the last areas to experience the dramatic change of the new government policies, Karoo Ashevak lived a nomadic, traditional lifestyle as a hunter until 1968, at which time he and his family settled in Taloyoak.

Introduced to arts and sculpture through the Indigenous and Northern Affairs Canada initiative, he quickly became known and sought out for his unique and unexpected sculptures and by 1972 he had a solo show at the prestigious National Museum of the American Indian in New York City.

Ashevak’s principal medium was whalebone, though he used caribou antler, soapstone and ivory as well, and his expressive and playful sculptures of Inuit spirits defied the trend set by his contemporaries towards naturalism.

His whimsical, grotesque, and amorphous figures challenged the Southern Canadian stereotype and expectation of what Inuit art was “supposed to look like”, and Ashevak is largely considered a creative catalyst for artistic change within his own community. Known for his treatment of bone that contrasts large refined and un-embellished expanses with sections of intricate detail, Shaman with Opposing Faces, with its torso like shape atop two small legs, is a keen example of this characteristic style. The smooth surface of the figure highlights not only the facial features and wide open mouth with intricately carved teeth, but also hints at the temporality of the scene, as if the shaman’s frenzied vision or dream has stepped into the visible world only for a brief moment.

As highly respected leaders within the Inuit community, shamans are thought to bridge the divide between the earthly and spiritual world, and the two sides of this sculpture cleverly represent this duality. Ashevak’s bulbous, imaginative and distorted figures lend themselves well to shamanistic representation, and through these whimsical sculptures powerful emotions and traditional stories come to life.  With the onset of Christianity in Inuit communities, the shaman and other long held beliefs were challenged and often criticized, but through a dynamic artistic practice and industry, the Inuit have transformed and altogether adapted to such outside influences; and Ashevak’s sculptures stand at the forefront of this simultaneous resistance and incorporation.

After bursting onto the contemporary art scene, Ashevak’s promising career was cut tragically short when he and his family died in a house fire in 1974. He has left behind only about 250 works representing Inuit life and culture through a vibrant, expressive and playful aesthetic unique to the artist. 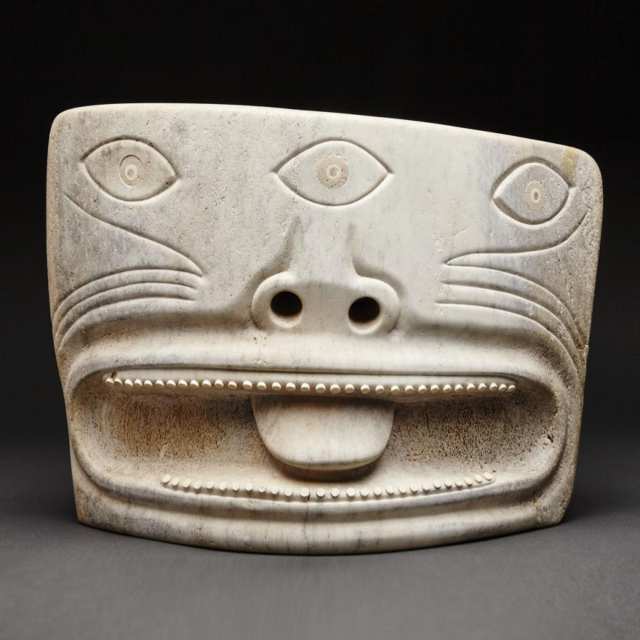 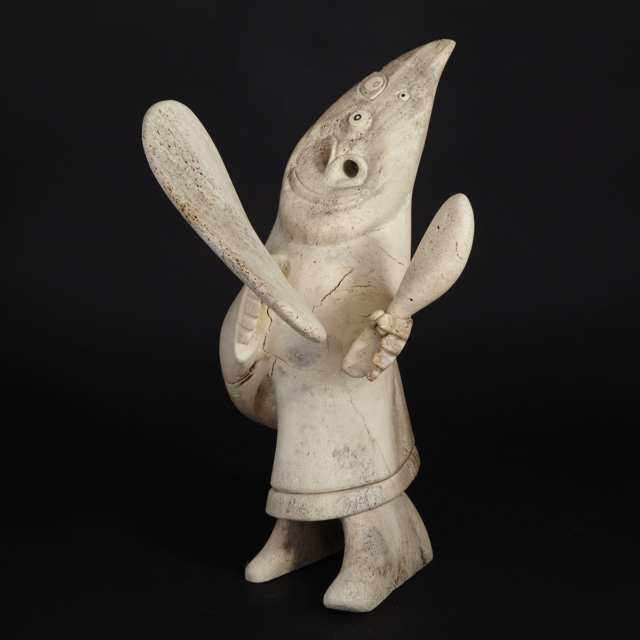 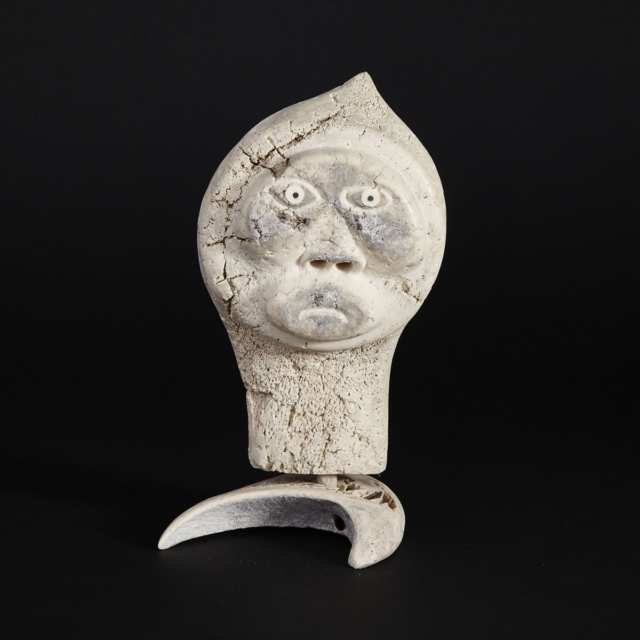 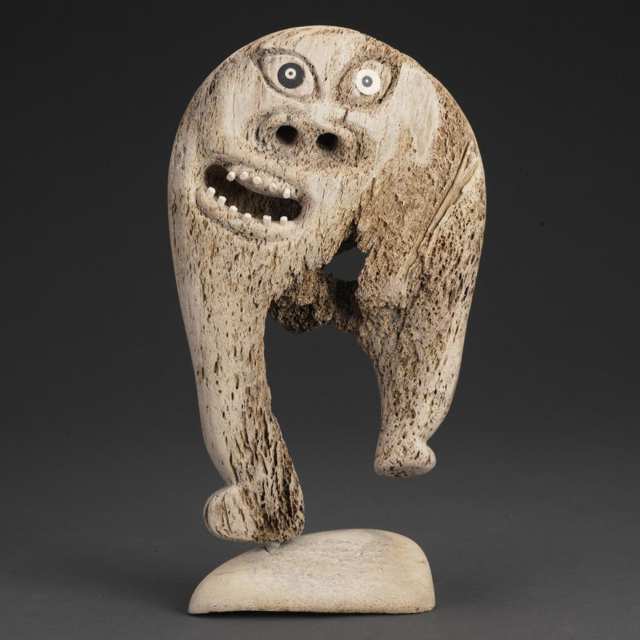 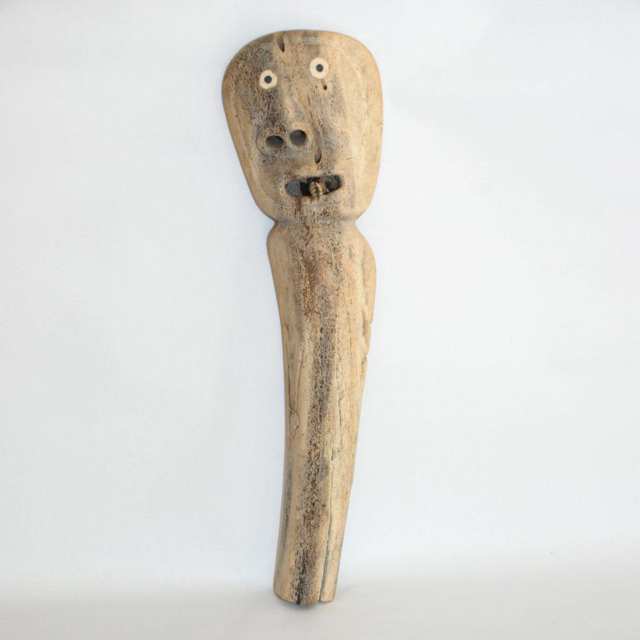