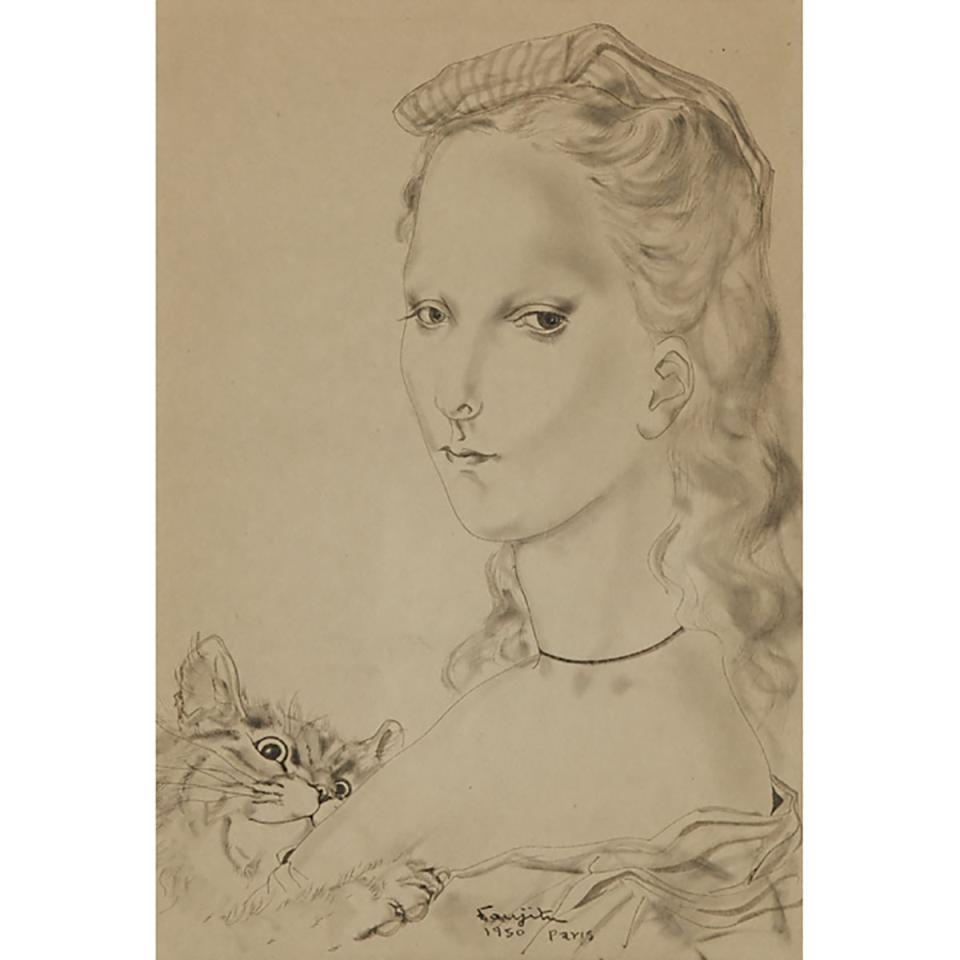 Foujita chose the name ‘Léonard’, as a tribute to Léonard Da Vinci

Léonard Foujita was the toast of the ’20s art world but had vanished from view in the 1930s. A new show returned him to the public gaze at the Maillol Museum, Paris in the spring of 2018

Foujita was one of the most successful artists of the 1920s, worshipped by the critics and art lovers who paid a fortune for his drawings, watercolours and oil paintings. As Paris’s shining art star in the 1920s, he was more successful than Picasso and more acclaimed than Matisse.

The painter, who died as a French Catholic, was born as Tsuguharu Foujita, the son of a general in Japan’s imperial army.

JEUNE FEMME ET SON CHAT, 1950 sold for a record price of $72,000 CAD due to its fine quality, rarity and the inclusion of a cat, one of Foujita’s favourite tsubjects!