The FXSMITH Studio Collection Auction: Behind the Scenes 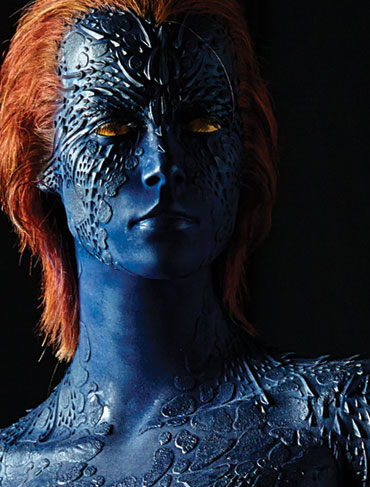 the magic and imagination of the movies

An auction that really takes you behind the scenes at the movies – The FXSMITH Studio Collection Auction is an exploration of the magic and the imagination of some of Hollywood’s most popular and provocative movies.

Another unusual auction for Waddington’s (the collection is part of the William (Billy) Jamieson Estate, which we sold last year), the artistry of the work is extraordinary. The FXSMITH team, led by Canadian Gordon Smith, was comprised of 13 hand-selected Canadian artists, including one of Canada’s best sculptors, Evan Penny. Many of you will have seen Penny’s work in the Art Gallery of Ontario and featured in our contemporary art auctions.

FXSMITH was perhaps best known for bringing the mutants from X-Men to life. Mystique, Wolverine, Sabretooth, Toad, Nightcrawler, Senator Kelly and Lady Deathstrike all appear in one shape or another: Mystique’s silicone costume on a life sized figure; the bust, prosthetic hands and arms of Wolverine played by Hugh Jackman; as well as various prosthetic tails, feet, ears, clawed hands and retracting blades of the other main characters.

The special effects for movies like X-Men and Jacob’s Ladder were based on sci-fi and fantasy and drew on the creative ability of the artists. In fact, ‘Meat, Francis Bacon and chaos’ were the only three requirements dictated by Jacob’s Ladder director Adrian Lyne. With those parameters in mind, the crew set out to sculpt and create effects never before seen in movies. According to Smith, his art department “created a variety of possibilities with abandon.”

On the other side of the artistic coin, movies like Oliver Stone’s Nixon, and Edward Zwick’s Legends of the Fall involved the exacting skill of creating life-like effects. Life-size models of eviscerated zebra and antelopes and charred, skeletal battlefield corpses from Legends of Fall are both jarring and a testament to the talent of the artists. The cast plaster life masks of characters from Oliver Stone’s Nixon, including Anthony Hopkins as Nixon, Paul Sorvino as Kissinger; and John F. Kennedy from Stone’s 1991 JFK are museum quality.

We are an auction house renown for our broad range and depth. Like the macabre yet beautiful items from the Jamieson Estate Collection, it’s been fascinating to see the mutant bat heads and cockroach wings, the busts of Hugh Jackman, Brad Pitt and Genna Davis, and the exquisite Mystique find their niche amidst the fine and decorative arts of our gallery.