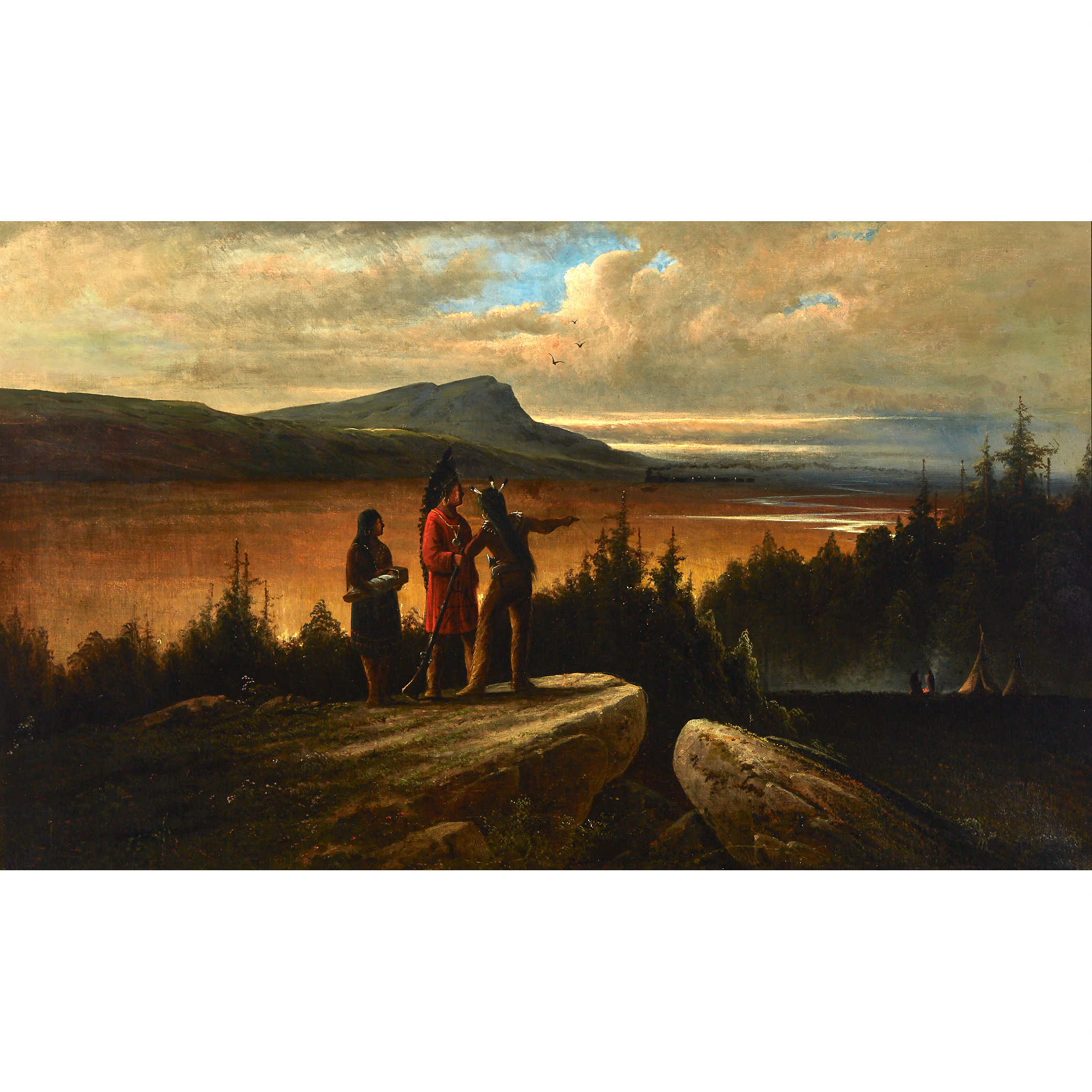 Oil on relined canvas; signed and titled on the verso of the original canvas according to the old Sotheby, Toronto catalogue entry
30 x 50 in — 76.2 x 127 cm

Sotheby's identified the artist as L.V. Mangowey depicting the Canadian Pacific Railroad. This lot, now relined, was reportedly signed "L.V. Mangowey" and titled on the verso of the original canvas in Sotheby's entry.

This lot was originally catalogued in our auction as possibly 19TH CENTURY NORTH AMERICAN SCHOOL, unsigned, possibly depicting the transcontinental railway that opened in the late 1860's that drove indigenous people out of the American mid west.

Sold Sotheby & Co. (Canada) Ltd., catalogue "Canadian Paintings/ Drawings, Watercolours and Prints", 28th-30th October, 1968, Lot 307, illustrated pg. 99, said to be "From the collection of Miss G.I. Burrage" in their entry;
From whom purchased by A.F. Webb;
Ex- Coll. Loewen, Ondaatje, McCutcheon & Co. Ltd., Toronto, purchased by them in November 1980, and noted on their inventory as "Indians of Rock (Unknown)";
From whom purchased by the present Private Collection, Toronto in 1992