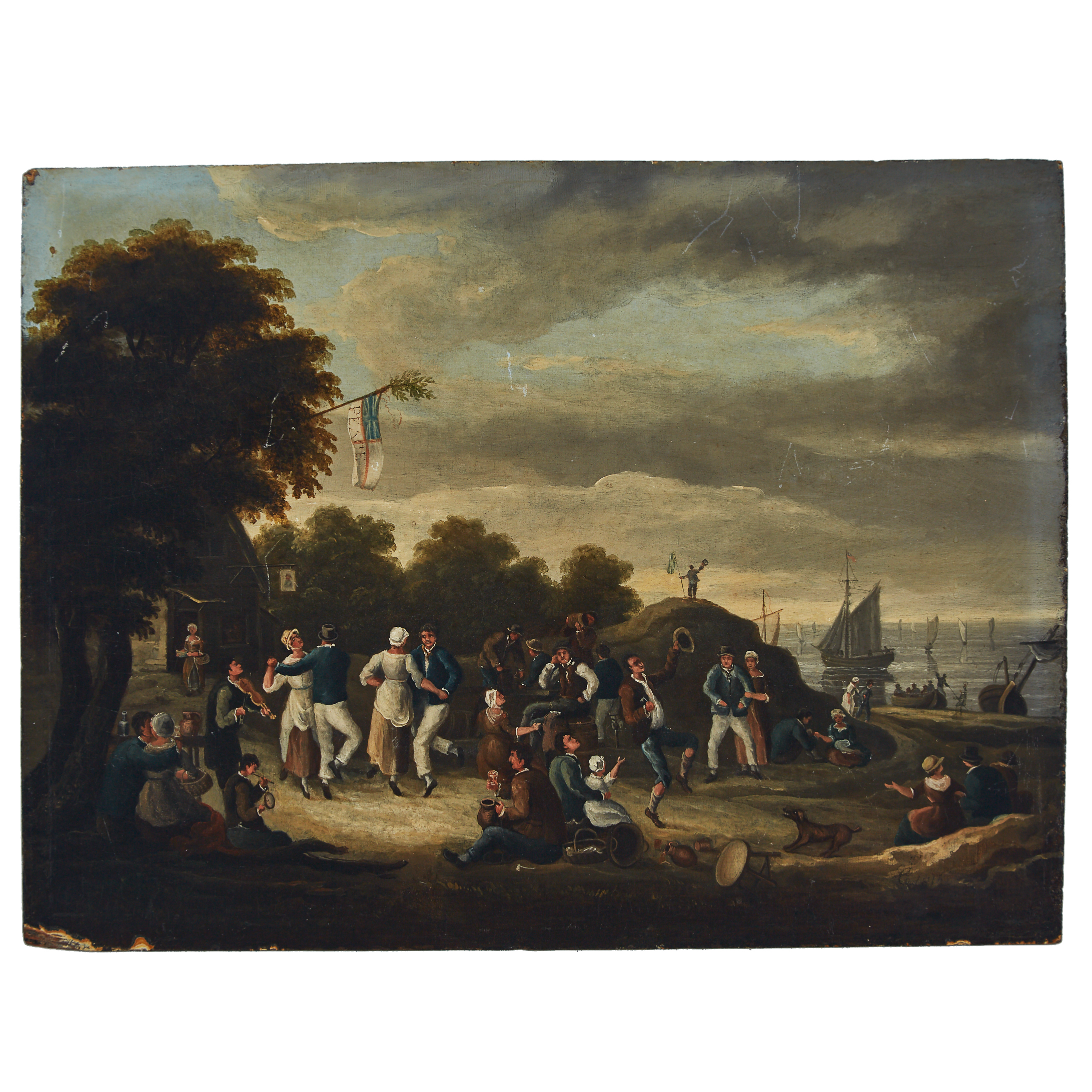 VILLAGER’S DANCE OUTSIDE AN INN WITH BRITISH PEACE FLAG, CELEBRATING THE END OF THE WAR OF 1812?

Francis Guy was an English-born American Colonial era painter. By 1798 he had settled in Baltimore. Guy then moved to Brooklyn in 1817, where he stayed until his death in 1820.

At this time many native-born American artists considered scenes of local life too mean for their brush, but artists from Europe - such as Guy from England and John Lewis Kimmel from Germany - began to flow to the "New World" to paint life in the little cities that sprouted following the war.

Private Collection, Toronto, formerly residing in the UK acquired in a house sale in the UK