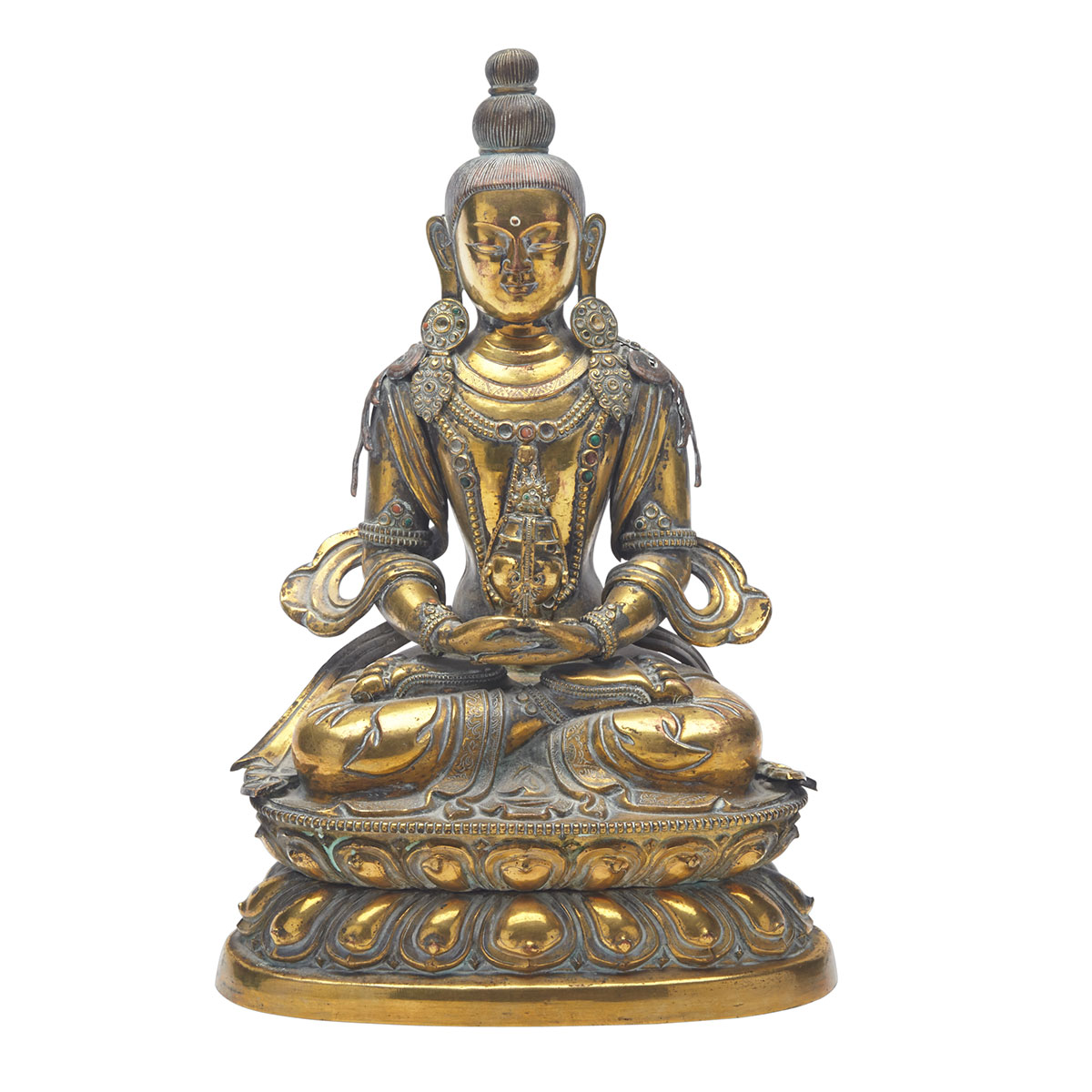 Adorned with jewelry and ribbons, the seated figure in dhyanasana on top of a double lotus pedestal with hands resting in lap performing dhyana mudra with a ritual vessel, the meditative figure with arched eyebrows framing heavily lidded downcast eyes, an aquiline nose and full lips, the full face surmounted by an elaborate top knot, with inset coral and turquoise beads throughout
height 15" — 38 cm.
113.7 oz. — 3538 grams