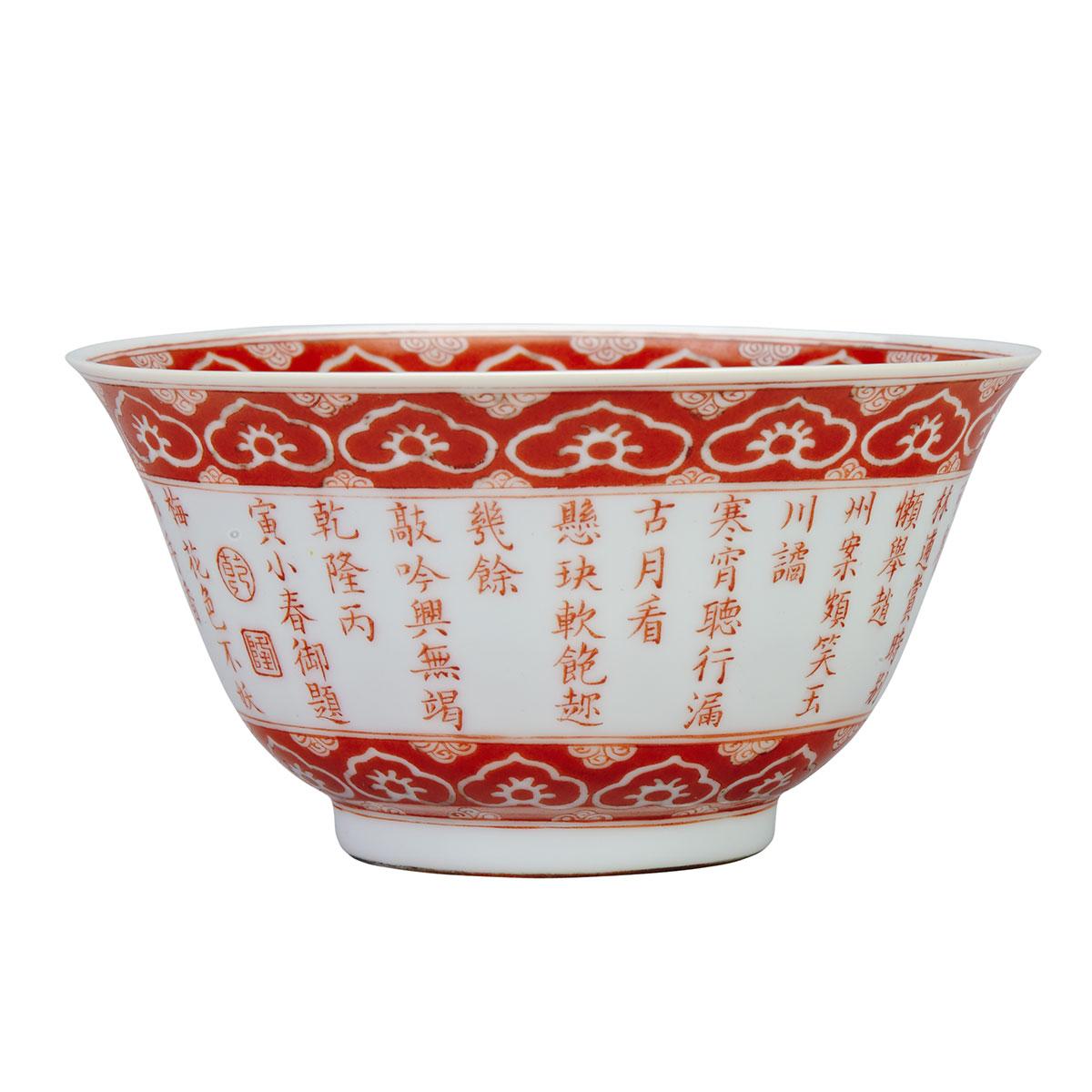 The exterior painted with a poem by the Qianlong emperor with cyclical date to 1746, the interior decorated with pine, plum blossom and citron beneath two bands of ruyi borders
height 2.2" — 5.5 cm.
six-character Qianlong mark

The poem describes the Qianlong emperor’s love for ‘sanqing cha’ (three purity tea) which is comprised of pine nuts, finger citron and plum blossom.
Compare to an example published in “Qing Ceramics from the Collection of the Hong Kong Museum of Art”, 1984, no. 76.

Chinese Porcelain and Works of Art from the Estate of David Blyth Hanna (1858-1938), Toronto. (Lots 203-219)
Mr Hanna was a railway executive who became the president of Canadian National Railways in 1919, maintaining his position until 1922, when he was appointed the first chairman of the Liquor Control Board of Ontario (LCBO).