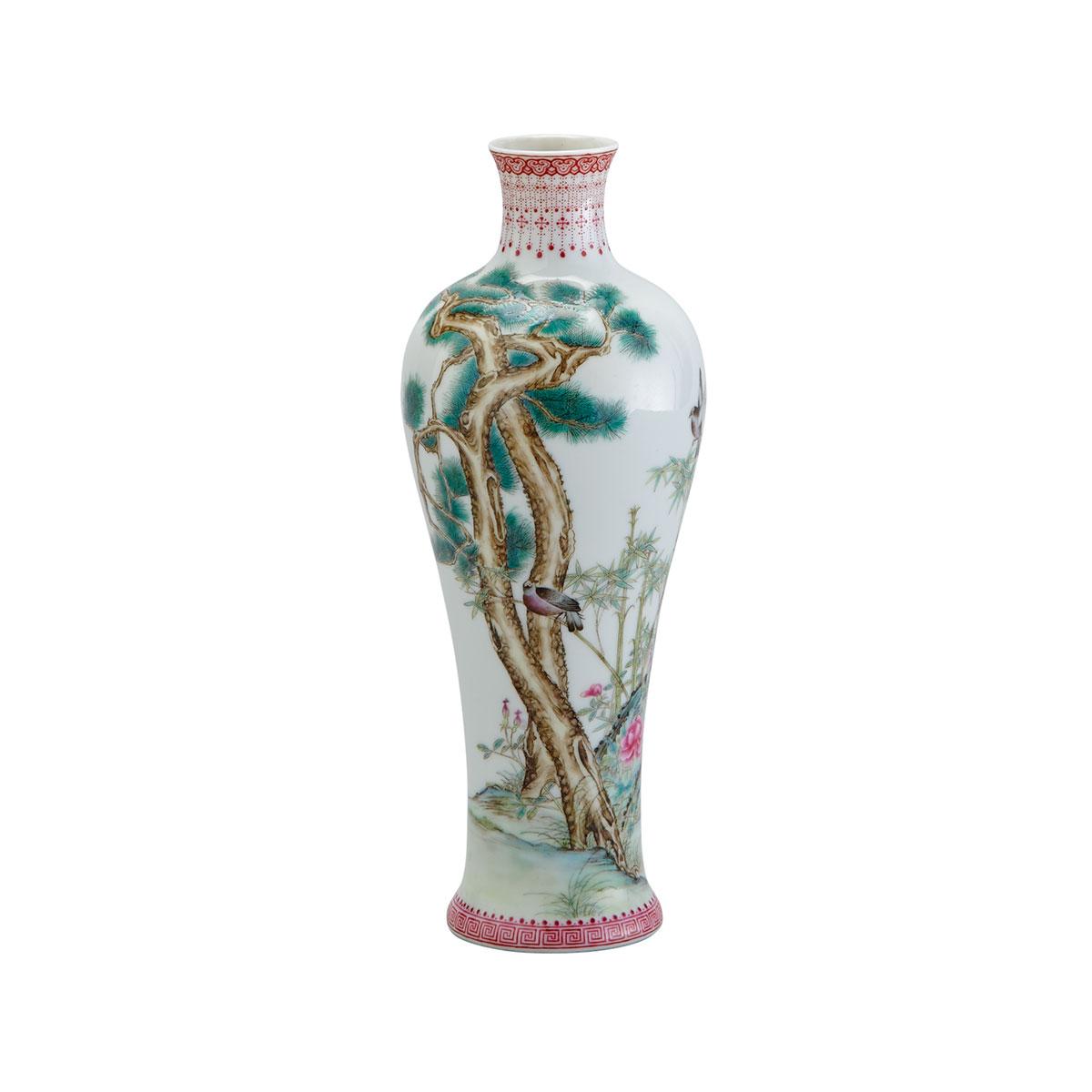 Of elongated baluster-form with a short neck emerging from the broad shoulders, the tapering sides decorated with a scene depicting two Chinese bulbul in a garden of pine, bamboo, and peonies
height 8.1" — 20.5 cm.
four-character Qianlong mark

Pairs of Chinese bulbul are used to symbolize longevity and matrimony, and the pairing of this motif alongside other auspicious symbols such as peonies represents a wish for “long life in a state of status and success”

Chinese Porcelain and Works of Art from the Estate of David Blyth Hanna (1858-1938), Toronto. (Lots 203-219)
Mr Hanna was a railway executive who became the president of Canadian National Railways in 1919, maintaining his position until 1922, when he was appointed the first chairman of the Liquor Control Board of Ontario (LCBO).