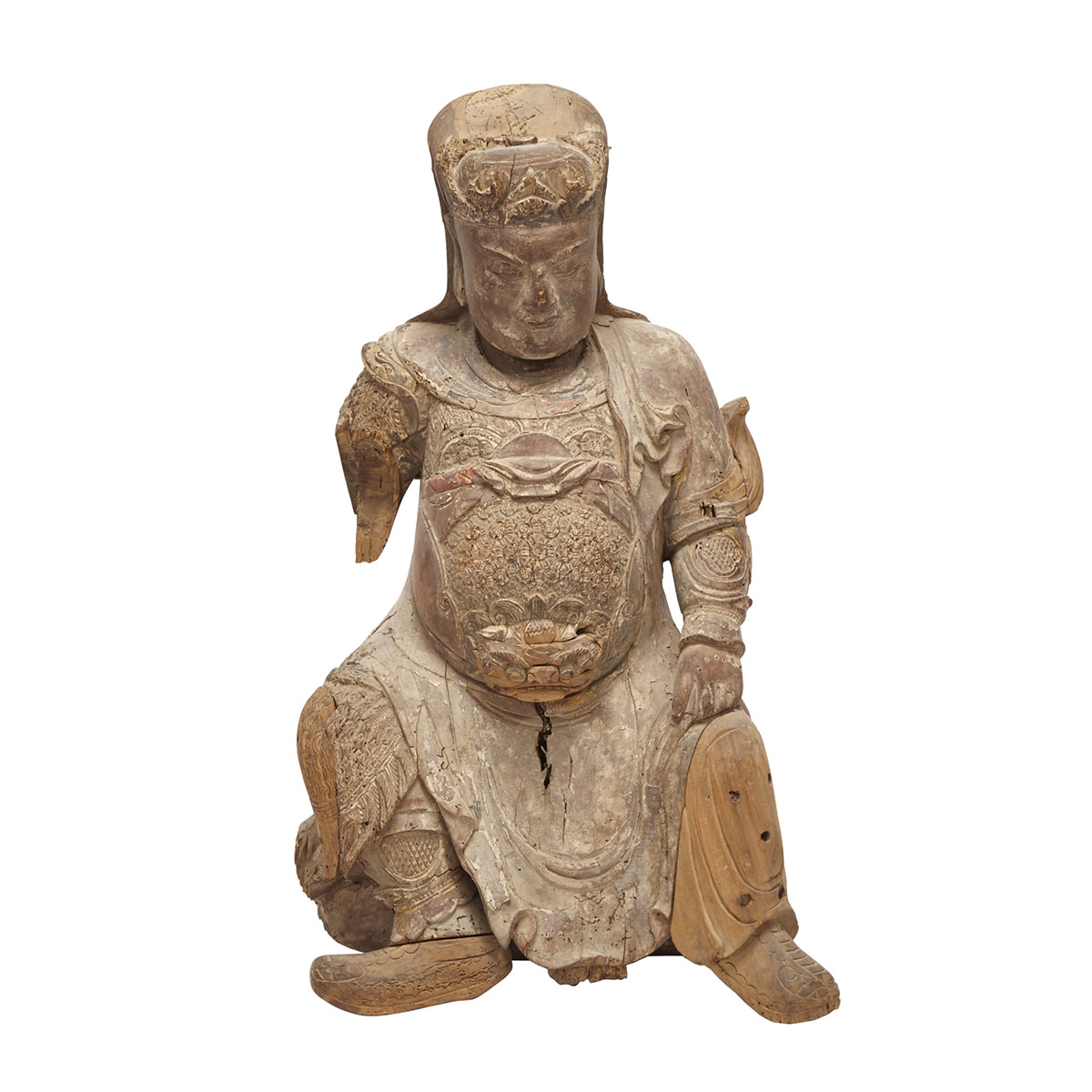 Modelled seated in a confident stance, wearing long robes with finely defined armour, the hair covered with a scholar’s headscarf, the face with a content expression, some pigments remain
height 31.1" — 79.1 cm.