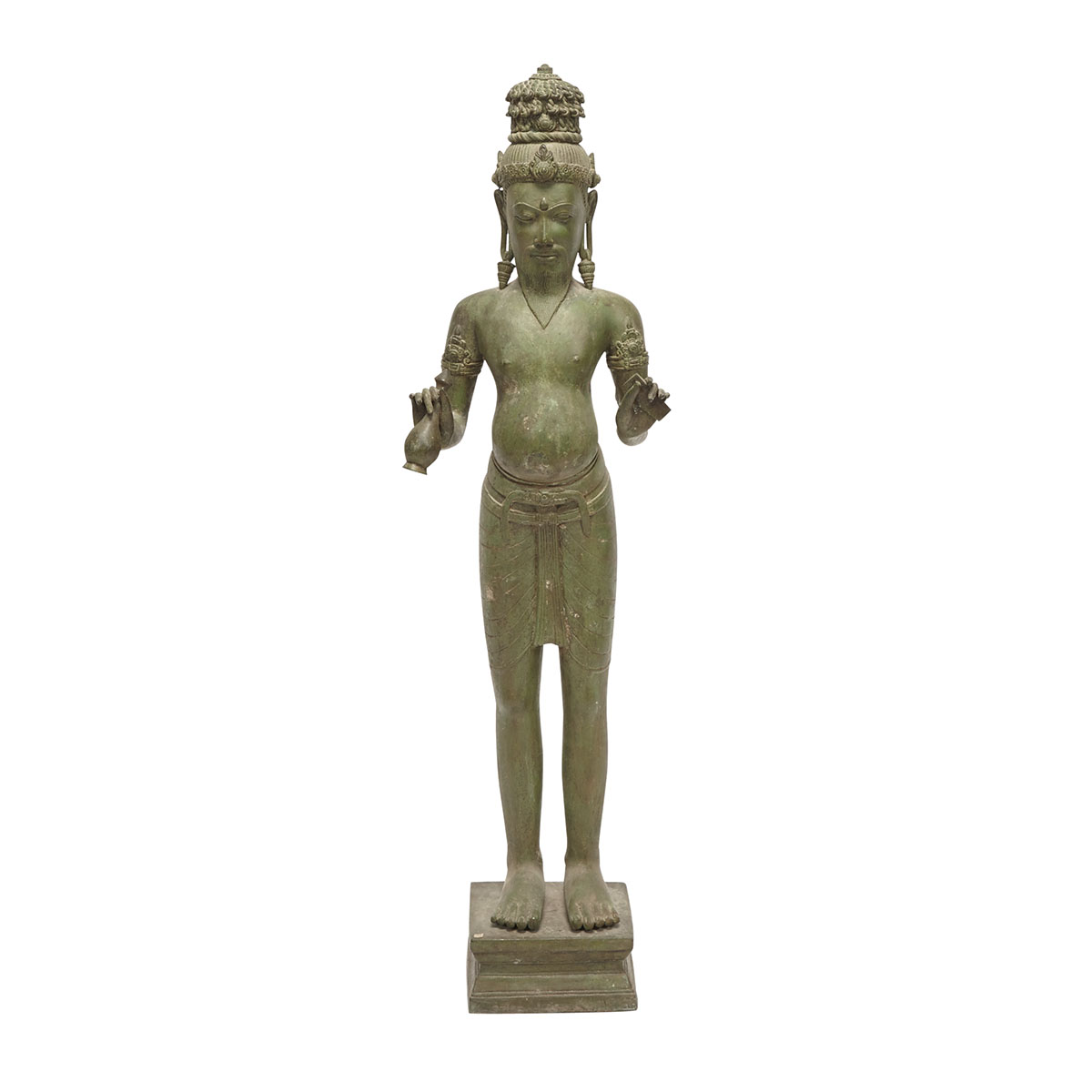 Standing on a raised plinth holding ritual objects, with a serene and focused expression over the face, a third eye centred above arched eyebrows, ornamented with jewelry, and with a tiered twisted hairdress, evocative of lotus petals
height 39.9" — 101.4 cm.