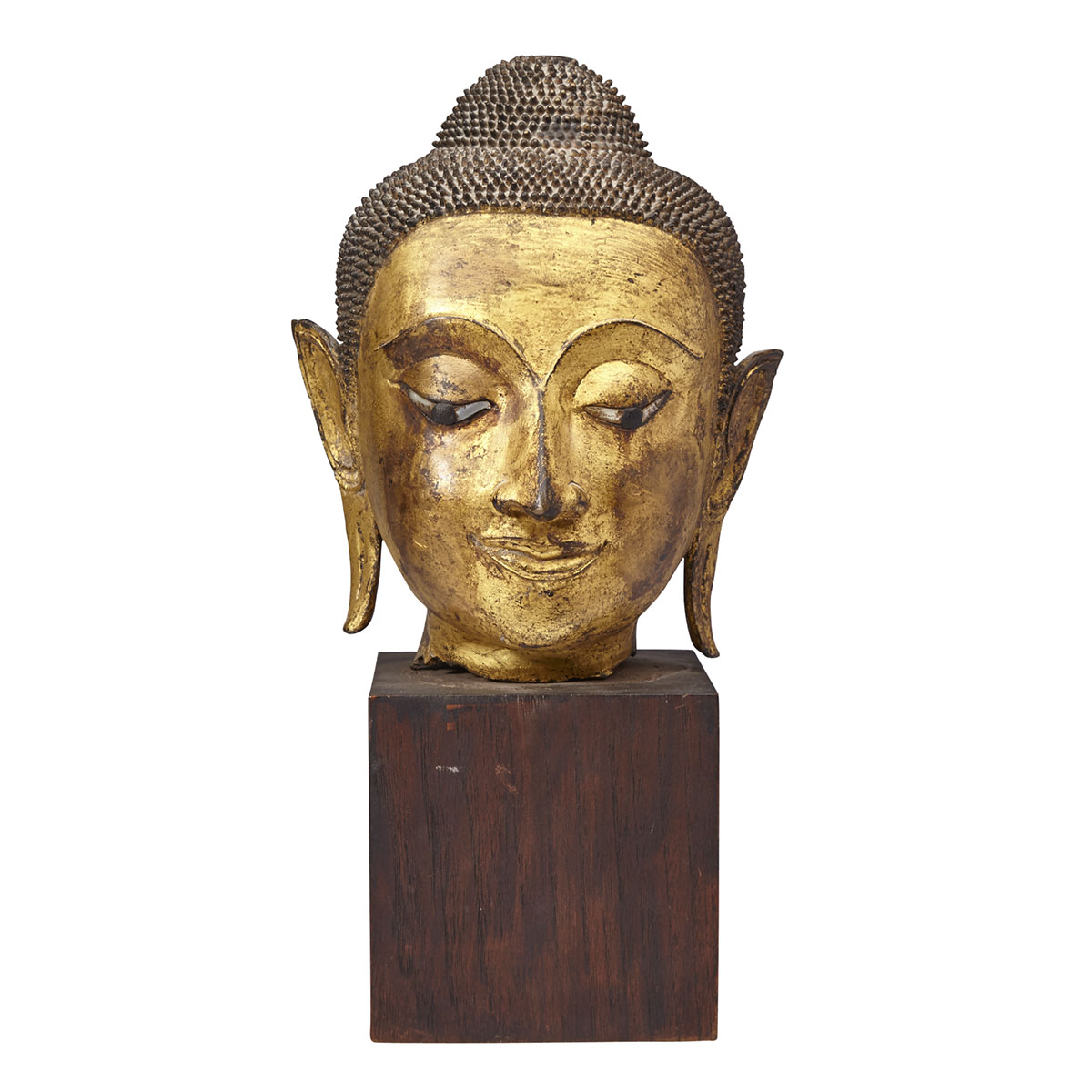 With a serene and contented expression over the face, an aquiline nose extending to arched eyebrows that frame the downcast eyes, with a smiling mouth and elongated earlobes, and a tightly curled hairdress and usnisha
height 11" — 28 cm.