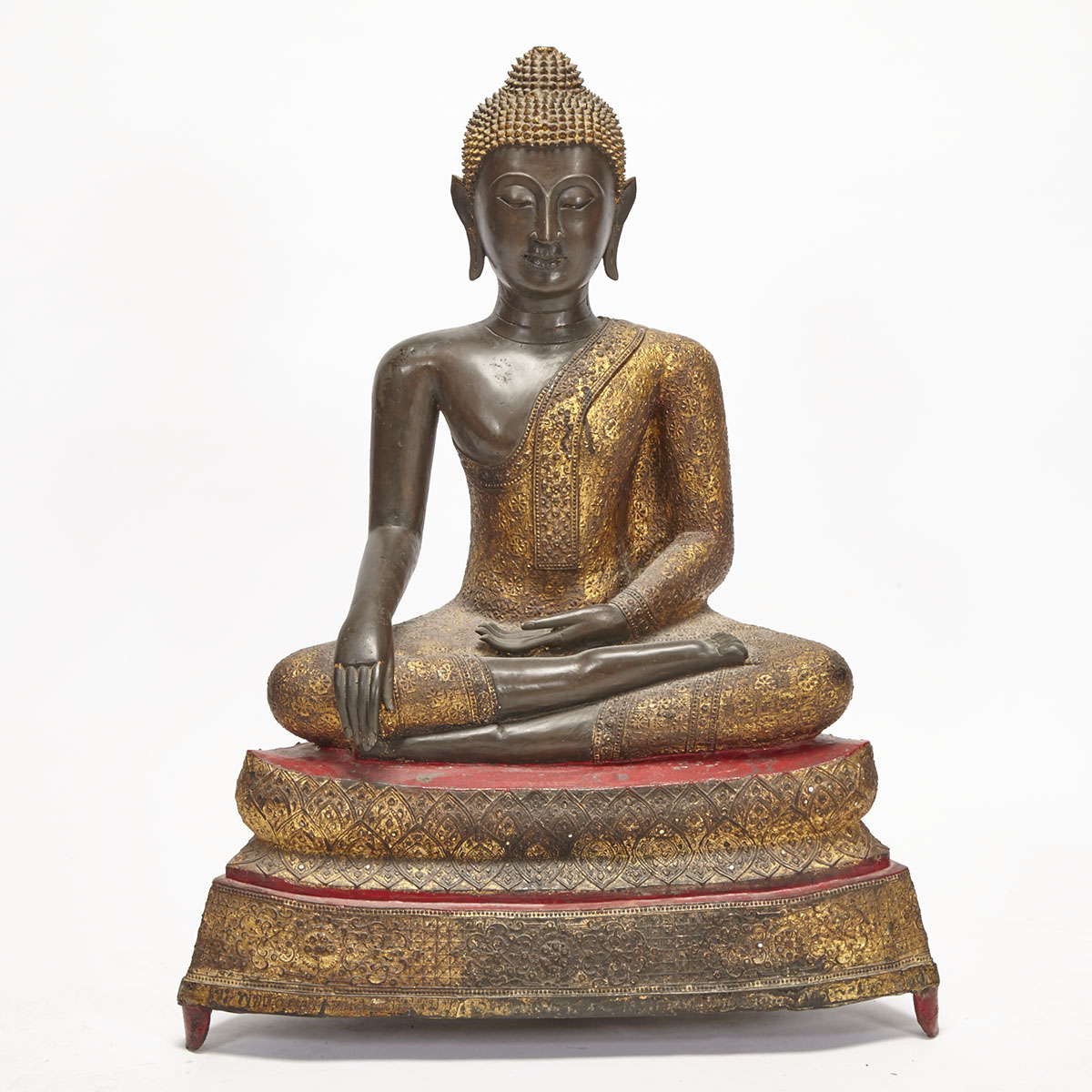 Heavily and well cast, seated in virasana on a lotus petal base, the right hand in bhumisparshamudra, the left resting on the lap, wearing ornate samghati, a serene and meditative expression across the face, eyes downcast beneath arched eyebrows, elongated earlobes and with a curled hairdress and ushnisha, much enamel intact
height 34" — 86.3 cm.