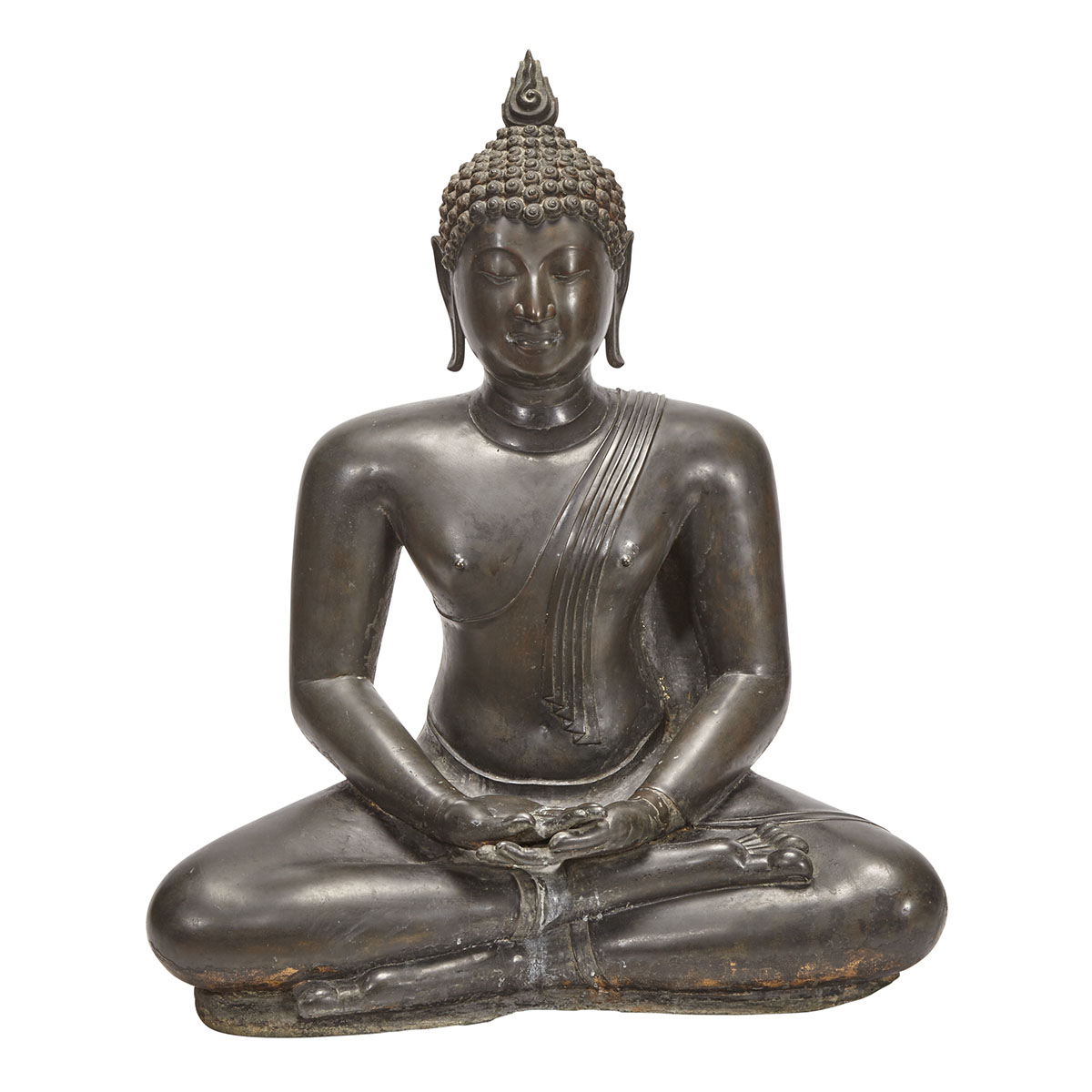 Of great presence and very finely cast, seated in virasana, with hands resting in bhairava mudra signifying supreme consciousness, with samghati delicately cascading over the body, a serene and meditative expression over the face, with arched eyebrows, gently smiling lips, elongated earlobes, and the curled hairdress and usnisha surmounted by a flame
height 37.8" — 96 cm.

A very similar example is in The Metropolitan Museum, New York, purchased from The J. H.W. Thompson Foundation Gift and Gifts of Friends of Jim Thompson, in his memory, 2002, accession number: 2002.131