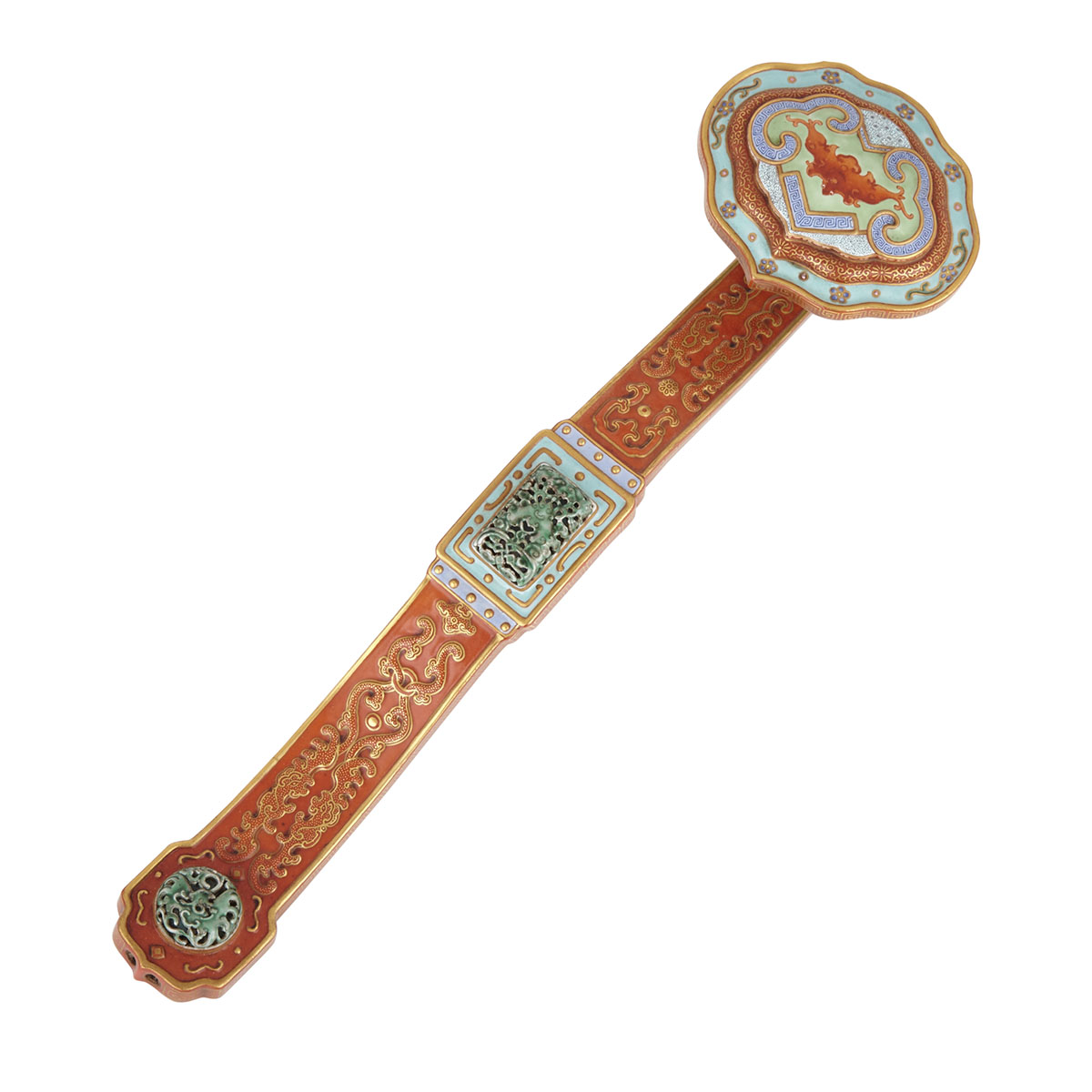 Finely moulded over the body with an archaic dragon motif, with two raised openwork placques imitating jadeite, and the ruyi head depicting a bat, the edge with a gilt key fret band, rendered in rich tones of orange, turquoise, green and periwinkle
length 17.6" — 44.8 cm.