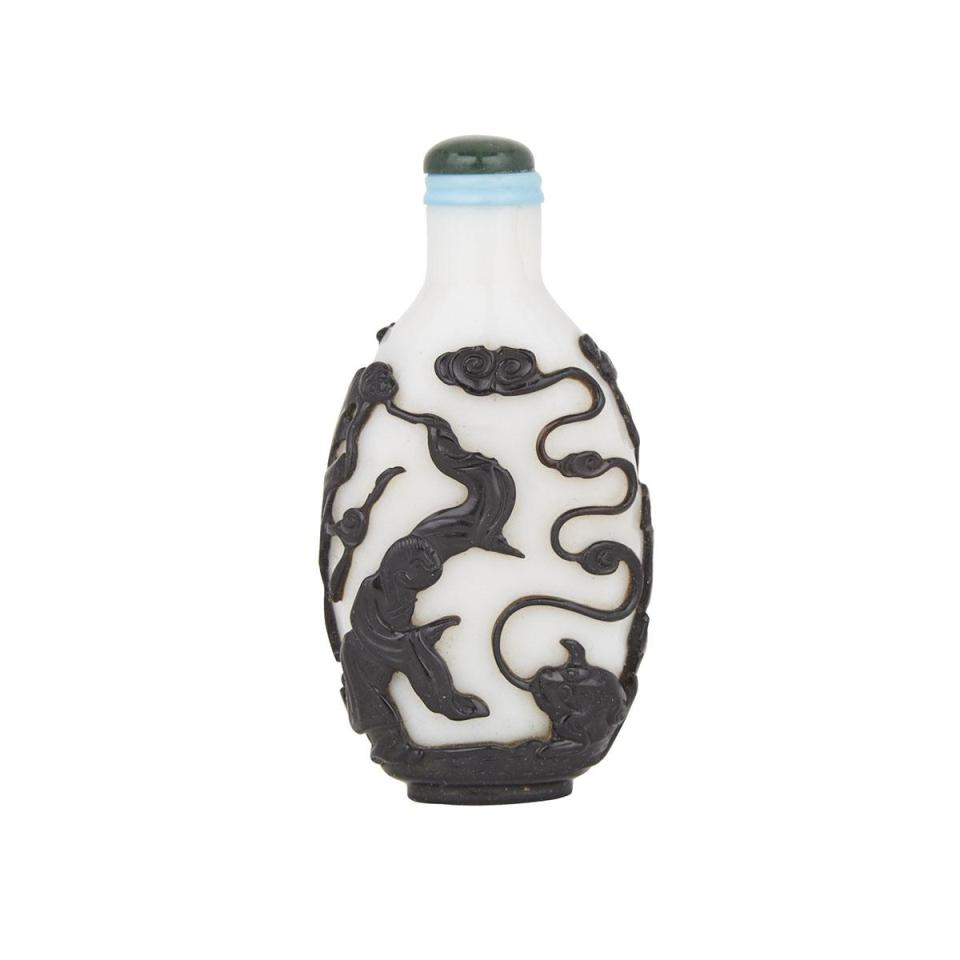 A Peking Glass Snuff Bottle with an Overlay of Xiwangmu and Liuhai, 19th Century

Of ovoid form and supported on an oval foot ring, the white ground glass finely overlaid with black, depicting the myth of Xiwangmu and Liuhai
height 3.1" — 8 cm.