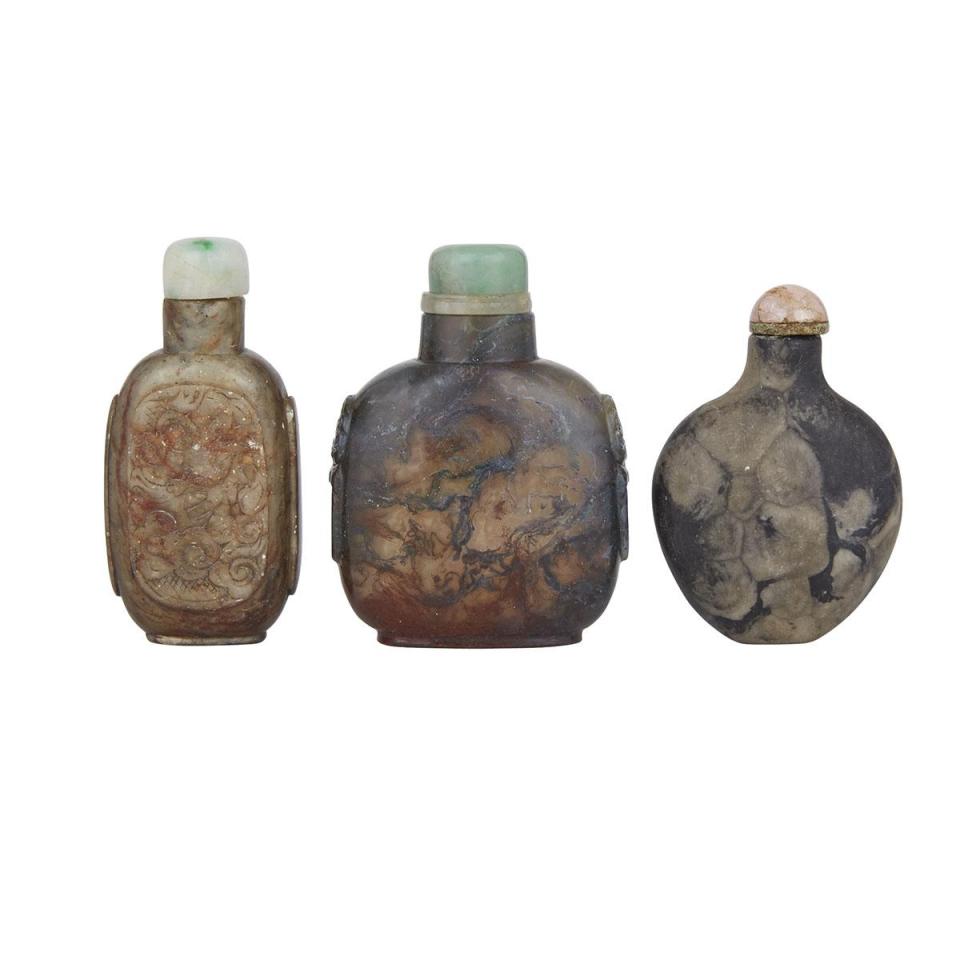 One of rounded square form with mythical beast handles carved to each side, the wispy translucent stone of green, purple, russet and honey tones, with a jadeite stopper. The second of rounded rectangular form with raised panels at each side, two carved with dragons amidst clouds, with a jadeite stopper. The third smoothly carved and of flattened oval form, the stone of grey and black tones with areas of fossilization, with a rose crystal stopper
tallest height 2.8" — 7.1 cm.