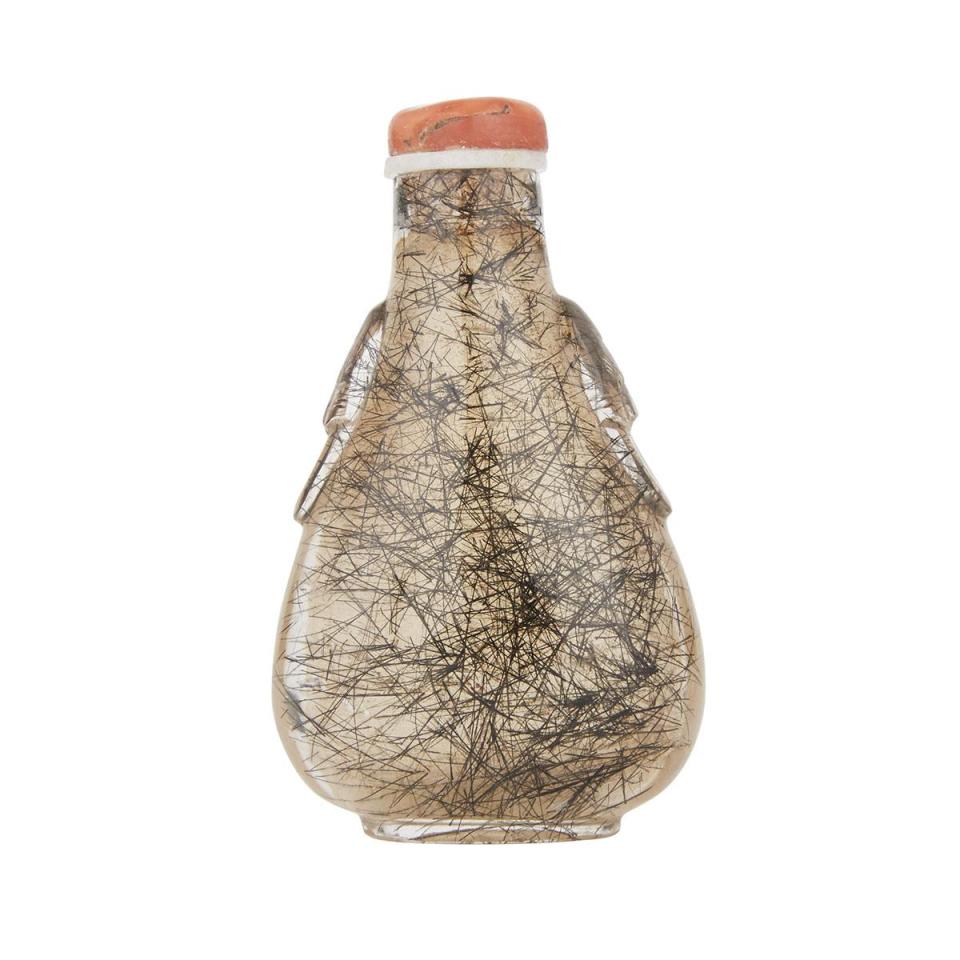 Supported on an oval foot, of flattened archaic bronze form with mythical beast handles to each side, one face evenly and densely suffused with fine black tourmaline needles, with a coral stopper
height 2.9" — 7.4 cm.

A similar bottle was sold at Sotheby’s New York, September 14, 2010, lot 158 as part of The Joe Grimberg Collection of Chinese Snuff Bottles