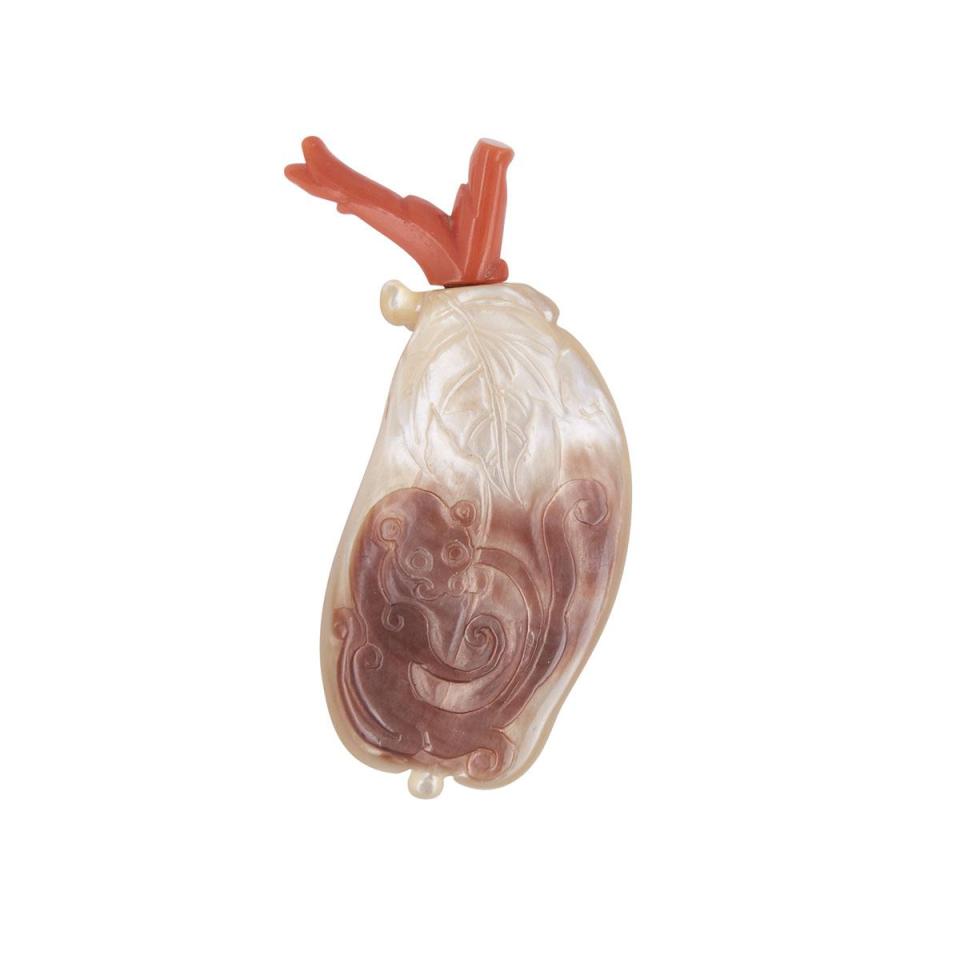 Finely rendered in the form of a melon issuing vines, with a small dragon carved to one side, the bottle of radiant iridescent tones, with a coral stopper
height 3.2" — 8.2 cm.