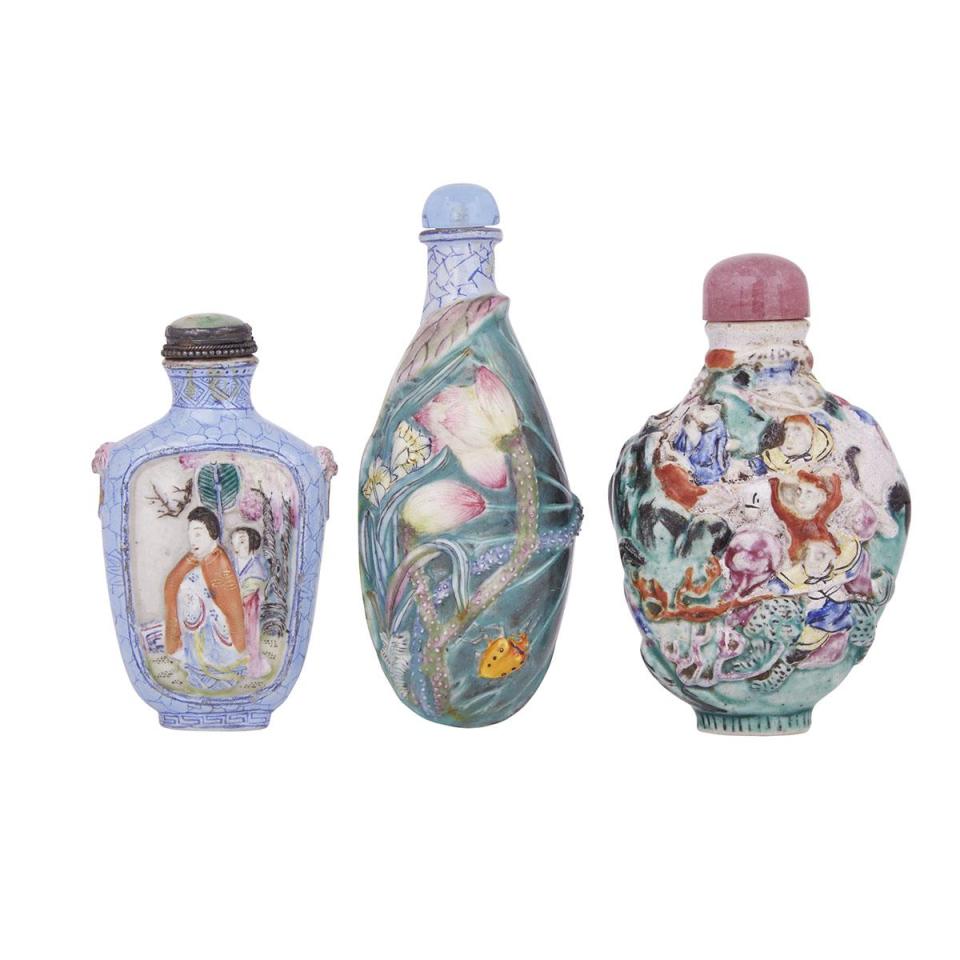 Comprising one bottle finely modelled in the form of a lotus leaf wrapped around the exterior of the body, one side with creeping branches and two vivid budding lotus flowers, with a ladybug tucked beneath a branch, the second bottle moulded over the body with a battle scene, and the third with two recessed windows each depicting a scene of leisure, with lion handles to each side
tallest height 3.7" — 9.3 cm.
two bottles with an iron red Qianlong mark to the base