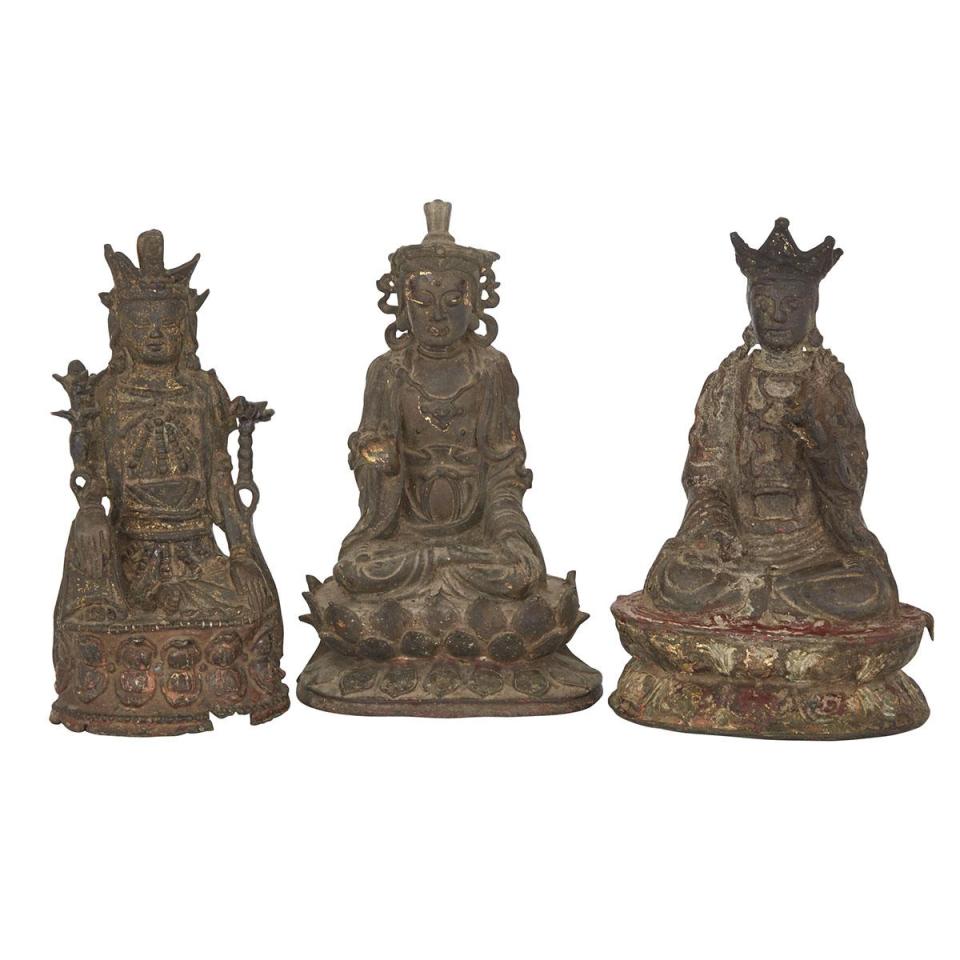 Each well cast and seated on a lotus petal base, representing the past, present and future
tallest height 11.1" — 28.3 cm.