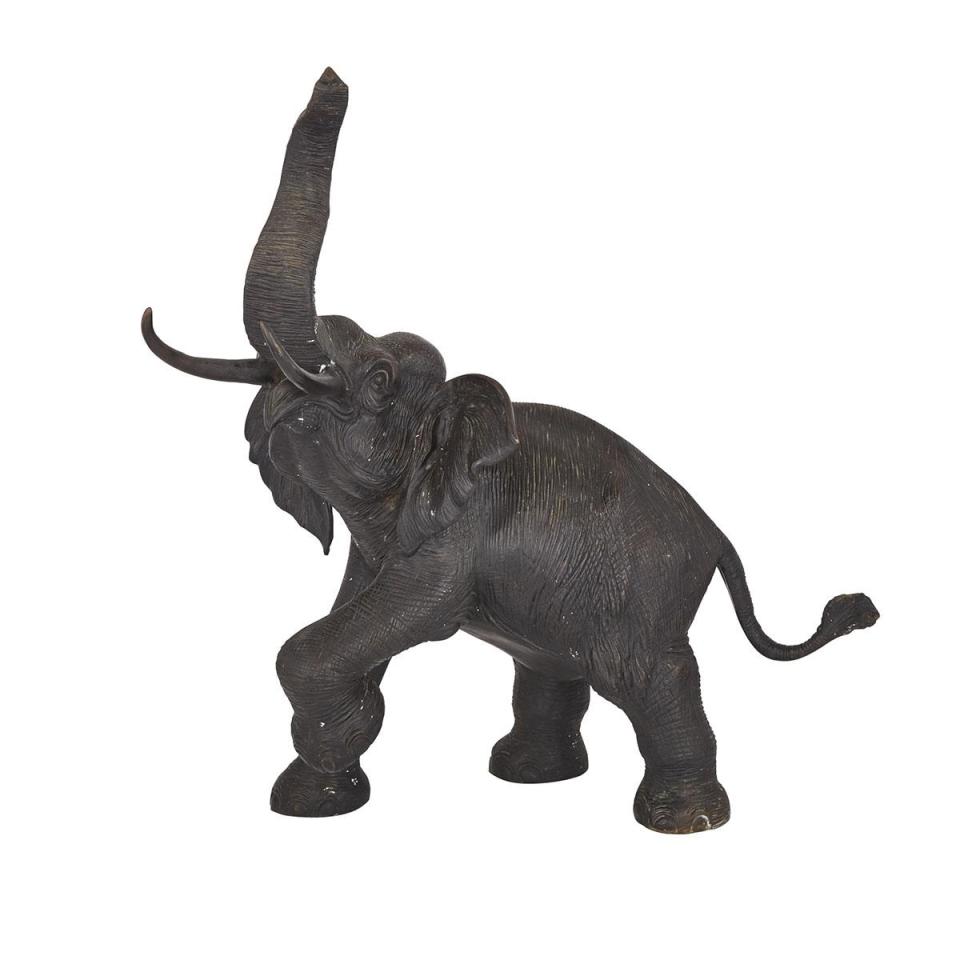 Well and naturalistically cast, the elephant depicted in a dynamic trumpeting position with its front left leg lifted, trunk raised and mouth open
to the tip of the trunk height 30.9" — 78.5 cm.