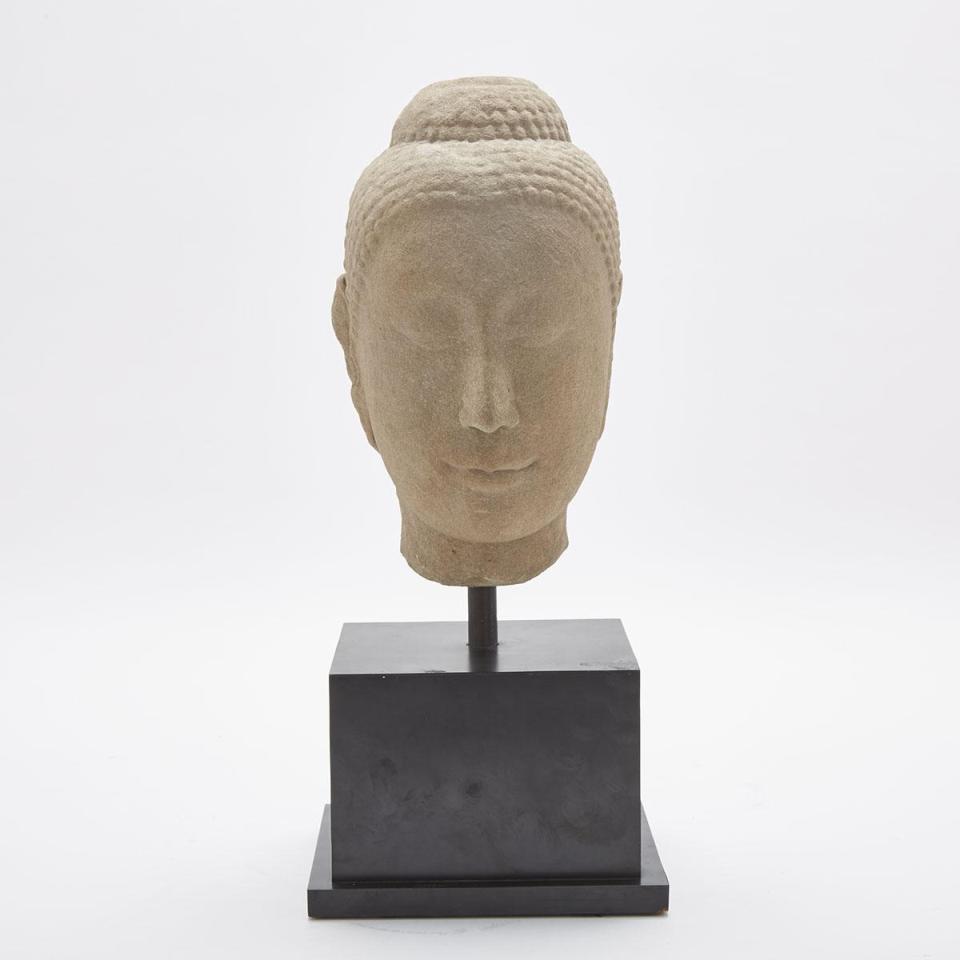 A Sandstone Head of Buddha, Thailand, Ayutthaya, Circa 14th Century

Finely and sensitively carved with a serene and content look over the face, the partially closed eyes downcast, with a straight nose and curved, gently smiling lips, the hair in tight curls over the ushnisha
height 12" — 30.5 cm.