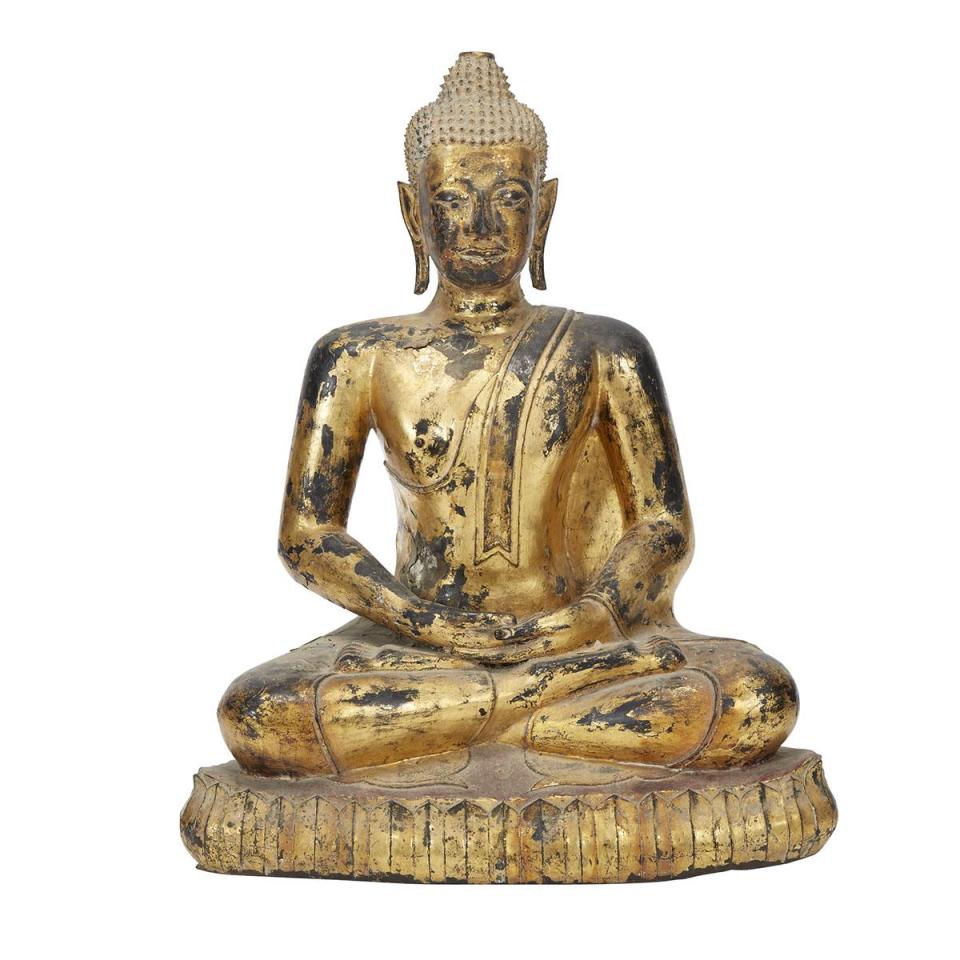 Seated in virasana on a finely cast lotus petal base, with both hands in dhyanamudra, wearing samghati, the face with a serene, contended expression, with downcast eyes beneath arched eyebrows and the lips gently smiling, with elongated earlobes and curled hairdress, with thick gilding
height 28.3" — 72 cm.

A similar buddha from the same region and time period was sold at Christie’s Amsterdam, November 21, 2001, lot 161

This piece was featured in Dimensions in Living magazine, published in Hong Kong, March 1988, page 31