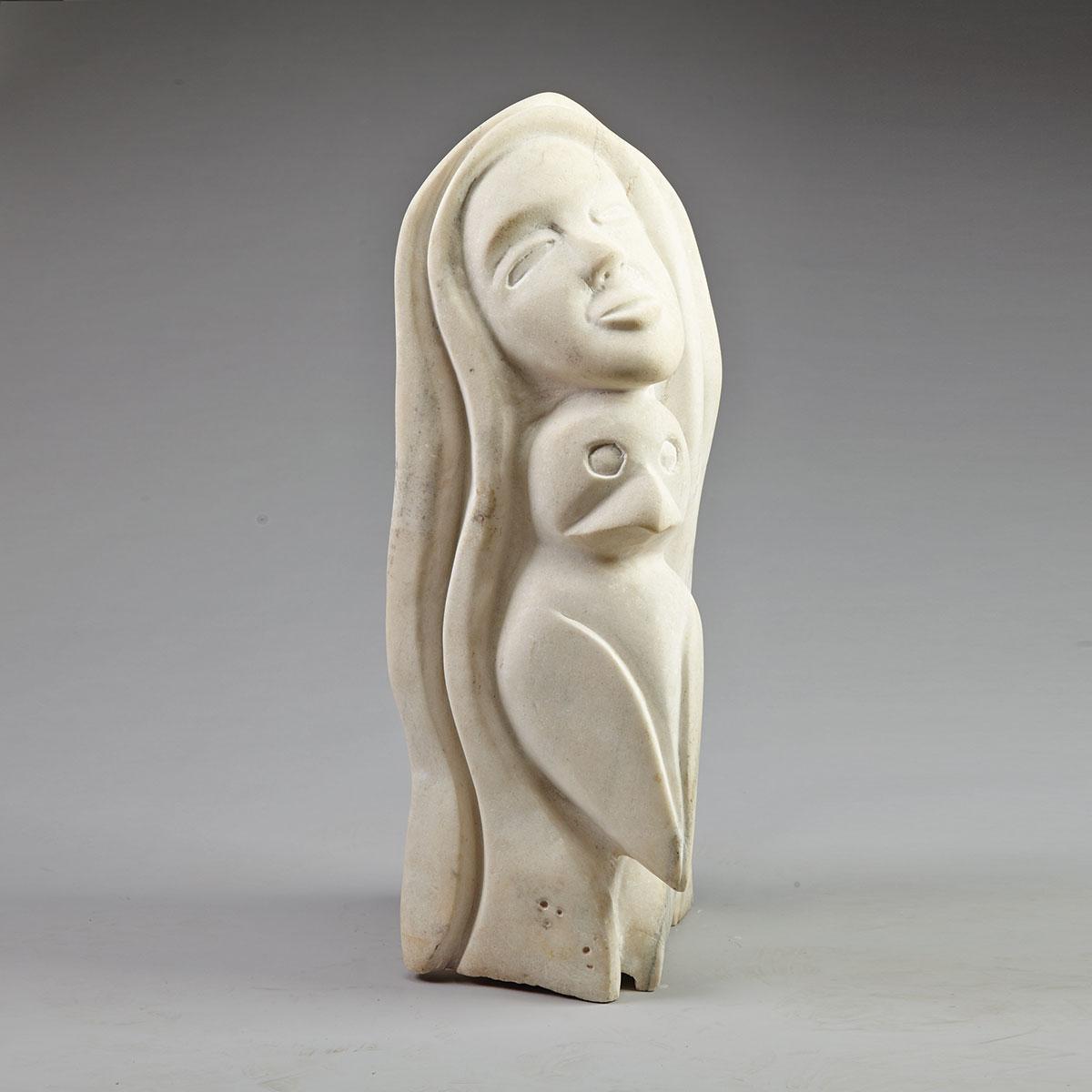 Mayureak started drawing in the 1960s and began carving in the mid-1990s after her husband’s death. She is recognized as an accomplished sculptor and was one of nine women artists celebrated in a traveling survey exhibition at the Canadian Museum of Civilization, entitled Isumavut: The Artistic Expression of Nine Women from Cape Dorset. She has exhibited extensively in Canada, as well as internationally in the US, Japan, Netherlands, Switzerland, Belgium, France, Germany, and Korea.