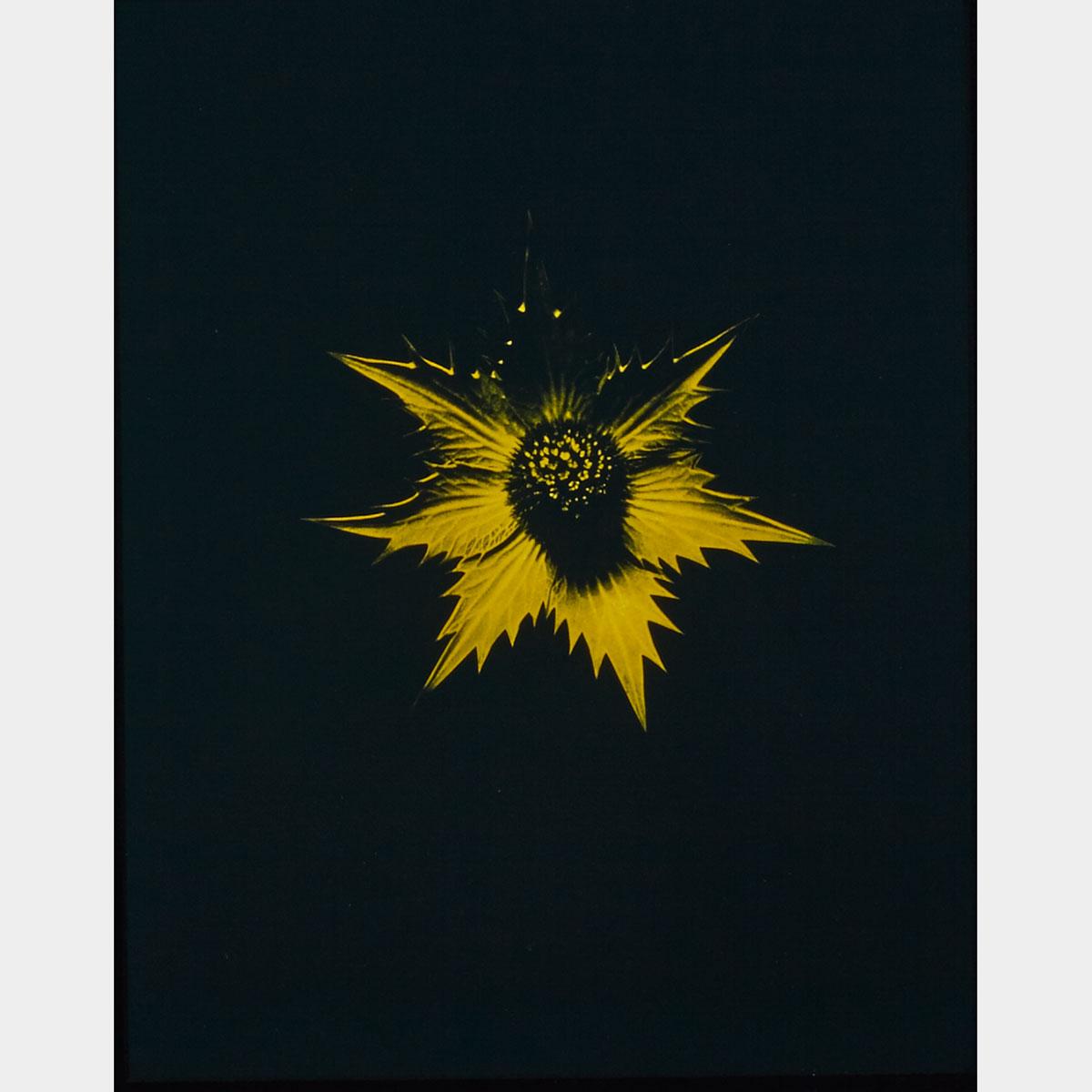 John Massey and Becky Singleton could both be described as sculptors, film-makers, and installation artists at one point in their artistic careers. Yet as their practices matured through the 1990s, they became increasingly interested in the field of photography and have both found themselves investigating the space between the real and the imagined through this medium. Ultimately, this has led them to collaborate on projects such as Afterlife Giant Eryngo (1995). The Eryngo, a flowering plant typically purple in colour is shown in somber and unnatural shades of yellow and green. This evokes both a visual and visceral intensity, while also conveying the medium’s aptitude for manipulating reality.

During the early 1980s, Massey gained a national and international reputation for his artwork and ever since has been seen in major exhibitions in Germany, the United States, France, Australia and Canada. In 2001, he was award the Gershon Iskowitz prize by the AGO, recognizing him for his successful artistic contributions as a mature Canadian artist. His most recent practice surrounds digital manipulation, and investigating whether photographs only amount to artificial construction. Meanwhile, Singleton continues to work in a variety of mediums which all explore the interpretation and creation of meaning through visual language. She has also had a series of solo exhibitions in Canada and has been included in a group exhibitions at the Art Gallery of Ontario (2000, 1981) and the Art Gallery of York University. Both artists are at present living and working in Toronto.