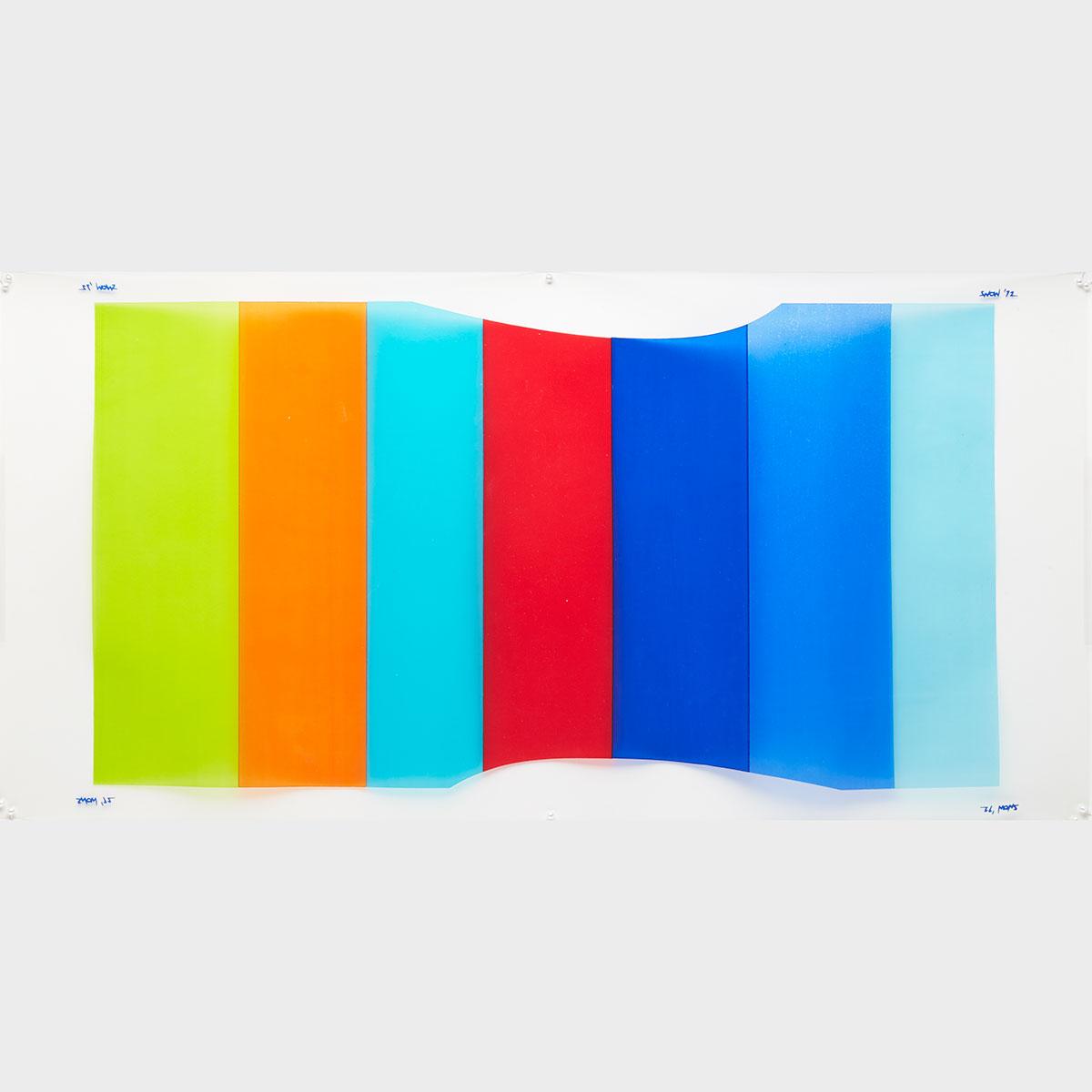 Michael Snow is regarded as one of Canada’s most important contemporary artists, well recognized for his work in film and video, music and sculpture, photography and painting. “My paintings are done by a filmmaker, sculpture by a musician, films by a musician, music by a sculpture… sometimes they all work together.” By amalgamating his creative interests, Snow has engaged audiences across Canada and internationally while playing a major part in the development of contemporary art and culture. An advocate of viewer interaction, his untitled work from 1972, a two-sided transparency, is meant to be displayed in a window so that from the interior, one sees the exterior actions through the transparent colours. At the age of 84, he continues to impress us with his creative energy while working to intensify the spectator’s involvement with art.

After living and working in the city of New York for ten years, Snow relocated to his hometown of Toronto in 1971 where he continues to produce art. He is best known for his large-scale commissioned works including the Walking Women series (1961-1967), Flight Stop (1979) and Audience (1989).