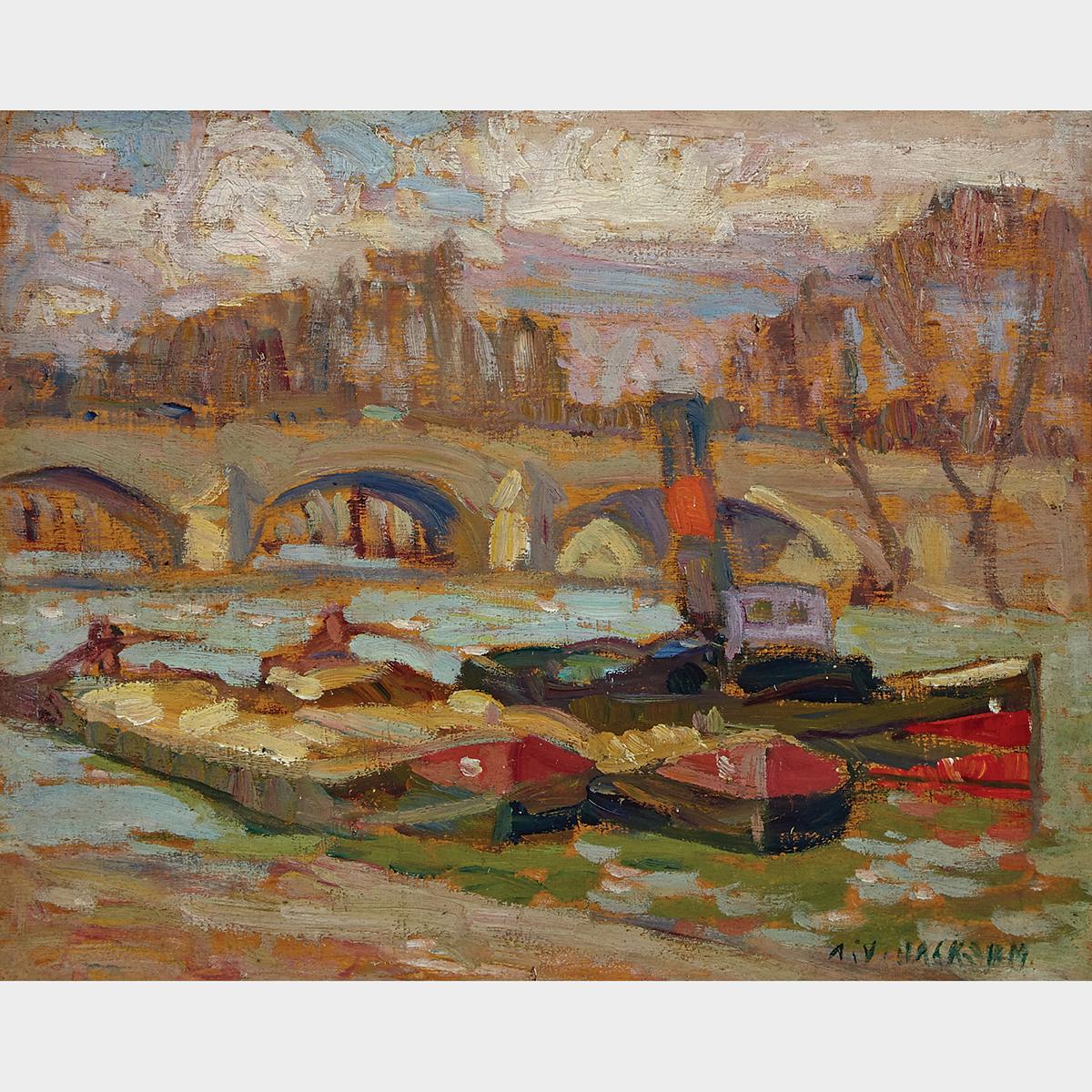 In his lifetime, Jackson would travel to France many times, but in 1911 he did so in the company of fellow-painter Albert Henry Robinson and together they spent spent approximately four months in and around St. Malo. When Robinson left to return home, Jackson stayed and in the spring of 1912 went to Paris and produced a number of urban scenes such as this one. However, Jackson notes, “few people liked what I brought home from Europe. The French Impressionist influence in it was regarded as extreme modernism.”

In fact at that time, it was the Dutch school that was viewed by Canadian collectors, as a good investment. Jackson continues: “While we in Canada were cautiously buying sound and sane art, so called, the Americans were acquiring the work of the modern French school to such an extent that today there are probably as many great examples of it in the U.S. as there are in France.”

It is interesting to note that this work has been consigned to us by an American collector.