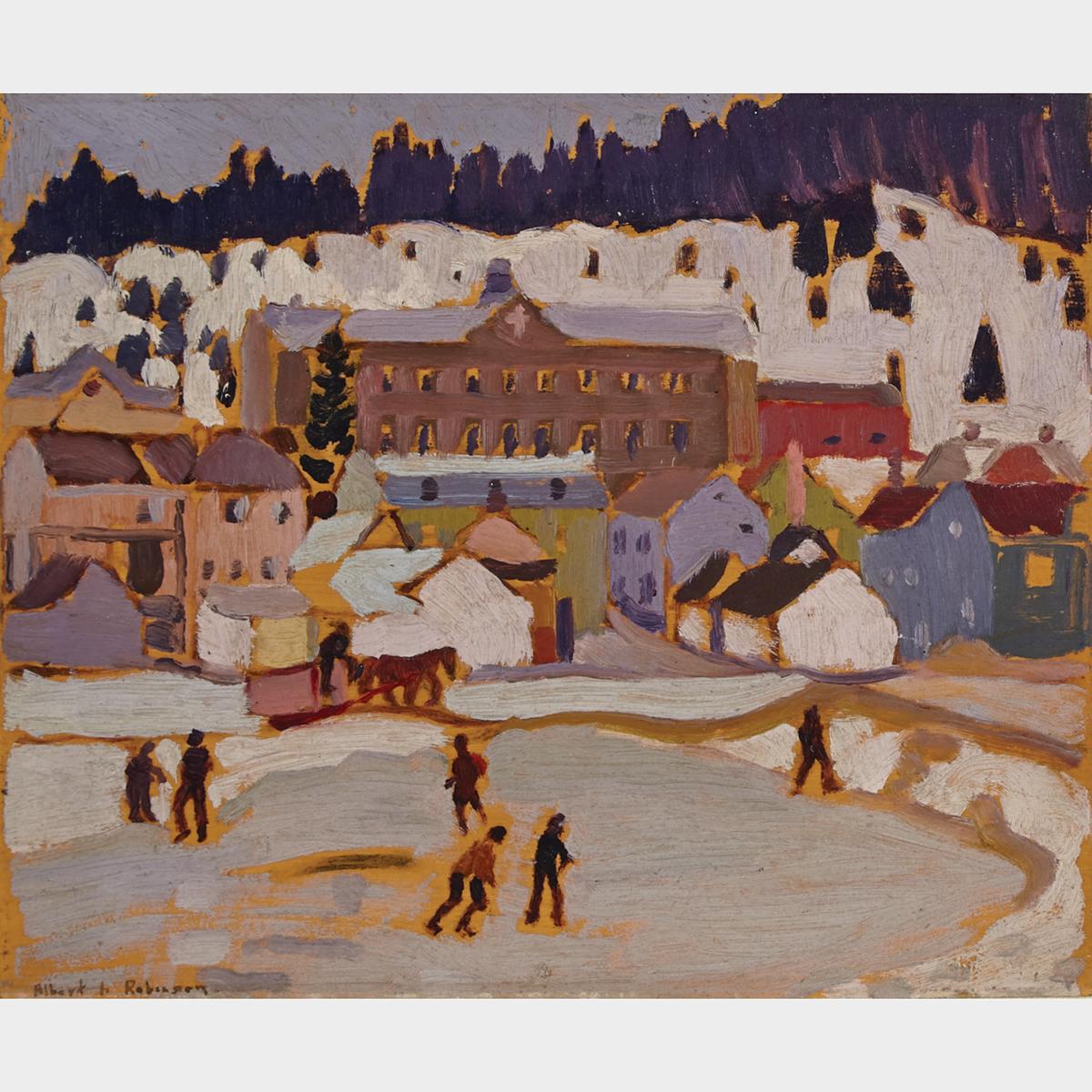 Best known as a painter of winter, Robinson’s reputation lies in his distinction as a gifted colourist.

While often associated with the Group of Seven, Robinson never became a member. Nonetheless, writes Watson: “He surely contributed to the development of Canadian painting and the formation of a national style.”

Like the Group, Robinson sketched directly from nature and considered this a critical source of inspiration. Using Winsor Newton oils on birch bark panel, without priming or varnish, Robinson worked rapidly, by some estimates producing a finished sketch in under three hours.

Skating After School is not dated nor have we suggested a date. In her 1982 catalogue, Watson alludes to the fact that first-hand documentation for the artist is scarce. However, most of Robinson’s best work was done prior to 1933. It was then that he suffered a heart attack, “with ensuing complications and painted little thereafter.”