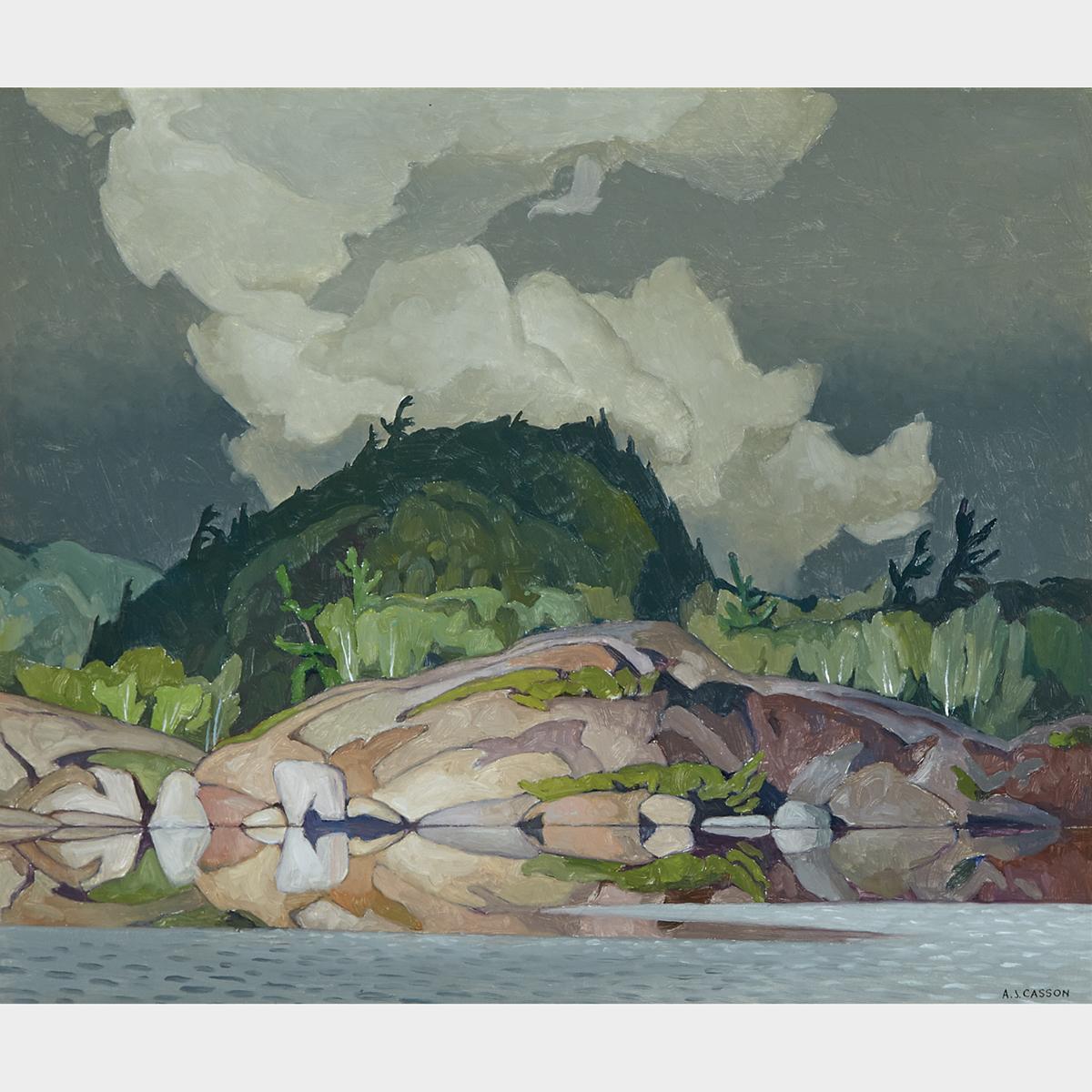 A. J. Casson joined the Group of Seven in 1926 at the invitation of Franklin Carmichael with whom he had apprenticed as a commercial artist beginning in 1919. The youngest of the Group, he became an important resource for their history in the 1970s. Although Casson exhibited with the Group of Seven and the Canadian Group of Painters, co-founded the Canadian Society of Painters in Watercolour with Carmichael in 1926, and was an active member of the major art societies of the day, he did not become a full-time artist until his retirement as Vice-President and Art Director of the commercial art firm Sampson-Matthews in 1957.

The senior members of the Group had an important and lasting influence on Casson’s work. This is most evident in his paintings of the 1920s and 1930s. Carmichael had helped him with his painting on the sketching trips they took together in northern Ontario, and Harris had advised him to flatten and simplify his forms. In an effort to find a distinct voice within the Group, Casson specialized in watercolours and turned to villages and houses in rural Ontario for his subject matter. He wanted his work to have a human dimension that was lacking in the unpopulated wilderness landscapes of his colleagues. Another tactic, in the later 1940s through the 1950s, was to accentuate the design elements and heighten the patterning in his work. This body of work may be seen to represent Casson’s response to abstraction which was becoming an increasingly important form of artistic expression in Toronto at that time.

Weather Change of 1967 is a slightly later painting, less extreme in its geometricizing of nature that characterized Casson’s work of the previous decade. The subject of an impending storm in a northern landscape is typical of the Group of Seven. However, the accentuated patterning of the rocks mirrored in the still waters close to the shoreline achieves a level of abstraction that is Casson’s own. Also characteristic is his concern with the effect of light on form; he has captured a moment in which a shaft of light passes across the face of the rocks, illuminating the left half, while the right portion remains in shadow.