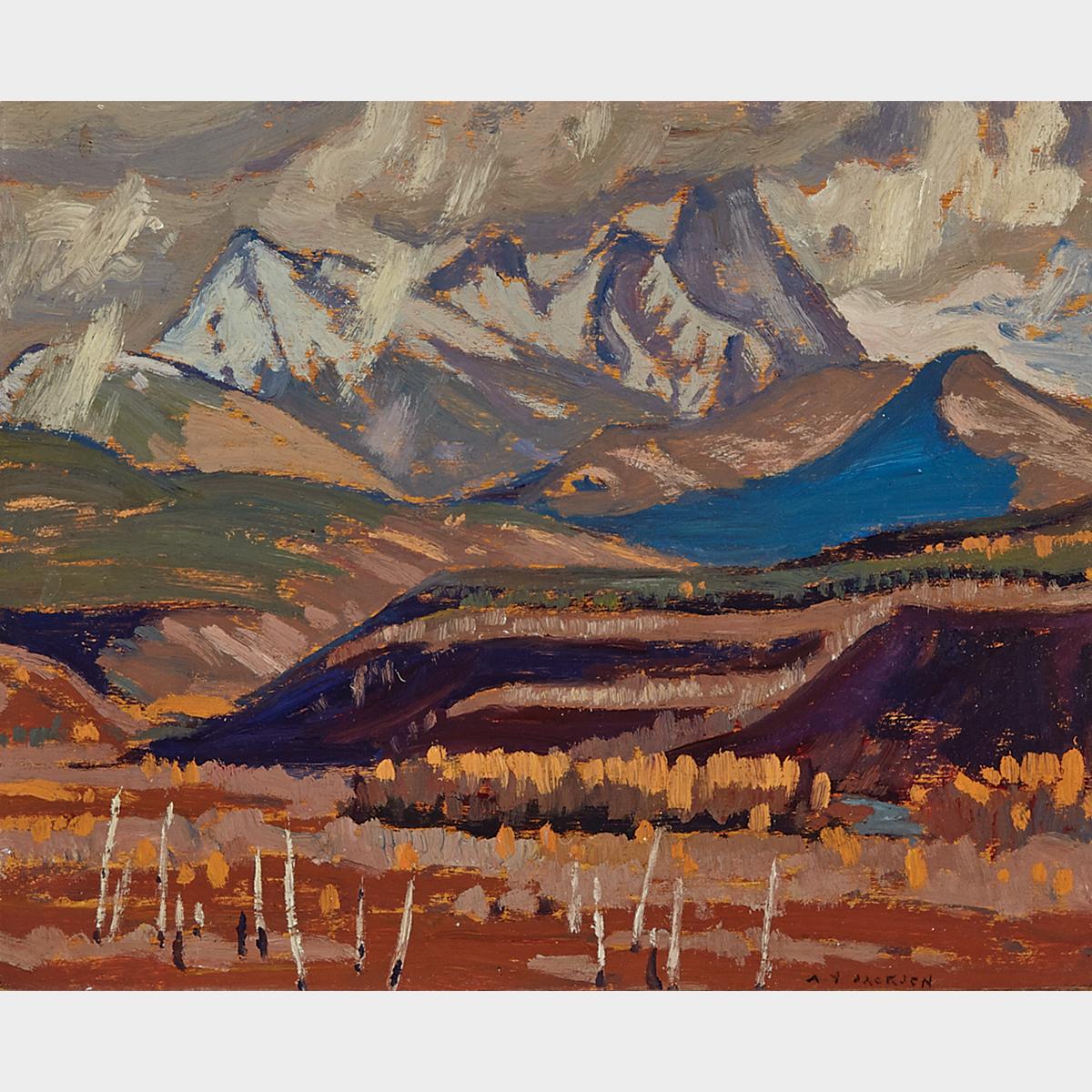 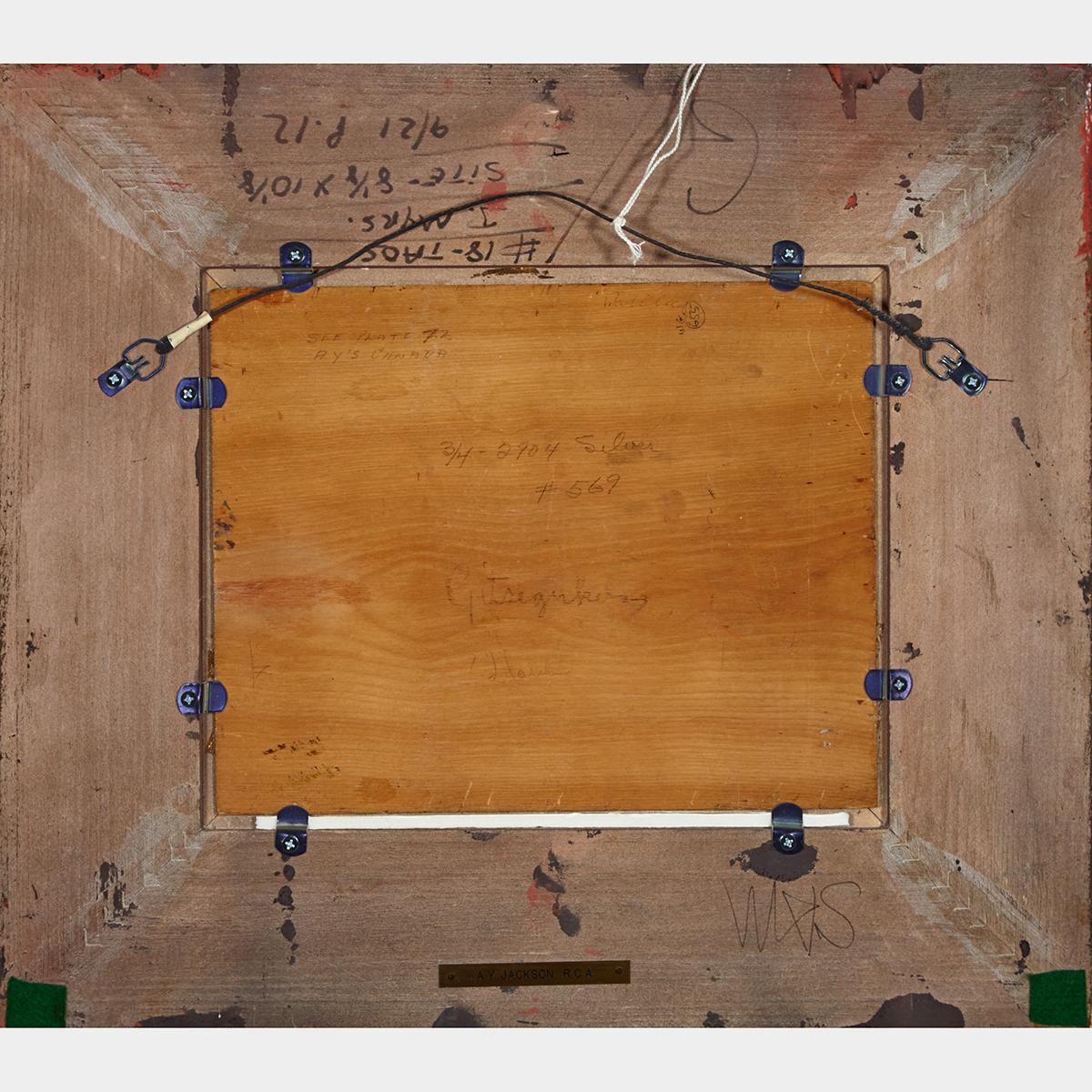 Jackson was painting in Skeena Crossing, B.C. (Gitsegukla) in 1926 as part of a project developed by anthropologist Marius Barbeau who invited artists to record symbols of native culture – villages and their totems poles – which were rapidly disappearing.

Jackson produced a number of oil sketches and paintings on this theme of the tragic decline of a once proud people. And while many such works include totem poles, villages and their inhabitants in keeping with Barbeau’s agenda, this work does not. Instead, Jackson here elects to focus exclusively on a landscape devoid of any reference to human geography. Perhaps his choice to do so was influenced by the fact that he did not view the totems as authentic Indian art. Crosby quotes Jackson in his biography thus: “The poles were not ancient in origin, having been made possible only when the white man’s tools became available to the Indians.”

Referring to the closely related drawing, reproduced in her book and referred to on the verso of this lot, Jackson Groves describes “the grandiose theme of clear-cut peak behind wide-rolling middle ground with a hint of the village in the foreground left.” In this oil sketch, the hint referred to by Jackson Groves, is noticeably absent, the artist choosing conspicuously to emphasize the untamed character of the terrain.