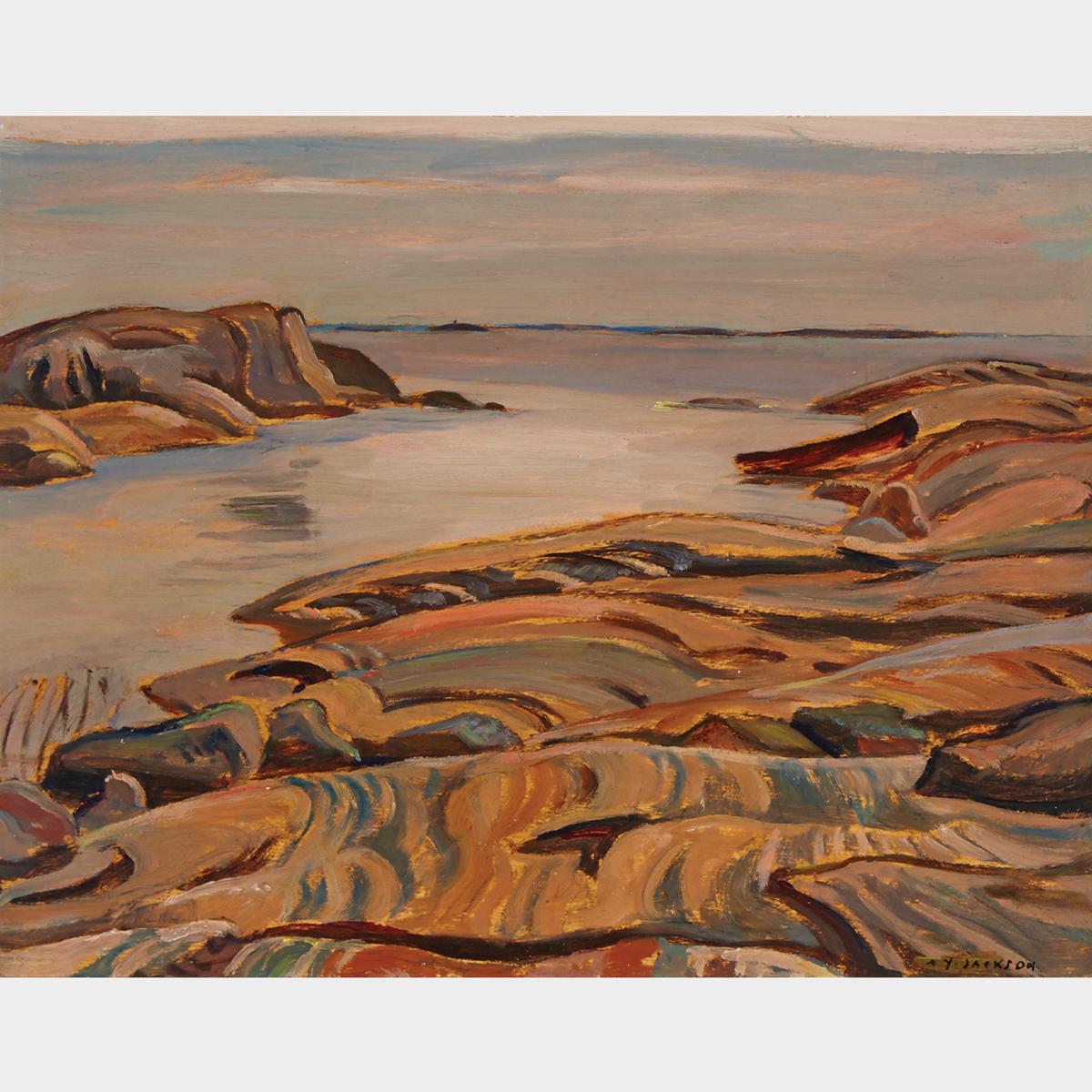 Jackson travelled to Georgian Bay to paint its many islands for decades and he never tired of it as a subject. Part of the appeal later in life when he travelled there were the sharp memories such visits would conjure of camping trips taken with painting friends long gone and greatly missed including J.E.H. MacDonald and Tom Thomson.

Looking back, Jackson recounts: “Go Home Bay and the outer islands are filled for me with happy memories of good friends and of efforts, more or less successful, that I made to portray its varying moods.”

Canoeing was among his favorite pastimes and he had, over the years, become very adept at it. Jackson remarked: “Half the fun of camping is to find a good campsite, and the smooth rocks of Georgian Bay were ideal.” One cannot help but imagine Jackson seated on his camp stool, sketch box at his side and brush in hand trying to capture yet again those elusive and “varying moods” of Georgian Bay.