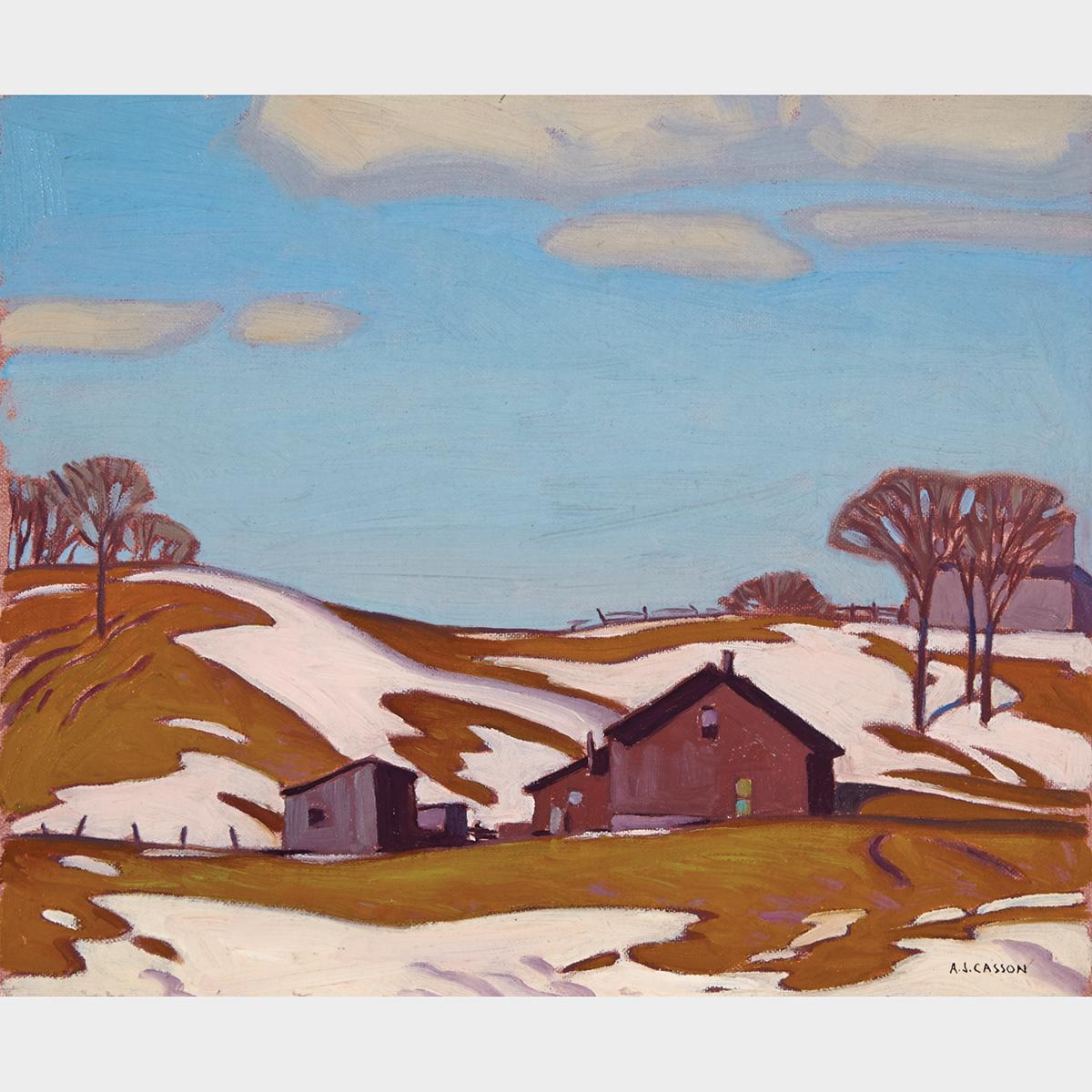 Casson chose Ontario villages as the subject for his paintings in the 1930s, as a way of distinguishing himself from other members of the Group of Seven. In a conversation with curator Joan Murray in 1977, he voiced the opinion that his particular contribution to Canadian art was in the rural villages and houses that he had depicted before they disappeared. Vandorf is a hamlet in the present-day Town of Whitchurch-Stouffville. Casson has chosen to paint the countryside in early Spring; he preferred to paint the autumn and winter seasons, perhaps because the patterns of nature were displayed in Autumn and the basic forms of the landscape were exposed in Winter, both of which appealed to his design sensibility. Here, the forms are organized in a balanced composition and the palette has been restricted to blue, mauve, grey and golden brown. The sketches that Casson executed during the 1940s and 1950s, while carefully composed, are free from the abstracting tendencies of his larger paintings of the same period.