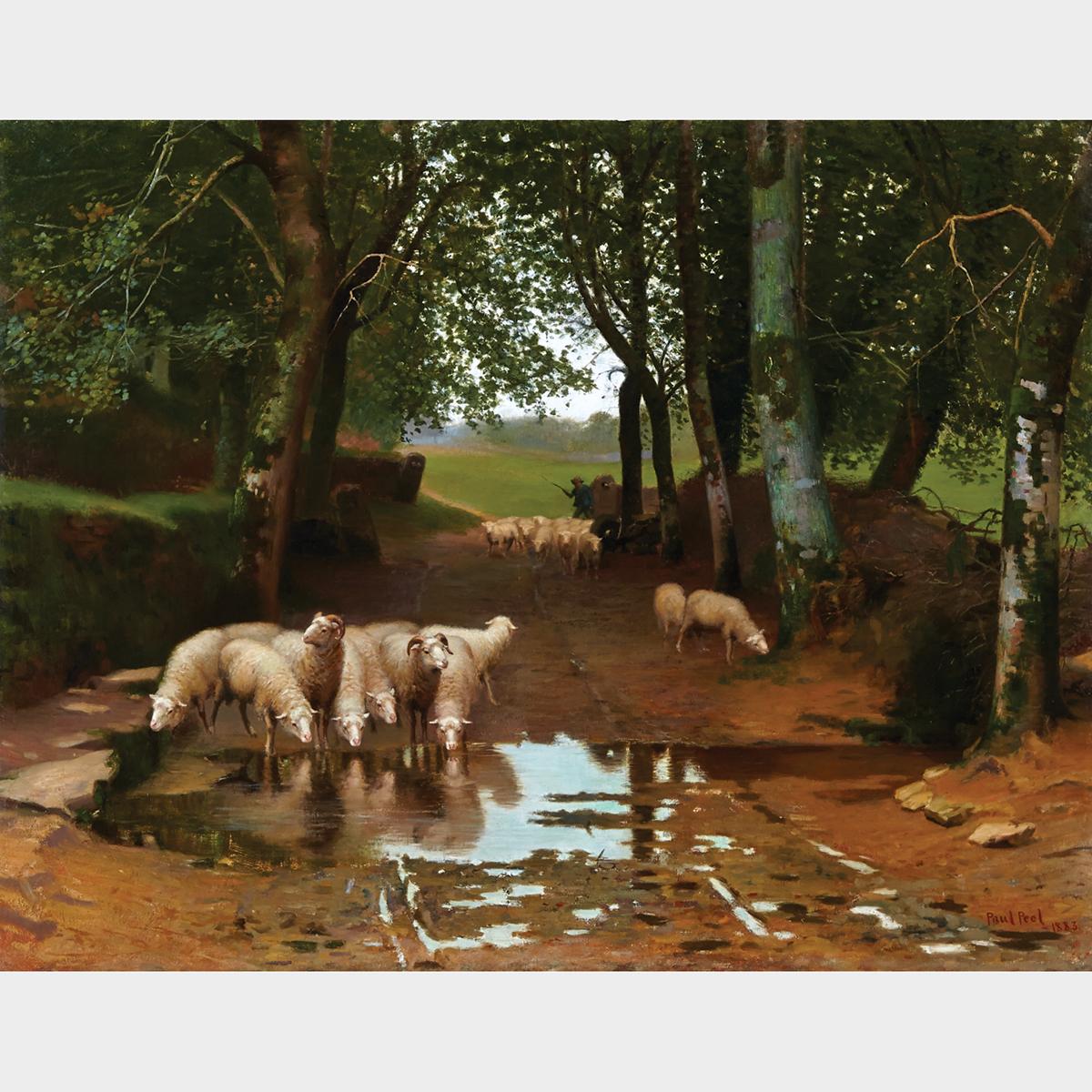 THE RETURN OF THE FLOCK

Though still in his early twenties, by 1883 Peel had studied with Eakins in Philadelphia, with Gérôme in France, had been elected to the R.C.A. as an Associate Member (1882), and had exhibited in the Paris Salon, a major accomplishment for such a young man. April and May of that year was spent in Pont-Aven, as he had the previous summer, although the artist returned to Canada in July and remained there for the rest of that year.

Fourth Annual Exhibition, Royal Canadian Academy of Arts, Toronto, 1883, no. 31 for Return of the Flock.