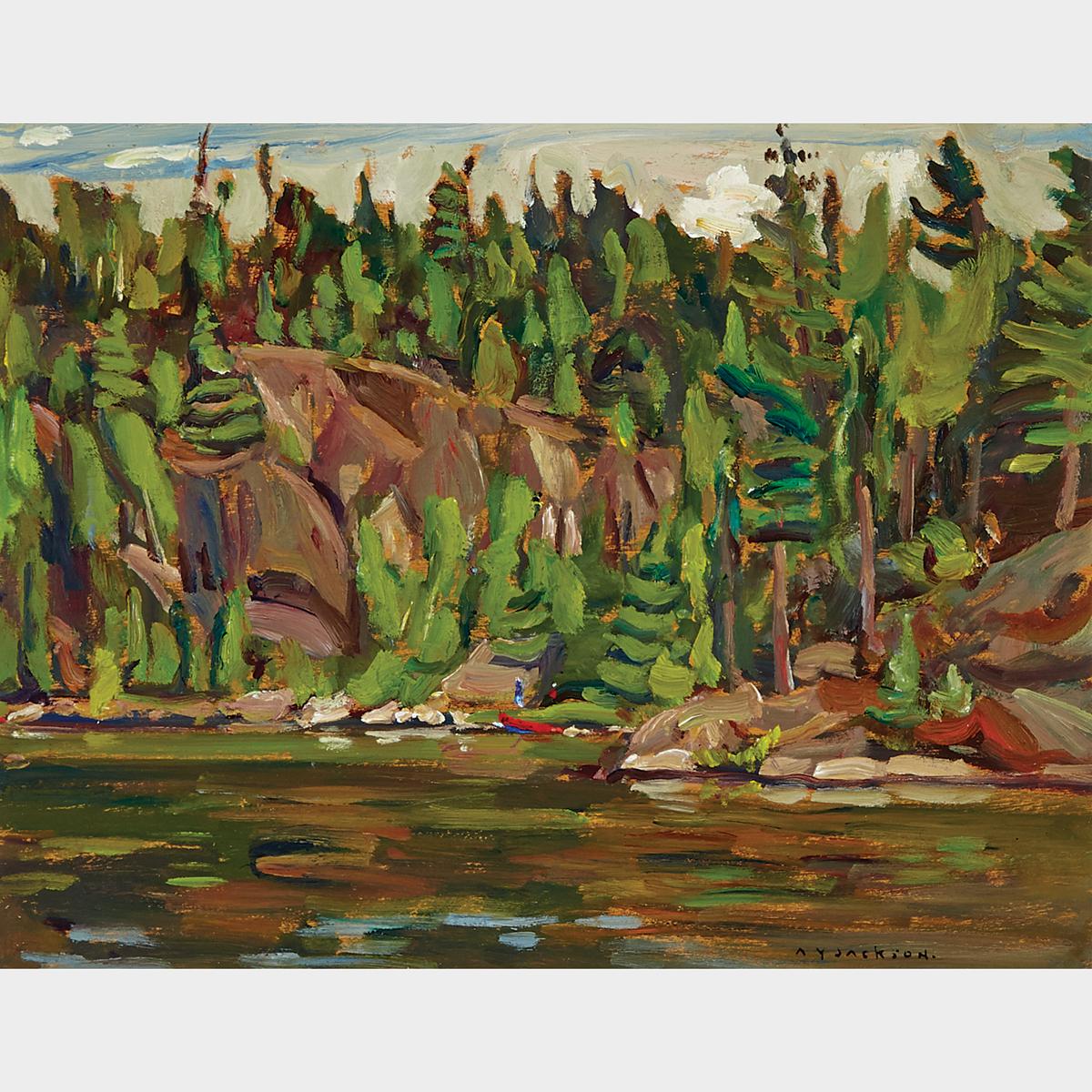 In 1955, after many years its resident, Jackson vacated the Studio Building in Toronto and settled in a new live-in studio in Manotick near Ottawa. However, he continued to revisit his favourite stomping grounds and in July of that year sketched in Georgian Bay. August would find him on the east shore of Lake Superior and in September near Sault Ste. Marie.