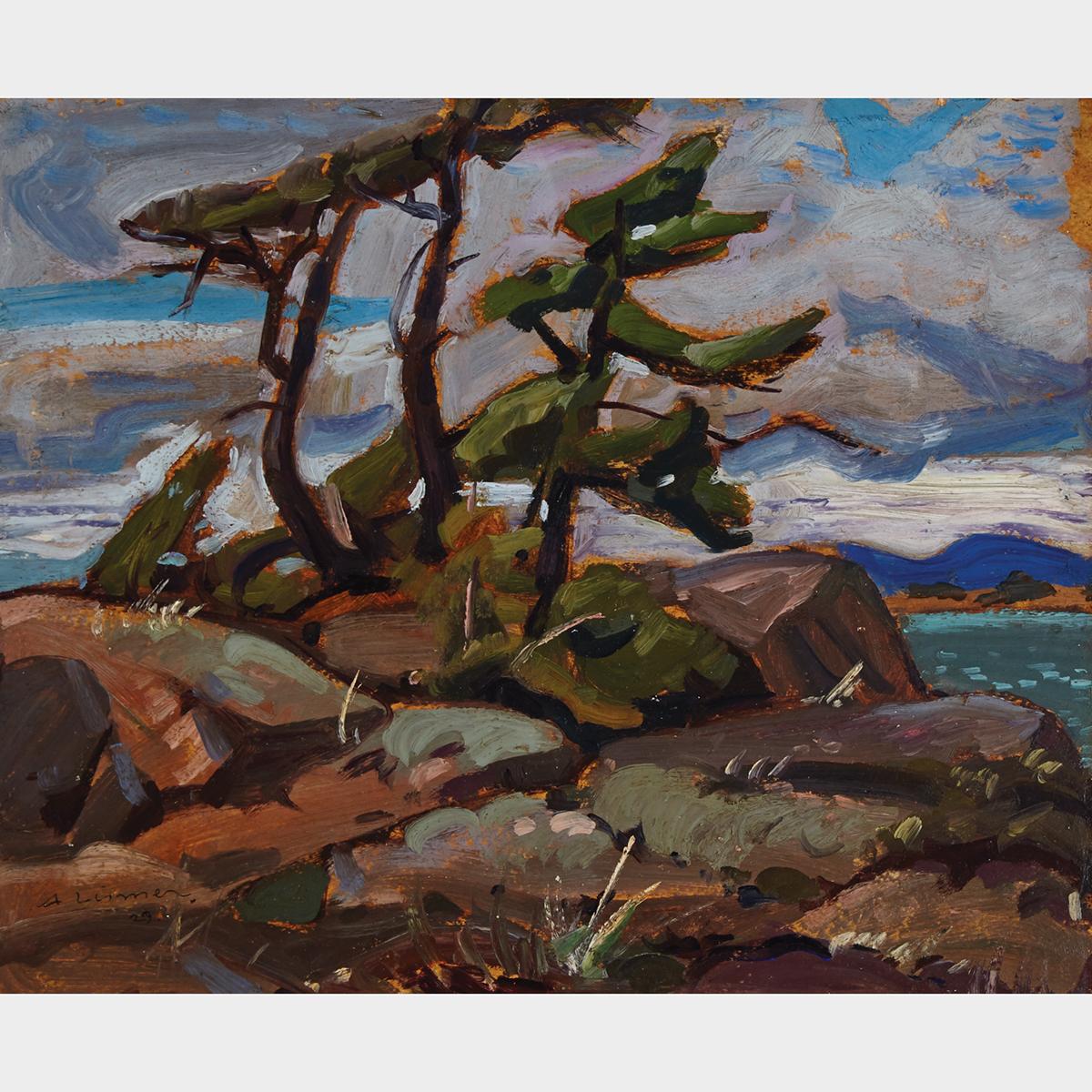 Of the many artists who painted at Georgian Bay in the nineteen-teens and twenties, including Tom Thomson and the Group of Seven, it was Arthur Lismer who would continue to paint there long after the others had shifted their focus elsewhere. The early impressionistic oil sketches that he first made at Go Home Bay in 1913 evolved into the bold image of a solitary pine tree withstanding the elements which we know as A September Gale, Georgian Bay of 1921 (National Gallery of Canada). It has become one of the iconic works of the Group of Seven. Former National Gallery curator Charles Hill has commented that it was surely a tribute to Tom Thomson’s The West Wind and The Jack Pine of 1916-7, the first canvases to feature the motif of the single tree.

Lismer’s The Three Pines is a continuation of this, his favourite theme, but with some variations that hint at a new direction in his work. It was painted at McGregor Bay, located north of Manitoulin Island in Georgian Bay, which he visited with his family during the summer of 1929. In this sketch, Lismer has shifted his focus downward from the group of trees to the lichen-covered rocks in the foreground which now occupy the lower half of the picture. As a result, the trees are pushed up, reducing the amount of open sky, and the water is merely suggested by a small patch of turquoise located midway up the right-hand side of the panel. This new interest in foreground detail would be developed in later works such as Pine Wrack of 1933 (National Gallery of Canada) until they became the very subject of the painting. Canadian Jungle, 1947 (The McMichael Canadian Art Collection), for example, is a close-up examination of the rich ground covering that he had sketched at Georgian Bay the previous summer.

The inscription on the back of the panel indicates that it was a personal gift from the artist to Sydney J. Key (1918-1956), the young curator at the Art Gallery of Toronto who organized the Lismer Retrospective in 1950.