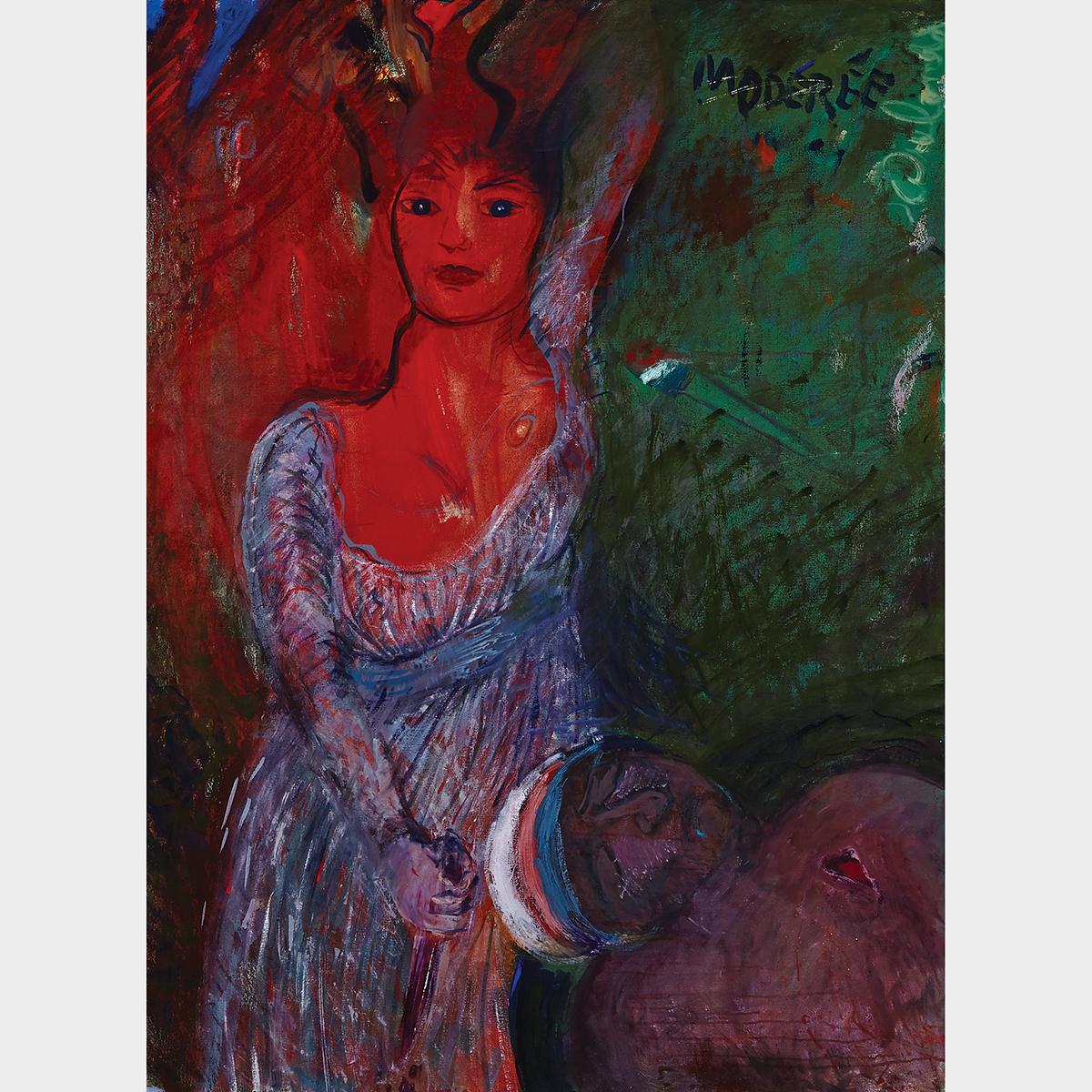 It was on the eve of the fourth anniversary of the sacking of the Bastille, 13 July 1793, that the noblewoman Charlotte Corday, knocked on Jean-Paul Marat’s door. Claiming knowledge of an escaped group of Girondins, Corday was permitted entry and recited her list of 18 offenders. In truth, Corday was a Girondin sympathizer, a member of an impoverished aristocratic family seeking to avenge the ‘wrongdoings’ of the Revolution. After Marat had finished writing down the names, he assured the lady that the ‘heads’ of the guilty would ‘fall within a fortnight.’ With her true allegiance called to task, Corday produced a kitchen knife from her corset, and slayed the politician. She would later testify during her four-day trial that she had ‘killed one man to save 100,000.’

The works of Joyce Wieland are frequently lauded as emblems of patriotism and feminism. “From the beginning of her career, Joyce did not try to paint like a man, even at a time when mainly men’s work was considered authentic art. Working from the wellspring of who she was, a woman and a feminist…meant accepting an inescapable identity that modified her position in art; as a woman she was marginal even though she was the country’s leading (woman) artist by the late sixties.”

In this work, Wieland re-infuses the scene, immortalized previously in a work by Jacques-Louis David, with the female voice. The viewer is compelled by the artist to reinvestigate the narrative, the moment captured, and the true hero. As Wieland inscribed: MODERÉE: To “moderate” the story, to make less extreme, the average, the commonplace.

This work was executed in 1987, the year in which Wieland became the first living Canadian-woman artist to be given a career-long retrospective at the Art Gallery of Ontario (16 April–28 June 1987).