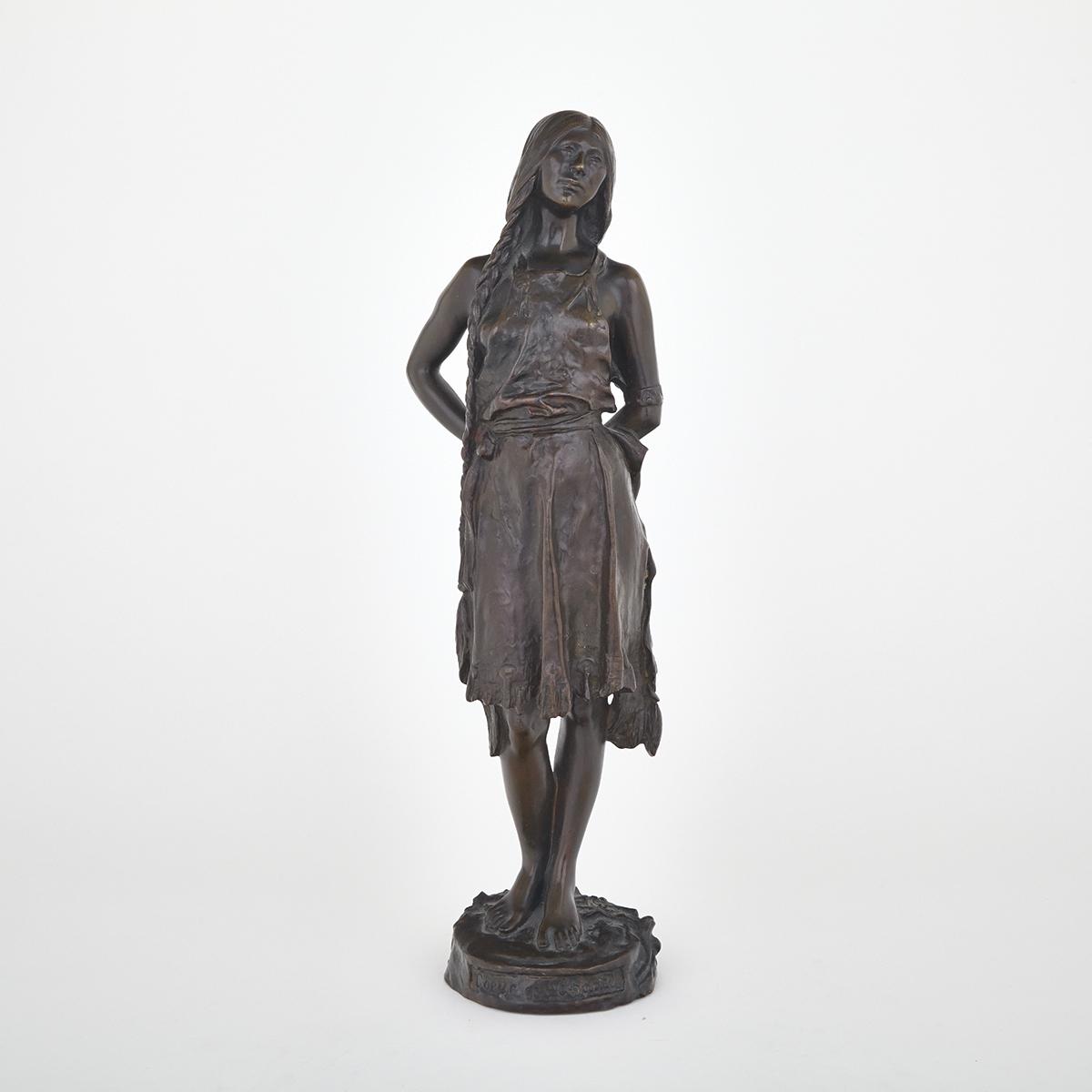 bronze
signed, titled, dated 1912 and stamped with the foundry mark “R. Hohwiller/Fondeur/Paris” on the base
height 19 ins; 48.3 cms 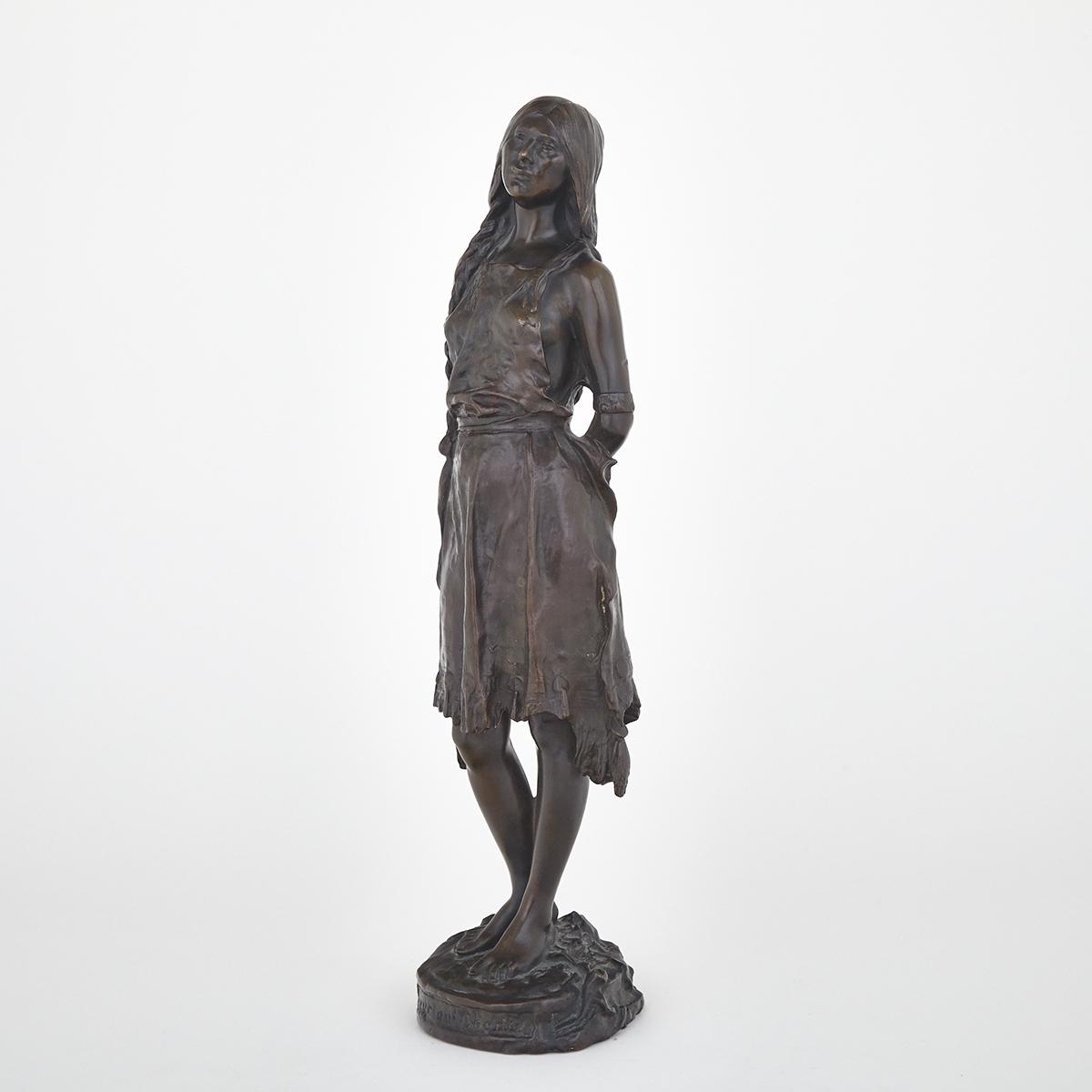 Hébert was interested both in the depiction of Indian life pre-contact with Europeans as well as of those who interacted with European culture through, for example, trade. It is also interesting to note the contrast in his depiction of male and female subjects. Drouin notes: “Si l’homme est souvent representé en chasseur ou en guerrier à l’affut, la femme emprunte les traits d’une séductrice ou d’une abandonnée, comme...Coeur qui Chante.”

Insurance Executive Patrick Martin Wickham was an early patron of Louis-Philippe Hébert. He also served as Mayor of St. Lambert, Quebec for several terms at the turn of the century.

A cordial relationship arose between Louis-Philippe Hébert and Wickham over the years, and the details of their business transactions were meticulously recorded by the artist and by the Wickham family.

Wickham approached the artist with a special request that Hébert make small replicas of a number of works which graced the National Assembly Buildings in Quebec City, a request embraced by the artist.

At least seven small statues were created, including Coeur qui Chante, with three to six copies of each, all cast at the renowned R. Hohwiller Foundry in Paris.