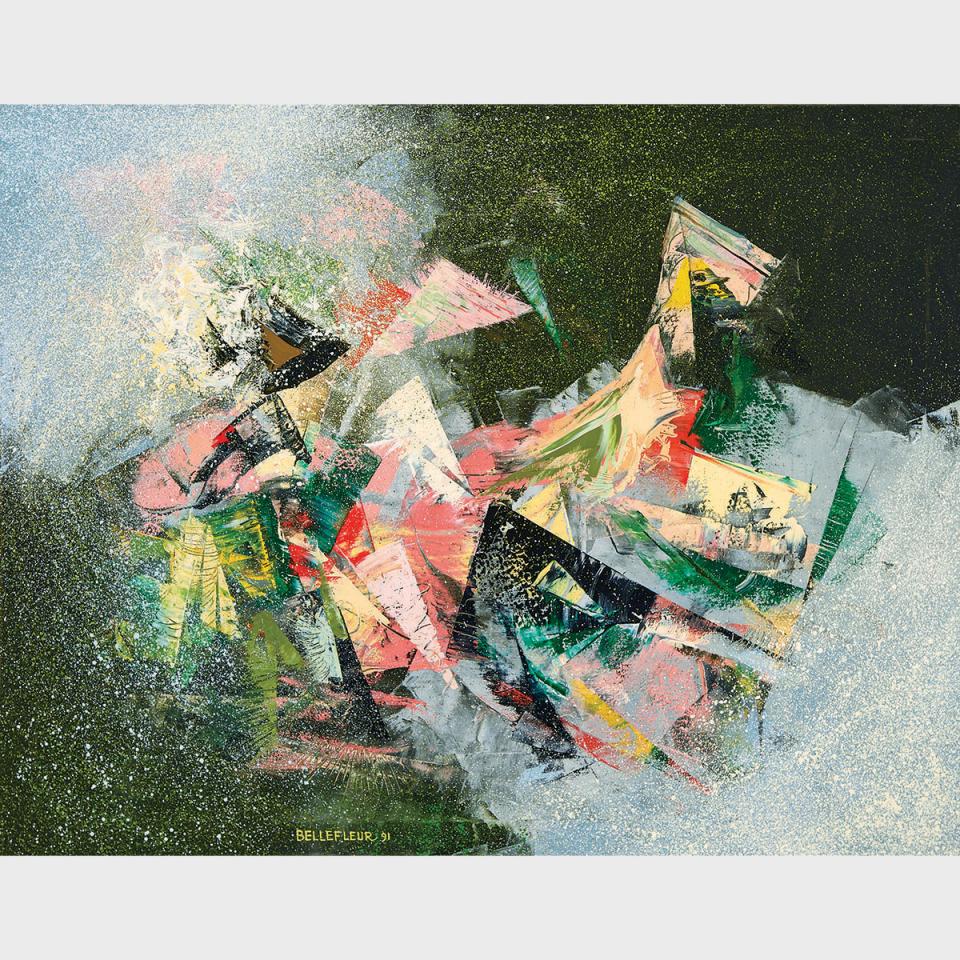 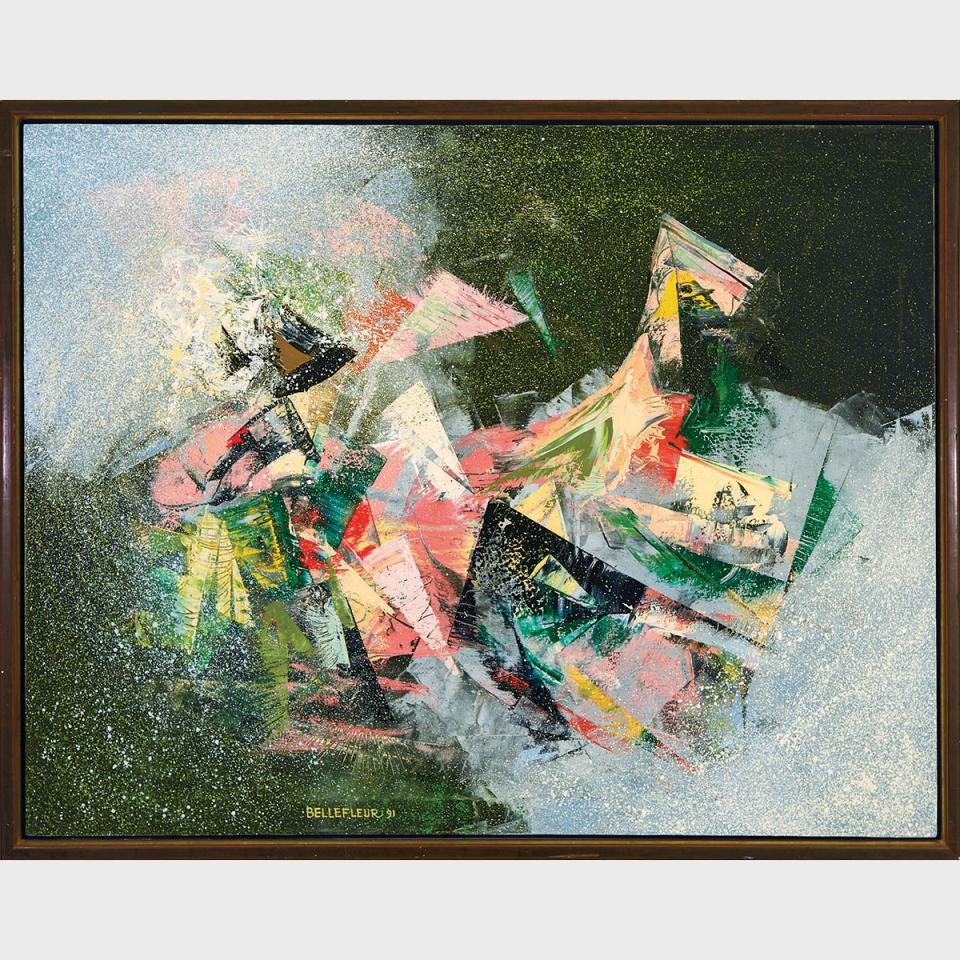 Léon Bellefleur (1910-2007) is recognized today as an important figure in the artistic legacies of Quebec and Canada. Although he did not become a full-time artist until 1954, Bellefleur played an active part in Montreal’s art world in the 1940s. In 1948, he joined Prisme d’Yeux, a group of fifteen artists led by Alfred Pellan, which sought to counter the increasing influence of Paul Émile-Borduas and the Automatistes. Their manifesto promoted total freedom in art, without any aesthetic or ideological constraints, in contrast to the radical hardline position of the Automatistes. Its artists represented many different artistic tendencies. It was through his association with Prisme d’Yeux that Bellefleur became interested in Surrealism and automatic techniques for producing art.

One of the last proponents of Surrealism in Quebec, Bellefleur was influenced by the work of Paul Klee, Wassily Kandinsky and Joan Miró. Working as a primary school teacher for twenty-five years, he was an advocate for children’s creativity; and his work with children provided another source of inspiration for his paintings and graphic work. Bellefleur has been called a painter of lyrical abstraction, for there is a strong element of poetry in his work (not only in his titles); he counted the Québécois poets Roland Giguère and Gilles Hénault among his friends, and often illustrated their poems.

Retour de la Chimère (Return of the Chimera), illustrates the artist’s approach. Bellefleur explained in 1993 that he would begin a work in a completely free state, without a subject, title, or range of colours in mind (Le Devoir, 23 Fev. 2007). A subject would likely suggest itself to him either during the process or after. He has applied the paint using a palette knife, brush, and spatter technique to achieve a variety of textures and effects. With the palette knife, Bellefleur created a series of flat, overlapping planes of colour with sharp edges, then wrote into the wet paint with the end of a brush. Light appears to emanate from the upper left and lower right corners, with spattered paint suggesting its dispersal over areas of the canvas. The end result is a distinct motif that stands out against a dark ground resembling deep space, and which the artist has interpreted as a chimera—a mythical hybrid beast, composed of parts of more than one animal. The paint handling (dragged with the knife and drawn into while wet) suggests that the creature is in motion—hence, “return.” Typical of Bellefleur’s later works, Retour de la Chimère is filled with light and air, and the central motif stands out clearly. The effect is both magical and mysterious.