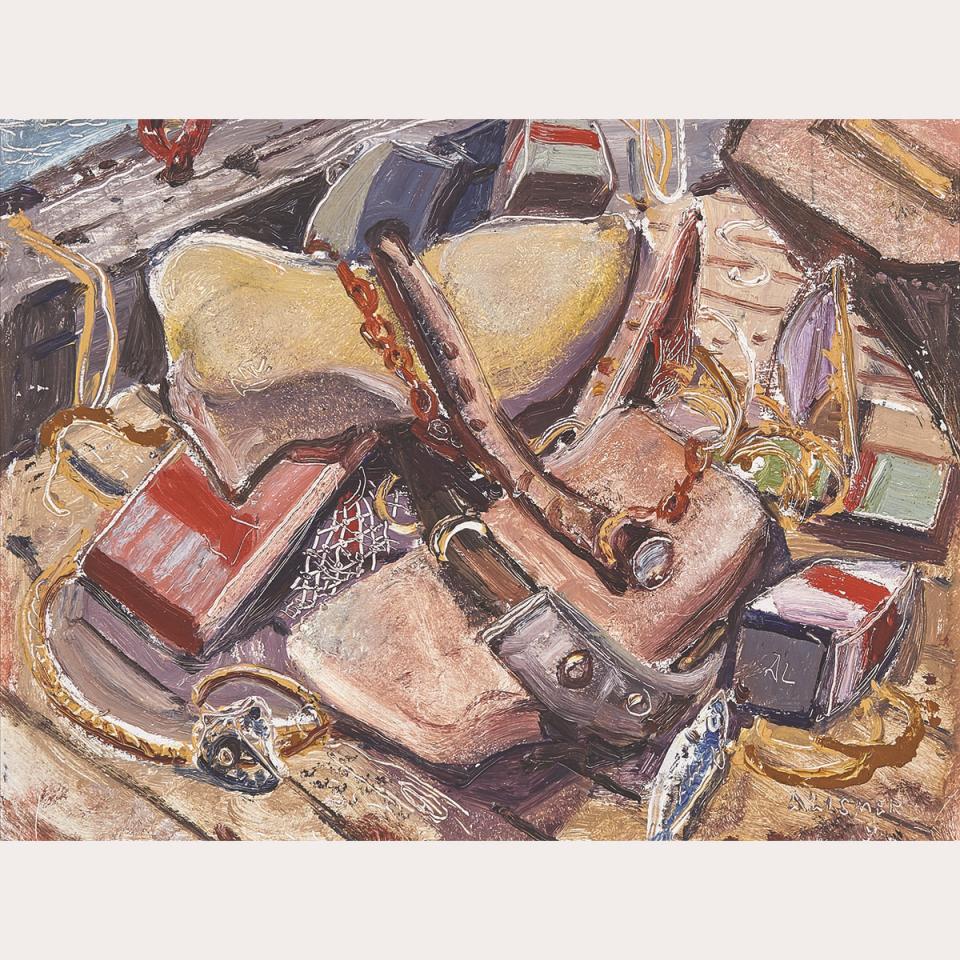 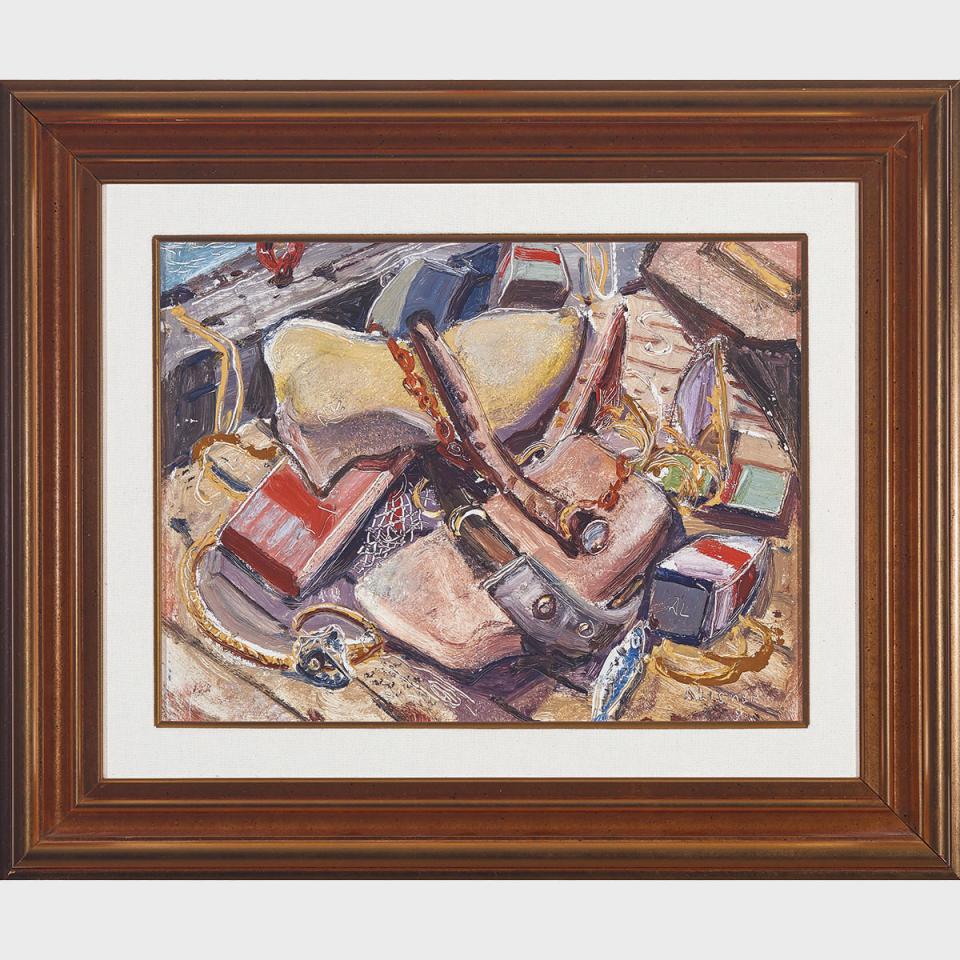 After the war, Arthur Lismer (1885-1969), who at the time resided in Montreal, made a number of sketching trips to Cape Breton and continued to do so until 1954. Dennis Reid writes: “It was Cape Breton that now became most important in terms of his work, and he and (his wife) Esther returned (in July and August of 1945) and again in 1948 and 1950 staying usually on the east coast around Ingonish... The work done on Cape Breton Island - strong, assured, often innovative - dominates the middle period of the decade.” This lot resulted from one of those trips.

In this vibrant little painting, Lismer zooms in on a tangle of litter found strewn in a heap such as could be found on any east coast dock – a fish knife, rope, barrels, buoys, nets, and killicks (stone anchors). Lismer commented: “…they fall into natural positions. To arrange them into formal still lifes would be to kill them, I am too fond of these things to want to change them into something else.”

The ocean itself appears only in the upper left corner, an effective and clever compositional device used in other works from this period including Canadian Jungle, 1947 (McMichael Canadian Art Collection). Further, the close-up focus has both a vitalizing and abstracting effect and is another technique we see Lismer using at this time, jokingly crediting it to myopia. Eye condition or otherwise, it serves to compress and animate the composition. Heavy impasto and scraffito (the end of the brush is used to incise details into the paint to achieve certain effects, for example the netting on the dock, and waves on the water) are also used here to advantage.