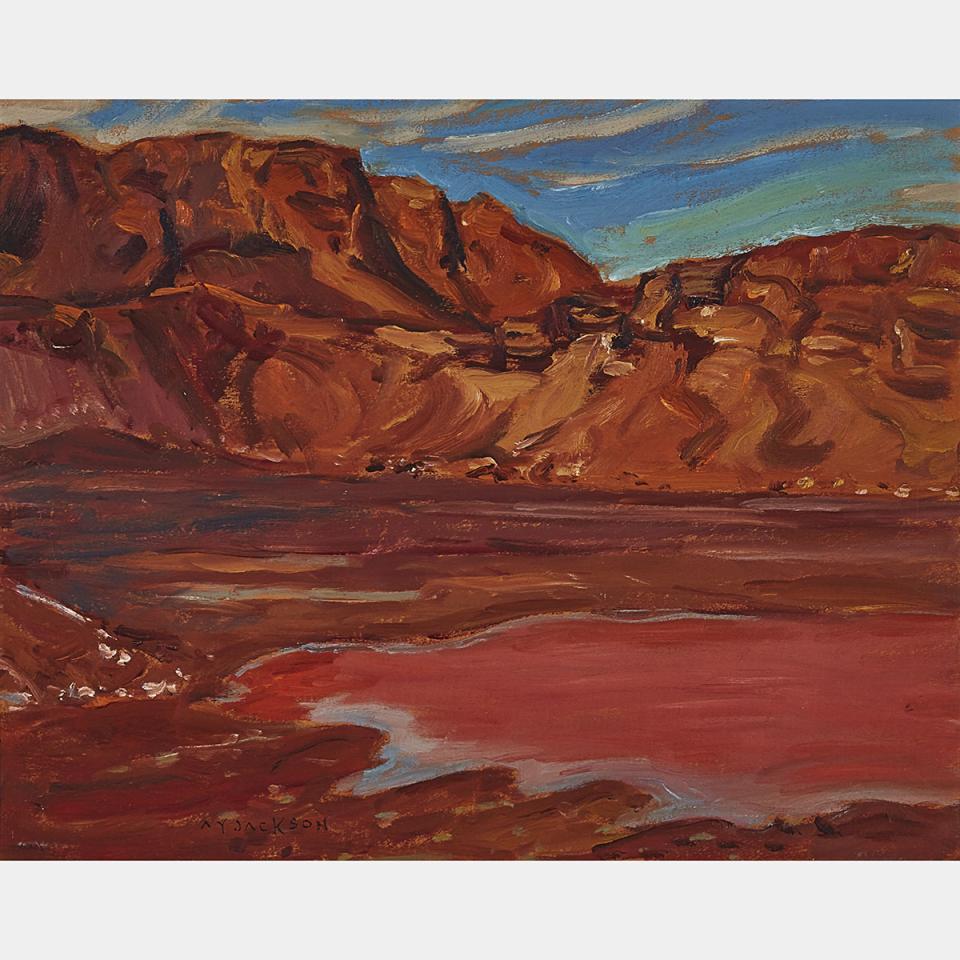 In the spring of 1961, A.Y. Jackson (1882-1974) accompanied Maurice Haycock, a mineralogist with the Department of Resources and Development in Ottawa and a serious amateur painter, to an area on the Quebec-Labrador border at Shefferville where iron ore was being mined. Jackson’s Ottawa connections were often useful in facilitating his travel to distant mining operations: in 1949, he had visited the Eldorado Mine at Port Radium on Great Bear Lake, also with Haycock.

This view of a depleted iron mine at Knob Lake, was painted in June 1961. Jackson has given bold expression to this landscape, ravaged by iron ore mining. The strident colours and simplified forms reveal his roots in Post-impressionism; the lower half of the picture verges on the abstract. In the bright daylight of this northern terrain, this was how the scene struck the artist. The intensity of the orange and ochre rock face is heightened by the brilliant blue of the sky, and the various shades of purple and red that give definition to the hills are repeated to great effect in the foreground. Jackson’s masterful colour sense in this painting is borne out by the coppery-coloured pool of tailings in the foreground.