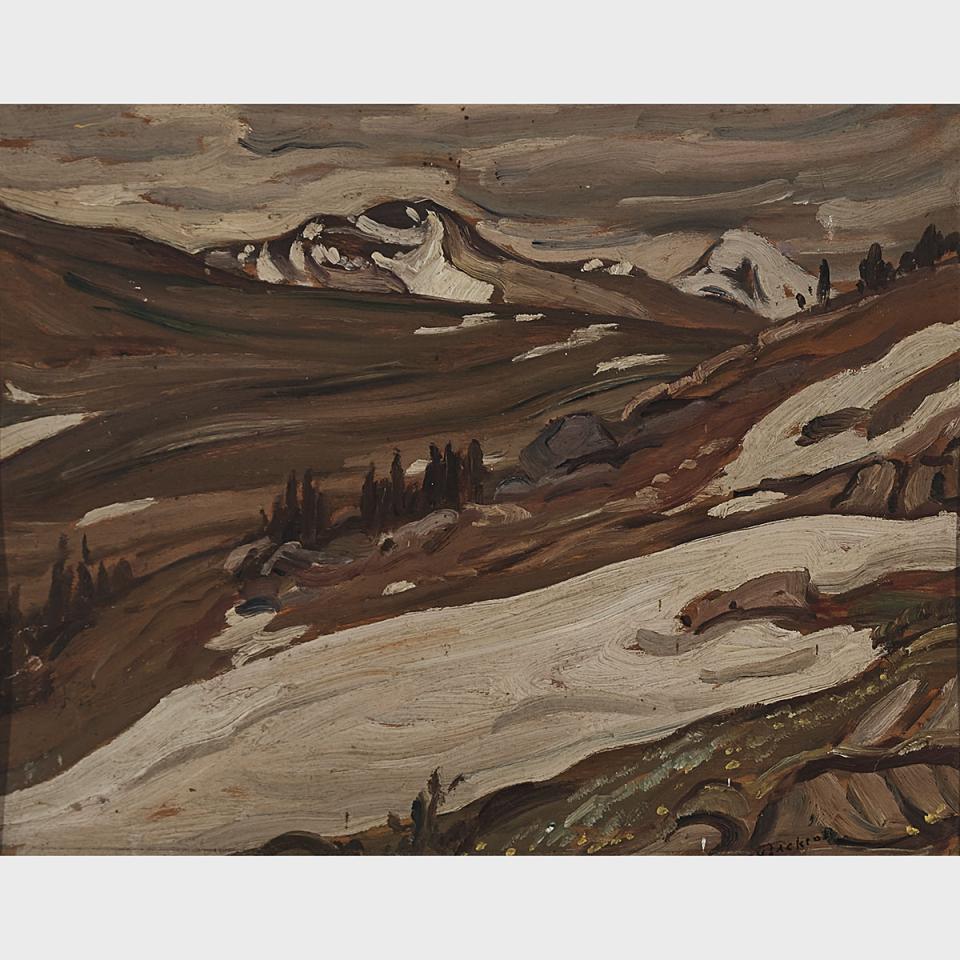 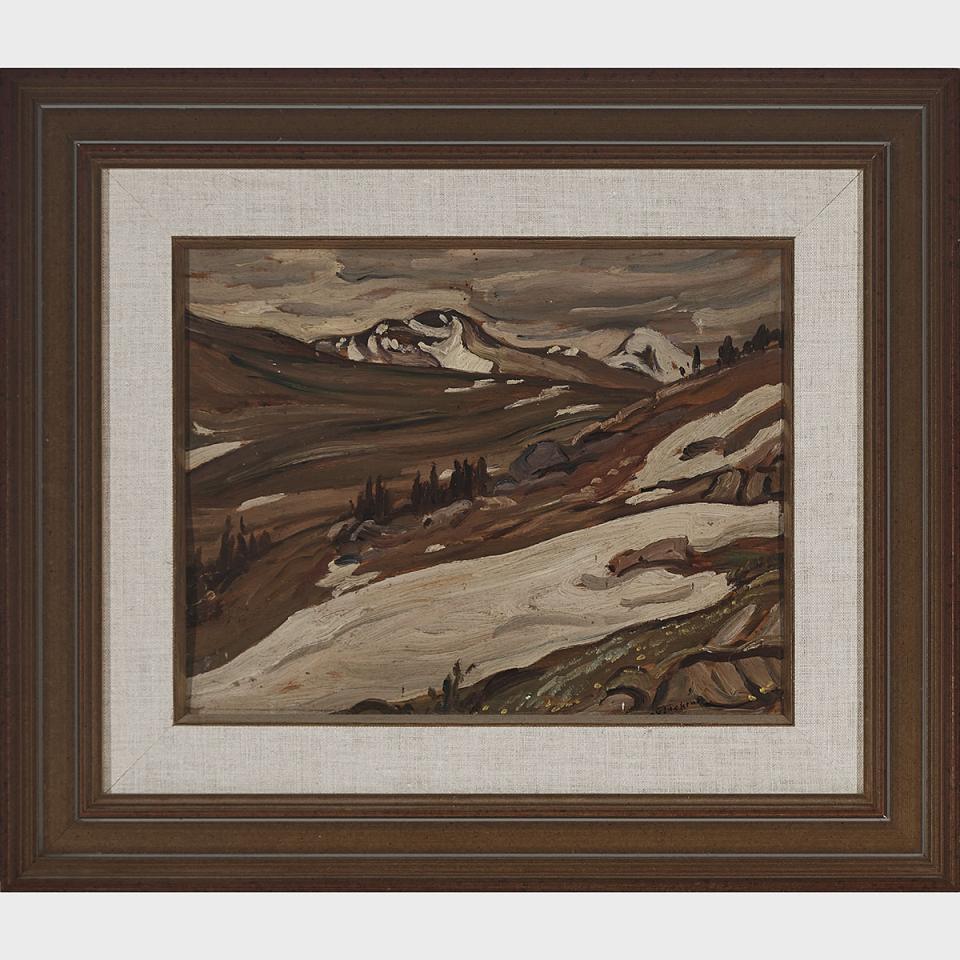 In the summer of 1943, A.Y. Jackson (1882-1974) assumed a teaching position at Banff School of Fine Arts Summer School replacing George Pepper who had enlisted to support the war effort. Jackson was still teaching there in “July 1949”, the date inscribed on the reverse of this painting. Sunshine Lodge is located in Banff National Park about 18 kilometres from Banff itself.

An intrepid wanderer, Jackson first began painting and exploring the rugged terrain of Alberta in earnest in 1937. Mountains at Sunshine Lodge captures the various colours that constitute the Alberta landscape with what Donald Buchanan praised as remarkable “geographical validity”. Interestingly, the painting also acts as a foil to the radical changes happening farther east in Quebec.

In 1948 the Automatistes released a social and aesthetic statement that would not only impact the Canadian art world, but would subsequently launch the Quiet Revolution. Jackson had been what Dennis Reid has described as “an avowed opponent” to the modernist ideas of the Contemporary Art Society of Montreal in the early 1940s, so it is difficult to imagine any empathy he might have for the ideas associated with Refus Global. But to every thing there is a season: where once he had been among an avant-garde cadre of artists, Jackson now found himself in the traditionalist camp, perplexed by the public’s acceptance of the Automatiste manifesto when it had been shocked by his use of Impressionism just a few decades earlier.

Nonetheless, there continued to be a strong appetite for Jackson’s landscape sketches like Mountains at Sunshine Lodge. His popularity even seemed to be on the ascendant (he had begun showing again with the RCA in 1940) although the late war years had impacted aspects of the cultural sector and exhibition opportunities had been curtailed.

Jackson taught at the Banff School for six seasons in the 1940s, connecting with many hundreds of students each summer from across Canada and the U.S. 1949 was the last summer he would spend at the school.