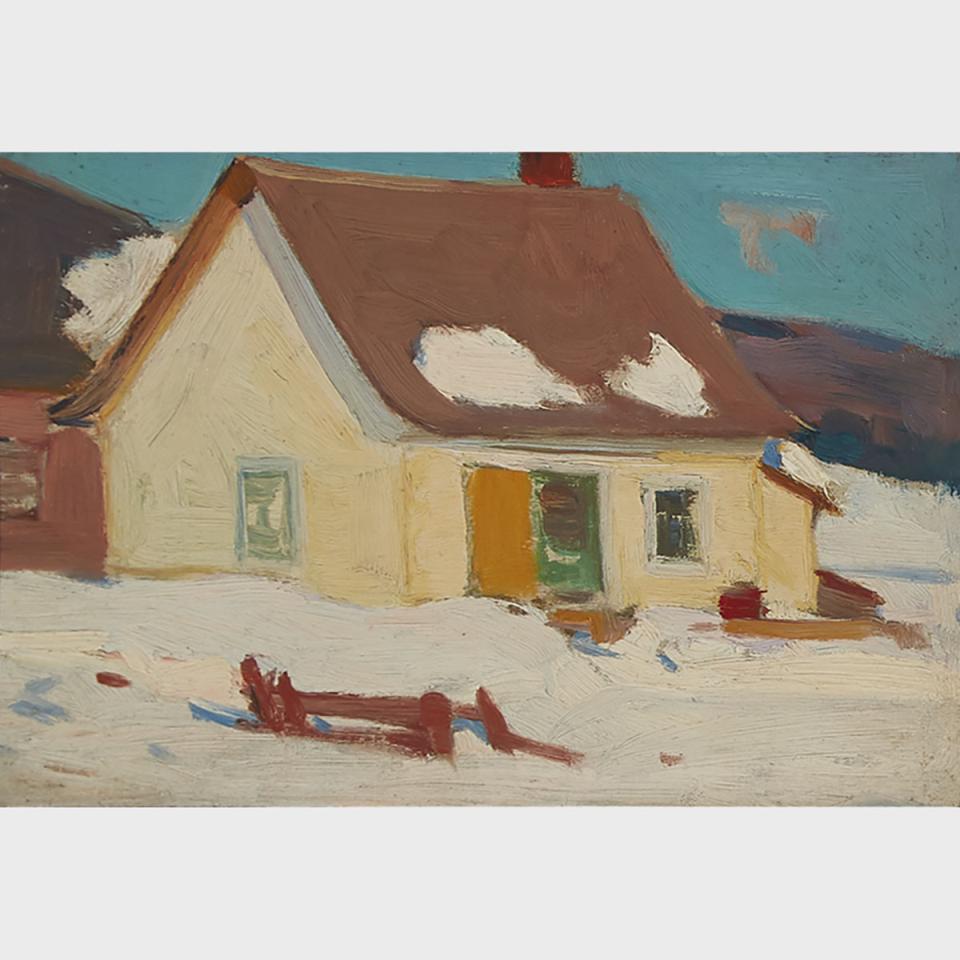 SMALL FARMHOUSE IN THE HILLS OF BAIE ST. PAUL, 1924 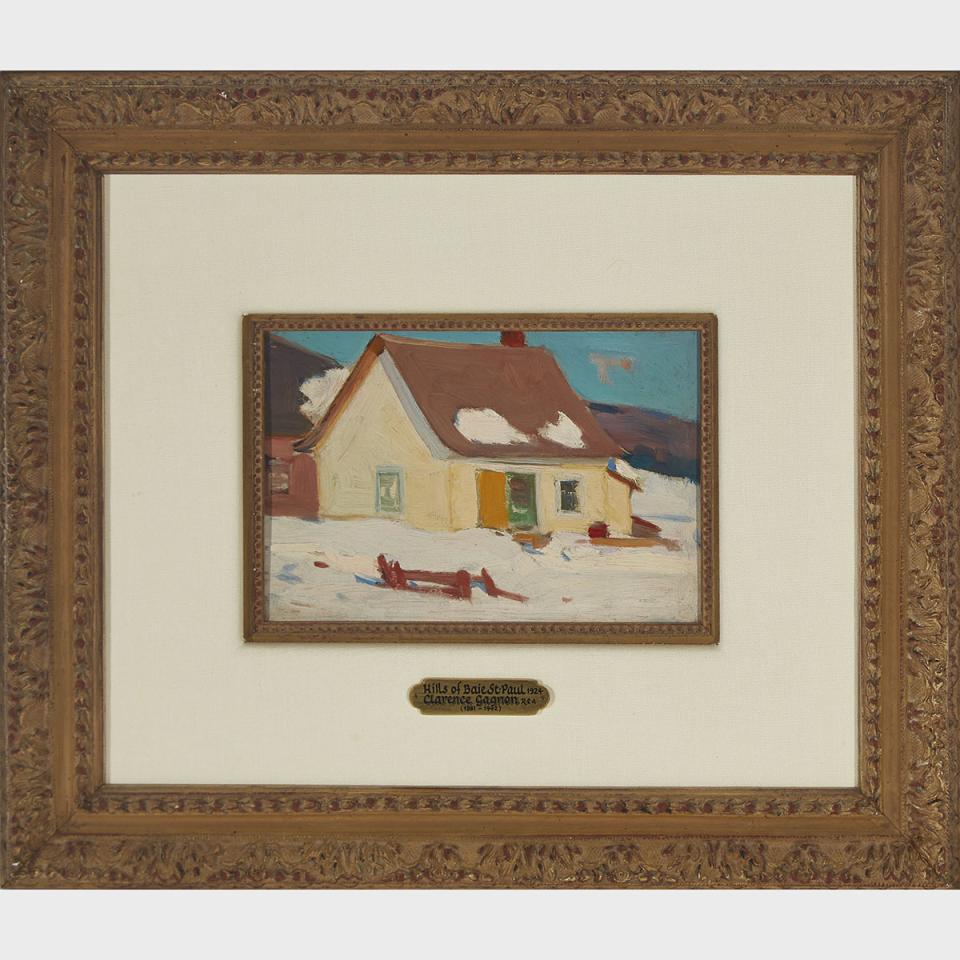 Clarence Gagnon (1881-1942) spent five years in Baie St. Paul from 1919-1924. He had, of course, spent time painting in the region before but he returned this time with a renewed approach to materials and matrimony. In June 1919, he married his second wife Lucile Rodier, whose labels affixed to the reverse of Gagnon’s little pochades are a mark of authenticity and have served scholars and collectors well in the identification of both date and place of execution of her husband’s work.

While Baie St. Paul remained a rural and somewhat isolated place, certainly in contrast with Montreal which had been Lucile’s hometown, or Paris where Gagnon had been living on and off since 1904, the newlyweds enjoyed the company of many fellow painters while there. They were house-guests of Horatio Walker, with whom they stayed while on honeymoon and once they settled into their own place, welcomed guests of their own. Among the many painting friends who came to call were A.Y. Jackson, Randolph Hewton, Mabel May, Edwin Holgate, Albert Robinson and Lilias Torrance Netwon. In winter, the painters would often travel about on skis to visit villages or vantages that provided attractive opportunities for sketching, although Jackson, known as “Pere Raquette”, is said to have preferred snowshoes.

Small Farmhouse in the Hills of Baie St. Paul has been dated by Lucile Rodier to ca. 1924. If accurate, the sketch would likely have been executed en plein air early in the year as by the end of that same year the Gagnon’s had decided to return to Paris.

Works of this subject by Gagnon produced prior to his fourth return to Quebec (1919-1924) rely heavily on classic techniques associated with Impressionism, in particular as they relate to atmosphere. Hélène Sicotte points out that Gagnon “invariably shares a predilection for atmospheric effects and brilliant contrasts of light.” But paintings such as this lot mark a change in both materials and methods that cement Gagnon’s position as one of Canada’s greatest colourists. There is a “chromatic harmony” here that dominates and may be the result of new methods of paint preparation that Gagnon had adopted on his return to Quebec in 1919. Around this time, Gagnon began experimenting with various painting techniques which involved grinding his own pigments, having become disenchanted with commercial preparations which he refused to use. Sicotte notes that this involved “a considerable investment of time and energy” but allows that it was demonstrably worth it because paintings from this period “are notable for their vivacity and purity of colours”.

While atmosphere is not completely absent from pictures from this period, the air is often noticeably crisper and it is clear that Gagnon metabolized the comments of British critics who in 1910 had chided Canadian painters who had participated in a Liverpool exhibit of their work for picturing their country through the filter of a European lens, urging them instead to develop their own approach to painting by “throwing off the yoke of (foreign) influence”.

Gagnon’s early European subjects, particularly those of Venice or his French beach scenes can be mistaken at times for the works of other great painters of his generation; it is works from this period that become distinctly Canadian and distinctly his own. As A.K. Prakash notes of the works from the 1919-1925 Baie St. Paul period, describing works like this little pochade with its vivid colours “applied with smooth, even brushstrokes, increasingly in blocks and patches” (see Prakash, page 581 for a related Farm, Baie St. Paul subject from ca. 1924): ”It was this difference that belonged exclusively to his hand and went beyond the formulae of the French post-Impressionists.”