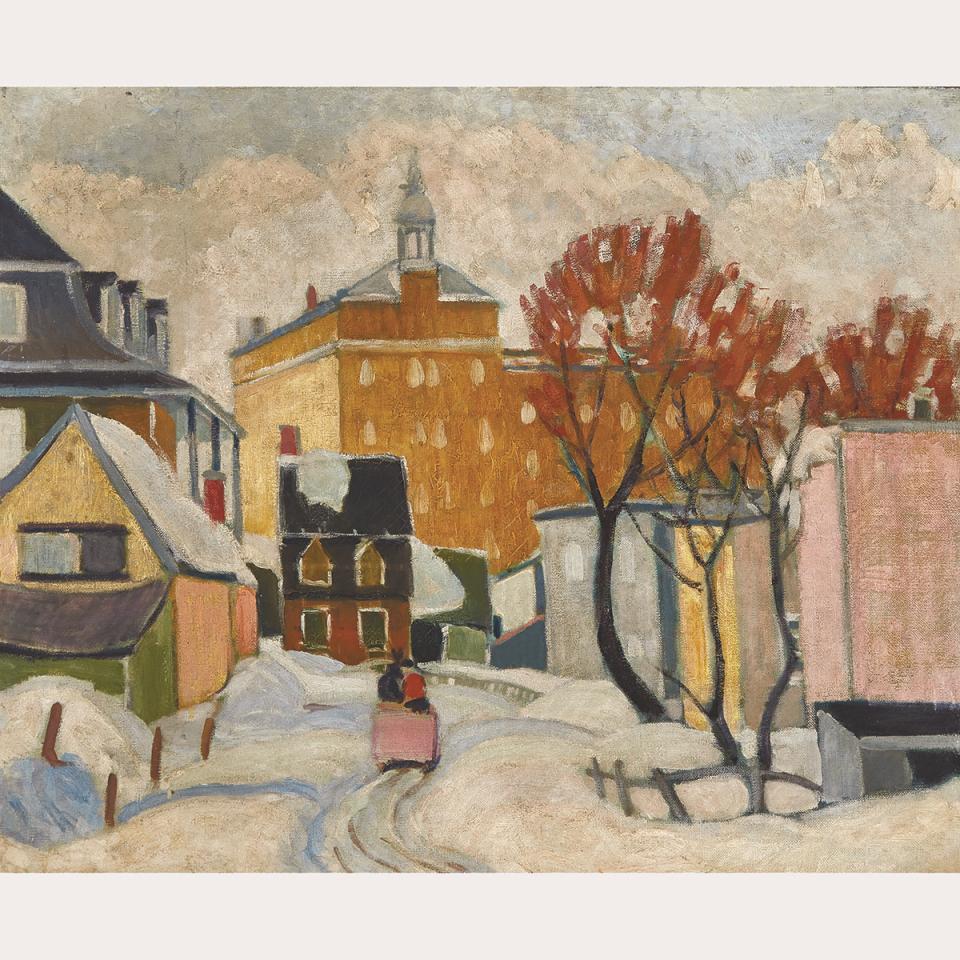 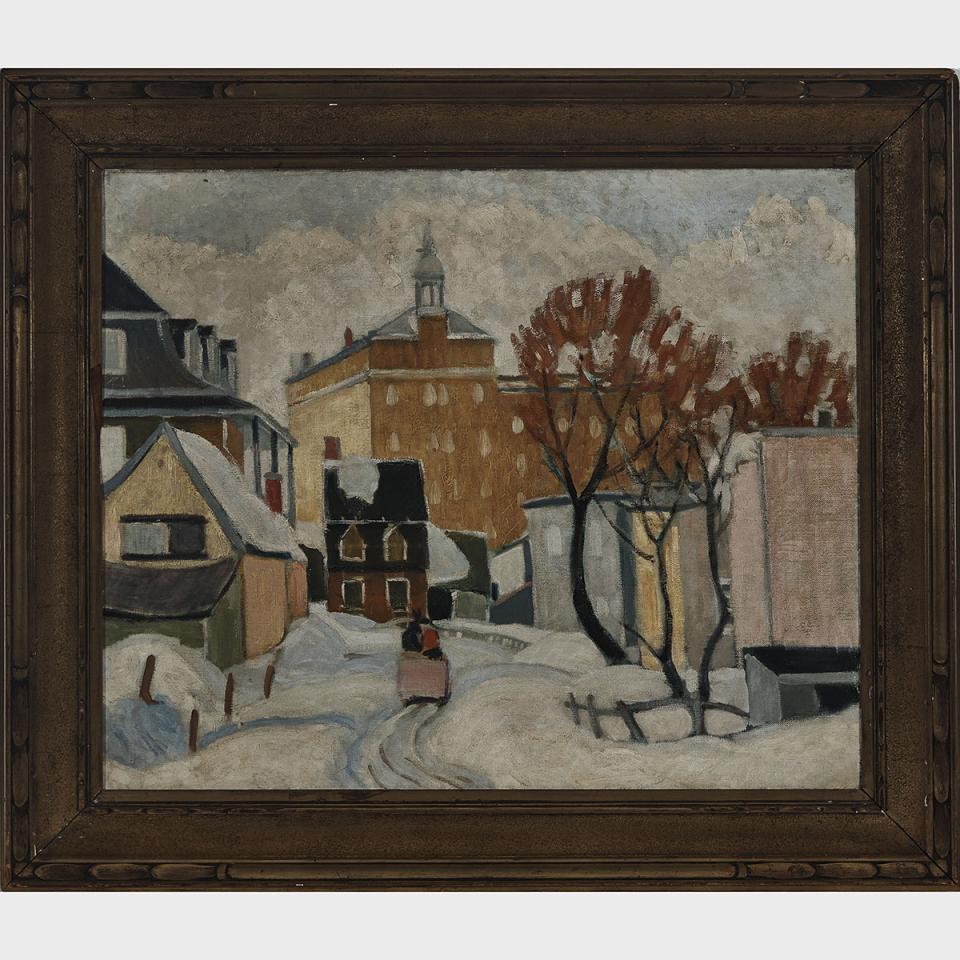 Sociable and charming, Randolph Hewton (1888-1960), who was born in Quebec, was destined for a career in art. Studying under the distinguished Canadian landscape painter, William Brymner, Hewton attended the academies of Paris where he met and travelled with Group of Seven mainstay, A.Y. Jackson and several other Canadian painters. While he exhibited regularly at the Royal Canadian Academy of Arts and was an often celebrated artist, Hewton only sold one painting in his lifetime - to his aunt. Enlisting in the First World War in 1915, one of his duties was to record battle scenes in the area of Mons, France. These watercolour works later formed the basis of his solo exhibition, which ultimately led to his invitation to exhibit in the first Group of Seven show in 1920, and the founding of the Beaver Hall Group with several other Montreal based artists in that same year.

Succeeding William Brymner as principal of the Art Association of Montreal, Hewton was a highly respected instructor. Yet his then unprecedented use of bright, contrasting colours in both his landscape and portrait paintings was beginning to attract negative criticism, and perhaps due to his support of the modernist aesthetic styles, by 1924 the AAM had terminated his contract. He continued painting and exhibiting throughout the next few decades, but when his beloved wife died in 1950 he gave up painting altogether and died ten years later. Remembering fondly his lifelong friend, A.Y. Jackson wrote: “He was a good companion, friendly, sympathetic and generous in his estimation of others”. Picturing a classic winter scene in a small Quebec town with a bold and lively colour palette, Saint-Joseph de Lévis is not only an excellent example of an artist exploring his home and his talents, but also demonstrates the early rise of modernism and expressionism in Canada at the time.