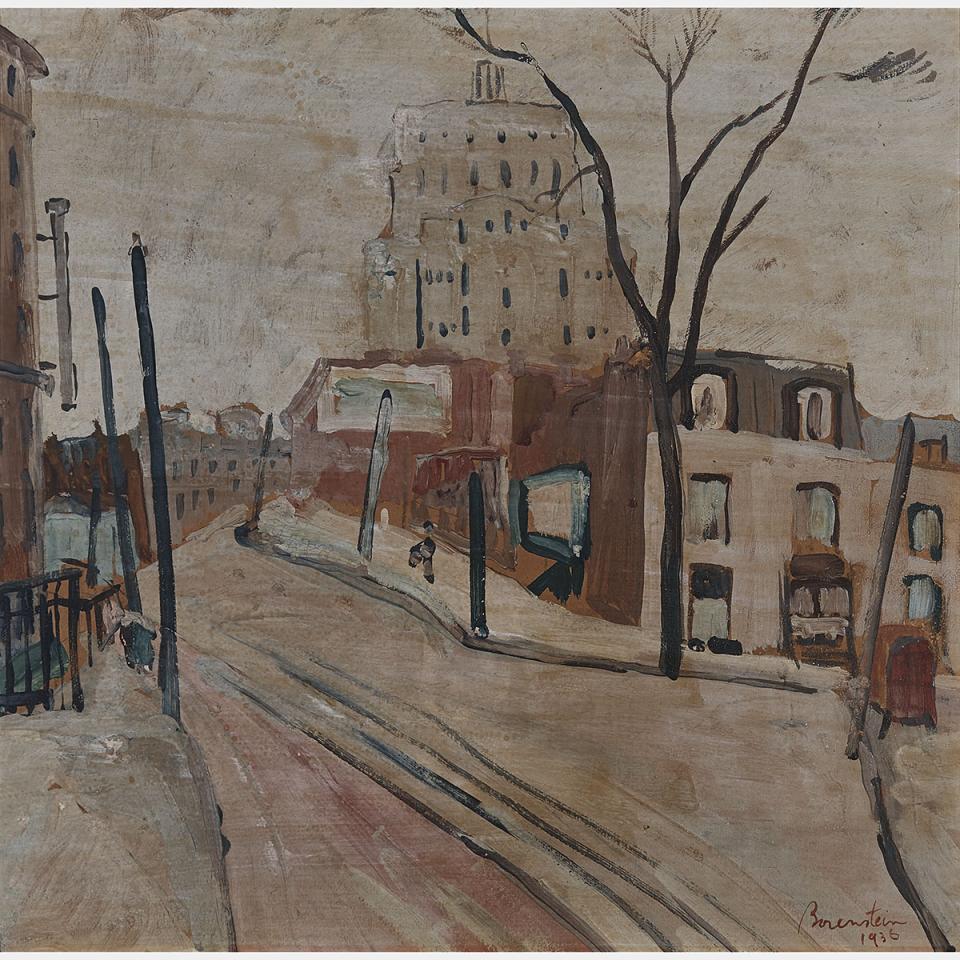 Sam Borenstein (1908-1969) was born in Lithuania and arrived in Montreal with his father and sister to join the rest of their family in 1921. He was encouraged to learn a trade, and by the early 1930s was working as a cutter in a Montreal textile factory. Borenstein, who began painting in 1930, was largely self-taught and inspired by the artists he befriended in local cafés, particularly the Russian painter, Alexander Bercovitch. He admired the European Expressionist painters (van Gogh, Soutine, Vlaminck), and was called the “Canadian Expressionist” based on his work from the later 1940s.

In its subject matter (an urban scene) and free brushwork (the utility poles lean at precarious angles), this early painting anticipates Borenstein’s later work, whereas the artist later painted using bright colours in thick impasto with gestural brushwork, here he has applied muted tones in thin layers that allow the support (board) to show through. The view is southwest down Dorchester Boulevard in Montreal (now Boulevard René Lévesque) from around Avenue du Parc, just before a bend in the road. In the distance rises the Sun Life Building, the tallest edifice in Montreal when it was completed in 1931 until the 1960s.